Al Franken: Giant of the Senate- Feature and Review 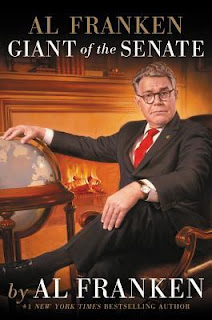 From Senator Al Franken - #1 bestselling author and beloved SNL alum - comes the story of an award-winning comedian who decided to run for office and then discovered why award-winning comedians tend not to do thatThis is a book about an unlikely campaign that had an even more improbable ending: the closest outcome in history and an unprecedented eight-month recount saga, which is pretty funny in retrospect.
It's a book about what happens when the nation's foremost progressive satirist gets a chance to serve in the United States Senate and, defying the low expectations of the pundit class, actually turns out to be good at it.
It's a book about our deeply polarized, frequently depressing, occasionally inspiring political culture, written from inside the belly of the beast.
In this candid personal memoir, the honorable gentleman from Minnesota takes his army of loyal fans along with him from Saturday Night Live to the campaign trail, inside the halls of Congress, and behind the scenes of some of the most dramatic and/or hilarious moments of his new career in politics.
Has Al Franken become a true Giant of the Senate? Franken asks readers to decide for themselves.

Al Franken, Giant of the Senate by Al Franken
My rating: 5 of 5 stars

Al Franken: Giant of the Senate is a 2017 Twelve publication.

It’s always a slippery slope when reviewing a non-fiction politically based book. However, in the states, the current political polarization makes it even more of a challenge.

But, never fear, this review will not be a political commentary. Franken's views fall within party lines, and if you are a democrat you will agree with him on most issues, and if not, you do know going in what his values are and what his political opinions will be, so I won't delve into those here.

‘They tell you in this country that you have to pull yourself up by your bootstraps. And we all believe that. But, first you’ve got to have the boots”


Al Franken wasn’t really on my radar, politically, until after the 2016 election. I watched all the confirmation hearings, and of course anyone following politics will know Franken asked some pretty tough questions and caused quite a stir by asking what on the surface were pretty innocuous questions. He had done his homework, which is more than I could say about most participating in those proceedings. And...

I knew Franken had been a writer for Saturday Night Live and had been elected to the senate, representing the state of Minnesota. But, since he does not represent my state, I never heard much about him or how he was doing in his job as senator.

But, once I saw him in action, I was very impressed and couldn’t wait to read more about his life.

Franken is naturally funny. He doesn’t have to work at it at all, coming up with hilarious quips right off the top of his head. However, in Washington, these folks are not exactly known for their sense of humor. Therefore, Al has had to tone down his humor in order to be taken seriously, to appease other members of his party, and of course to keep himself from saying something that might get him in hot water.

He does a great job of balancing his gregarious personality with the seriousness of his job, and frankly, it’s too bad, other members of Congress worry so much about making jokes or laughing at the absurdity of politics, or at their own party. 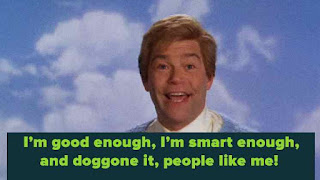 But, Franken is able to release a bit of his pent -up humor in this book, which detailed his very interesting journey into politics, the messiness of campaigning, raising money, mistakes he made, the challenges he faced, and his hopes for the future.

I was impressed by his sharpness, his work ethic, and how he plays the political game. It is obvious he and his wife have a strong relationship, and he enjoys his family, which was very refreshing.

Al will surprise you with how prepared he is, how serious he takes his responsibilities, his willingness to work with those on the other side of the aisle, his openness, and sense of fair play.

Al is a democrat through and through, but even if you are not, you have to love the dedication, the sincerity he exudes and believe me, with only one notable, (and spot on), exception, Al gets along, and is respectful to his Republican counterparts, working side by side with them to actually see results.

I thoroughly enjoyed Al’s humor, the glimpse into his personal life, looking back on some memorable SNL skits and personalities, and reading about Al’s tenuous political beginnings. His journey has been very interesting! Al has a larger than life persona and I believe his state is lucky to have them on their side.

This book also has some marvelous personal photographs, and his grandchildren are simply adorable!! 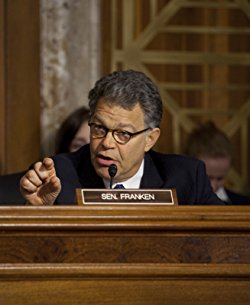 
Senator Al Franken has represented Minnesota in the United States Senate since 2009. Before entering politics, he was an award-winning comedy writer, author, and radio talk show host. He's been married to his wife, Franni, for 41 years — many of them happy. They have two children, Thomasin and Joe, and three grandchildren. Senator Franken graduated from Harvard College and received his doctorate in right-wing megalomania studies from Trump University.