The Leavers by Lisa Ko- Feature and Review 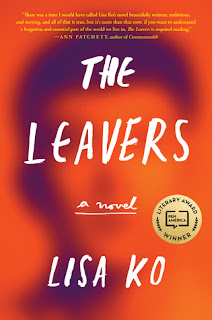 One morning, Deming Guo’s mother, an undocumented Chinese immigrant named Polly, goes to her job at the nail salon and never comes home. No one can find any trace of her.
With his mother gone, eleven-year-old Deming is left with no one to care for him. He is eventually adopted by two white college professors who move him from the Bronx to a small town upstate. They rename him Daniel Wilkinson in their efforts to make him over into their version of an “all-American boy.” But far away from all he’s ever known, Daniel struggles to reconcile his new life with his mother’s disappearance and the memories of the family and community he left behind.
Set in New York and China, The Leavers  a vivid and moving examination of borders and belonging. It’s the story of how one boy comes into his own when everything he’s loved has been taken away--and how a mother learns to live with the mistakes of her past.
This powerful debut is the winner of the 2016 PEN/Bellwether Prize for fiction, awarded by Barbara Kingsolver for a novel that addresses issues of social justice.

The Leavers by Lisa Ko
My rating: 4 of 5 stars

The Leavers by Lisa Ko is a 2017 Algonquin Books publication.

Polly immigrates to the US from China and is raising her young son Deming, living with her boyfriend, Leon, his sister, Vivian, and her son, Michael. But, one day, after an argument, Polly leaves for work and disappears.

With no blood relatives, Deming finds himself at the mercy of Vivian, who says she can’t afford to keep him. However, he does end up in a good home, with Kay and Peter, an educated couple who try their best to offer him a better life.

After his adoption, Kay and Peter change his name to Daniel, completing his transformation into their environment. But, all the while, his mother’s fate haunts him. Had she simply abandoned him or did something terrible happen to her?


There are many books about mothers and daughters, a relationship often fraught with various juxtapositions, but a bond between a mother and her son, is something we should explore and cheer on more often.

In this case, Deming never knew his father, so his mother was his whole world. He struggles to adapt to his new life, bowing under pressure, developing a gambling problem, but finding relief through music.

I don’t think it’s rocket science to conclude that Deming/Daniel’s unrest, his inability to settle in and focus is wrapped up in his lack of closure concerning his mother, and his struggle with the two sides of him, with his peace of mind remaining elusive.

But, by the second part of the story, I began to understand there was more going on that what appears on the surface, shifting the focus onto the broken immigration system, giving Polly a chance to tell her side of the story. She too, struggles with a duality, trying to meld her past self with the woman and the life she has now.

Kay and Peter , patting themselves on the back for giving Daniel a new life when a younger child was what they would have preferred. Not only that, they project their and perhaps unrealistic expectations onto Daniel, unable to understand his seeming lack of ambition.

While, Kay and Peter aren’t necessarily bad people, they aren’t exactly warm and fuzzy either, and although they do put some effort into making him feel more comfortable in his mostly white surroundings, they are perhaps a little credulous.

So, ultimately, there really are no bad guys, per se, except for and consequences faced by immigrants, which of course makes this story especially poignant and relevant in this moment in time.

There are some parts in the book that went on too long or went into too much detail, especially since it didn’t exactly add a lot to the relevance of the situation, and bordered on ‘filler’, but that’s really just a minor blip when compared with what I took away from the story.

The novel is partly a mystery, since we have no idea what has become of Polly after her vanishing act, but it is mostly a story about the bond between a mother and son, the cause of the heartbreaking rip in their relationship, the resulting fall out, and the struggle to find one’s true identity. 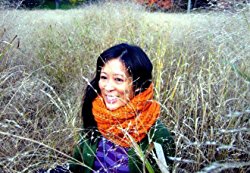 I'm the author of THE LEAVERS, a novel that won the 2016 PEN/Bellwether Prize for Socially Engaged Fiction. Set in New York and China, THE LEAVERS one young man's search for his mother, an undocumented Chinese immigrant who disappears when he's 11 years old, after which he is adopted by a white family. It's the story of one mother and her son: what brings them together and takes them apart. Learn more about me and my writing at lisa-ko.com.
Posted by gpangel at 1:00 AM