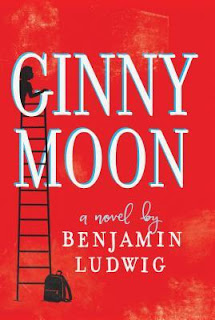 Meet Ginny. She’s fourteen, autistic, and has a secret…
Ginny Moon is trying to make sense of a world that just doesn’t seem to add up….
After years in foster care, Ginny is in her fourth forever family, finally with parents who will love her.
Everyone tells her that she should feel happy, but she has never stopped crafting her Big Secret Plan of Escape.
Because something happened, a long time ago – something that only Ginny knows – and nothing will stop her going back to put it right…

Ginny Moon by Benjamin Ludwig
My rating: 5 of 5 stars

This is one of those rare novels that everyone should read, no matter which way your tastes in books may run.

I realize the author has some experience dealing with special needs children, which gives him a great deal of personal insight. However, climbing inside the mind of an autistic fourteen year old girl and giving her a voice that is so realistic, is quite a feat.

Ginny will touch your heart in so many ways. She will break it, warm it, and steal it all in one sitting.

Maura and Brian adopted Ginny, an autistic child, who has lived through a disgusting level of abuse. While Ginny is challenging under normal circumstances, the impending birth of the couples’ first biological child, brings about an entirely new set of concerns.

But, what no one seems to recognize is that Ginny has a secret locked inside of her, and it’s ripping her apart. What she knows, and feels, no matter how many ways she attempts to voice it, does not seep into the consciousness of the adults in her life.

She is desperate to find her ‘baby doll’, and no one understands why her quest is so important to her, which explains so much about why she keeps trying to find her birth mother.

I can’t praise the writing enough. The author has done a fantastic job of breathing life into such a precious girl, while highlighting the inward struggle those with autism live with. I felt as though all the characters were well drawn, and very credible.

I admit I have no first -hand experience with autism, but I trust the author’s, and as such, I believe this book is a fine representation of what it might be like to live with the disorder, not only from Ginny's perspective, but also examines the challenges parents and caregivers face.

It is frustrating on one hand, because I knew what was in Ginny’s mind and couldn’t understand why no one else picked up on it, but I could also understand how exhausting it must be, especially with so many other factors involved. I tried not to pass judgement, and understood the feelings of the adults involved were very raw and quite feasible and honest.

Although it is a slow and ‘tedious’ journey, not only for Ginny, but also for her ‘Forever’ family, the rewards made it all worthwhile.

I am so glad I discovered this book! It’s an awesome portrait of a very special young lady, and is a very affecting story that had a big impact on me. 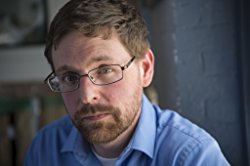 A teacher of English and writing, Benjamin Ludwig lives in New Hampshire with his family. He holds an MAT in English Education and an MFA in Writing. Shortly after he and his wife became foster parents and adopted a teenager with autism. Ginny Moon is his first novel. His website is available at www.benjaminludwig.com, and he tweets @biludwig.
Posted by gpangel at 1:00 AM