Woman No. 17 by Edan Lepucki- Feature and Review 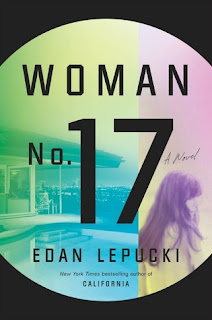 A sinister, sexy noir about art, motherhood, and the intensity of female friendships, set in the posh hills above Los Angeles, from the New York Times bestselling author of California.
High in the Hollywood Hills, writer Lady Daniels has decided to take a break from her husband. She’s going to need a hand with her young son if she’s ever going to finish her memoir. In comes S., a magnetic young artist, who will live in the secluded guest house out back, care , and keep a watchful eye on her older, teenage, one. S. her day job beautifully, quickly drawing the entire family into her orbit, and becoming a confidante for Lady. But as the summer wears on, S.’s connection to Lady’s older son takes a disturbing, and possibly destructive, turn. Lady and S. move closer to one another as they both threaten to harm the things they hold most dear.
Darkly comic, and tense, this mesmerizing new novel defies expectation and proves Edan Lepucki to be one of the most talented and exciting voices of her generation.

Offbeat mixture of art and the complexities of motherhood.

Set in the Hollywood Hills, Lady Daniels is working on a book about her son, Seth, a selective mute, who is now in his late teens.

Lady also has a toddler with her second husband, from whom she is now separated. She needs a nanny so she can concentrate on her writing, so with hardly a second thought, she hires Esther, whom she refers to as ‘S’.

Along the way, we learn about Seth’s father, Lady’s mother, her ex, Marco, her current husband, Karl, and his sister, Kit. We also learn that Esther is acting out a unique art form that involves immolating her mother.

But, the story’s main focus is on the women, ‘S’ and Lady, and their relationship with each other, with Seth, and with their own mothers.

First of all, this book was a little strange, and not at all what I was expecting. But, I couldn’t help but pick up on the underlying ode to motherhood, the way we view our own mothers, the kind of mother’s we become and the consequences of our choices. But, it is also about friendship, and the odd connection Lady and 'S' have with one another.

For Lady, the fact that Seth does not speak, has her over compensating in a way that freezes out her youngest son. Guilt, an unhealthy fixation on her ex, mingled with regret, and an obsessive need to micro-manage and protect, Seth makes her vulnerable to ‘S’, a young woman she becomes very close to.

By comparison, ‘S’ is trying to capture the essence of her own mother, by using her as a prop, so to speak for her artistic experiment. She, too, is drawn into a friendship with Lady, but is also very aware of Seth.

It’s really a story with many complexities, and I suppose can be interpreted in various ways. It is labeled as a psychological thriller, but you know, I'm not so sure that fits. It does certainly have its moments of suspense and carries a dark atmosphere, but it's not like any PT, I've ever read.

Sometimes, when I read a book like this one, I worry about missing something symbolic or that the allegory is sailing right over my head. I don’t know if there some big message the author wished for readers to grasp, or if I am totally missing the point.

For example, the artistry mixed into the story which was so unusual. Perhaps the ‘Woman No. 17’ photo was symbolic, in that it froze Lady into a set period of time, a representation of has come to resent, regret, and wishes to move away from?? .... Or not??

There is a surprising twist in the end, and I wasn’t sure how to feel about that. But, I did see character growth, and the very last bit of the book was a little cheeky, which was a fitting conclusion.

This book was a challenge for me, but that’s not necessarily a bad thing. It gave me something to puzzle over, and gave my brain a little workout, plus I appreciated the imagination and originality of it, as well as the dark humor sprinkled in here and there, which made it a nice change of pace, even if I wasn’t entirely sure what to make of it, at times.

GET YOUR COPY HERE:
https://www.amazon.com/Woman-No-17-Edan-Lepucki-ebook/dp/B01KE67DEU/ 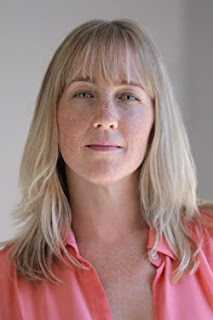 Edan Lepucki is the New York Times bestselling author of California, as well as the novella If You're Not Yet Like Me. Her next novel, Woman No. 17, will be published by Hogarth/Crown in May of 2017. She is a graduate of Oberlin College and the Iowa Writers' Workshop, and her short fiction and nonfiction have been published in McSweeney's, Narrative Magazine, the Los Angeles Times, and the New York Times. She is a staff writer for The Millions and the founder of Writing Workshops Los Angeles. She likes cooking, reading and filling out forms.