The Hollywood Daughter by Kate Alcott - Feature and Review 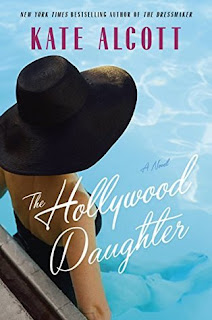 From the New York Times bestselling author of The Dressmaker A Touch of Stardust, comes a Hollywood coming-of-age novel, in which Ingrid Bergman's affair with Roberto Rossellini her biggest fan to reconsider everything she was raised to believe
In 1950, Ingrid Bergman—already a major star after movies like Casablanca and Joan of Arc—has a baby out of wedlock with her Italian lover, film director Roberto Rossellini. Previously held up as an icon of purity, Bergman's fall shocked her legions of American fans.
Growing up in Hollywood, Jessica Malloy watches as her PR executive father helps make Ingrid a star at Selznick Studio. years of fleeting interactions with the actress, Jesse comes to idolize Ingrid, who she considered not only the epitome of elegance and integrity, but also the picture-perfect mother, an area where her own difficult mom falls short.
In a heated era of McCarthyism and extreme censorship, Ingrid's affair sets off an international scandal that robs seventeen-year-old Jesse of her childhood hero. When the stress placed on Jesse's father begins to reveal hidden truths about the Malloy family, Jesse's eyes are opened to the complex realities of life—and love.
Beautifully written and deeply moving, The Hollywood Daughter is an intimate novel of self-discovery that evokes a Hollywood sparkling with glamour and vivid drama.

The Hollywood Daughter by Kate Alcott
My rating: 4 of 5 stars

The Hollywood Daughter by Kate Alcott is a 2017 Doubleday publication.

Alcott captures the glamour and awe of Hollywood amid the tensions and fears of McCarthyism and the scandal that sent shockwaves throughout the industry, but is also an intimate look at family, the cracks in the veneer, the loyalty, the secrets, and the importance of learning priorities, relinquishing false illusions, and learning to forgive, not only others, but yourself.

This story may have gotten off to a slow start, but by the half way mark, I was completely immersed in the drama surrounding the paranoia of McCarthyism and Ingrid Bergman’s shocking affair that made her a cast out for nine long years, but equally compelled by Jessica’s family dynamic and personal experiences at her Catholic school, and her relationship with her parents, especially with her mother.

Jessica’s father is Ingrid’s publicist, and Jessica is absolutely devoted to Ingrid. Her reverence for Ingrid is so deeply rooted she remains devoutly loyal to her through the scandal and her exile, which came at a very high personal cost to Jessica and her family.

The author did an incredible job of bringing Ingrid Bergman to life, of creating the anxiety and toll the Hollywood witch hunt took on the industry, how it hurt people, and the of Bergman’s
affair, as seen through the eyes of young Jessica during her teenage years.

The story delves into Jessica’s personal life, as she struggles through the angst of growing up, dealing with her mother’s periods of depression and her parent’s marital woes. Her personal journey is tied in with Bergman’s life in so many ways, as it is with her father’s career, which causes her to make, then regret, personal and very controversial decisions, that will follow her into adulthood, haunting her to the point where she finally reaches an emotional precipice of adulthood.

I have always loved novels centered around the ‘golden age’ of Hollywood, because let’s be honest, that level of glamour, writing, and acting has never quite reached that pinnacle in any era since then. I was not familiar with the big Bergman scandal until, while watching ‘Casablanca’ with my parents, they related the story of how she became a pariah in the United States, with her scandalous affair, reaching all the way to the Senate floor, where she was lambasted as ‘powerful influence of evil’.

But, the story is much more than a coming of age tale, and touches on more than a young girl’s fantasy surrounding her favorite actress. It was also about judgmental hypocrisy, the drive to censor the arts, the conflicts Jessica faces about her church and religion, especially after the harsh and swift retribution passed in Hollywood, on Bergman, and her own family.

But, I think it also speaks to the incredible and unrealistic pressure we place celebrities, by placing them on a pedestal to be worshiped, insisting they live up to our idealized image of them, when the truth is, they are people, just like you and me. When they fall, make a blunder, like an ill -advised tweet, for example, we will crucify them today, just as Bergman was judged and shamed back in 1949/50.

But, in the end, Jessica's struggle to understand her mother, fighting her own personal inability to forgive herselfunable to move forward without relinquishing her idealist hero worship of Ingrid Bergman, is at the heart of the story.

In the end, Jessica will mature enough to see which are the most important, will find understanding, and move on into adulthood, stronger and more at ease with herself.

I enjoyed Jessica’s journey, her voice was real, honest, and heartfelt, and realistic and really struck a chord with me.

I would like to say we’ve moved forward, upwards and onwards from those days, but we still fall into those same traps, and are ever in danger of seeing history repeat itself, but one thing we will probably never experience again in the same way, is the Golden Years of Hollywood. 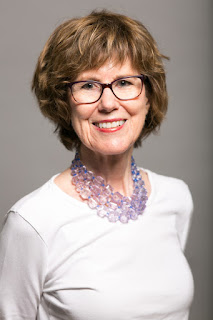 Kate Alcott is the pseudonym for journalist Patricia O’Brien, who has written several books, both fiction and nonfiction. As Kate Alcott, she is the author of The Dressmaker (a New York Times bestseller), The Daring Ladies of Lowell, and A Touch of Stardust. She lives in Washington, D.C.