This week's debut feature is the first book in the long running 87th Street Precinct series by Ed McBain. 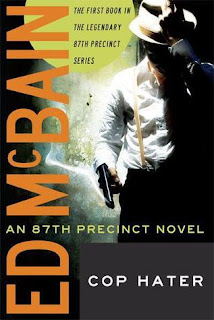 When a gunman begins ambushing and gunning down cops from the 87th Precinct in cold blood, it’s up to Detective Steve Carella to sort out who and why—before he finds himself on the wrong end of the killer’s45.

Cop Hater by Ed McBain
My rating: 4 of 5 stars

Cop Hater by Ed McBain is a 2012 Thomas & Mercer publication.


This book was originally published way back in 1956 and is the first in the 87th precinct series, one of the longest running crime series in history, with a whopping fifty-five installments.

I’m not one hundred percent positive, but as far as I can tell, the entire series of books is available in the Amazon Kindle store, the digital format published by Thomas & Mercer, I believe. I also noticed that some of the books are part of the Kindle Unlimited program, (though, not all), which is nice if you are a subscriber.

As a vintage paperback collector, I have a healthy collection of Ed McBain novels, but not all of them are from this series. I keep my eyes peeled for them here and there and hope to someday own the entire collection, without breaking the bank.

But now that the books have been reissued in digital format, I am entertaining the idea of reading through the entire series, in order, if possible.


This first installment introduces us to the 87th precinct, set in the fictional location of Isola, which is obviously based on the city of Manhattan.

The series is a straightforward police procedural, which no doubt, was a real trailblazing novel back in 1956. The plot and dialogue would have been cutting edge, filled with ‘street’ vernacular that the ordinary person might not have been familiar with.

Now, however, the story is a little dry, and may even put you in mind of the old “Dragnet” series. The dialogue is hilariously outdated, at times, and the plot was easy to figure out. But, it’s an easy read, with a scant 224 pages, and despite being outdated, there is a Noir feel to the story, though that is rarely mentioned, which gave it a touch of style. The series is dark, gritty, and its realism paved the way for many influential novelists, books, television shows, and movies.

If you haven’t read any of the books in this series, try thinking of ‘Hill Street Blues’ as an example of how the series is constructed. There is an ensemble cast, with recurring characters, which I think is a very good idea.

Although the novel is a bit past its prime, I still enjoyed reading it, and appreciated the author’s approach. I can see why the series was so popular and why it continued for as long as it did.

I think it’s going to be fun and entertaining to work my way through these classic crime novels!!

THIS BOOK IS ALSO A PART OF THE KINDLE UNLIMITED PROGRAM. 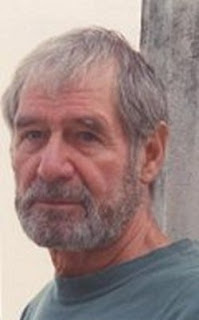 Ed McBain was one of the many pen names of the successful and prolific crime fiction author Evan Hunter (1926 – 2005). Born Salvatore Lambino in New York, McBain served aboard a destroyer in the US Navy during World War II and then earned a degree from Hunter College in English and Psychology. After a short stint teaching in a high school, McBain went to work for a literary agency in New York, working with authors such as Arthur C. Clarke and P.G. Wodehouse all the while working on his own writing on nights and weekends. He had his first breakthrough in 1954 with the novel The Blackboard Jungle, which was published under his newly legal name Evan Hunter and based on his time teaching in the Bronx.Perhaps his most popular work, the 87th Precinct series (released mainly under the name Ed McBain) is one of the longest running crime series ever published, debuting in 1956 with Cop Hater and featuring over fifty novels. The series is set in a fictional locale called Isola and features a wide cast of detectives including the prevalent Detective Steve Carella. McBain was also known as a screenwriter. Most adapted a short story from Daphne Du Maurier into the screenplay for Alfred Hitchcock’s The Birds (1963). In addition to writing for the silver screen, he wrote for many television series, including Columbo and the NBC series 87th Precinct (1961-1962), based on his popular novels.McBain was awarded the Grand Master Award for lifetime achievement in 1986 by the Mystery Writers of America and was the first American to receive the Cartier Diamond Dagger award from the Crime Writers Association of Great Britain. He passed away in 2005 in his home in Connecticut after a battle with larynx cancer.
Posted by gpangel at 1:00 AM