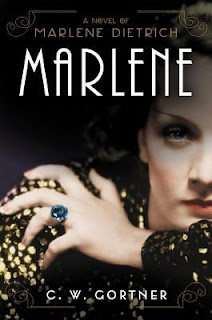 A lush, dramatic biographical novel of one of the most glamorous and alluring legends of Hollywood’s golden age, Marlene Dietrich, from the gender-bending cabarets of Weimar Berlin to the lush film studios of Hollywood—a sweeping story of passion, glamour, ambition, art, and war from the author of Mademoiselle Chanel.
Raised in genteel poverty after the first World War, Maria Magdalena Dietrich dreams of a life on the stage. When a budding career as a violinist is cut short, the willful teenager vows to become a singer, her family’s proper, middle class society the free-spirited, world of Weimar Berlin’s cabarets and drag balls. With her sultry beauty, smoky voice, seductive silk cocktail dresses, and androgynous tailored suits, Marlene to packed houses, and becomes entangled in a series of stormy love affairs that push the boundaries of social convention.
For the beautiful, desirous Lili Marlene, neither fame nor marriage and motherhood can cure her wanderlust. As Hitler and the Nazis rise to power, she sets sail for America. Rivaling the success of another European import, Greta Garbo, Marlene quickly becomes one of Hollywood’s leading ladies, starring with legends such as Gary Cooper, John Wayne, and Cary Grant. Desperate for her return, Hitler tries to lure her with dazzling promises. Marlene instead chooses to become an American citizen, and after her new nation is forced into World War II, tours with the USO, performing for thousands of Allied troops in Europe and Africa.
But one day she will return to Germany. Escorted by General George Patton himself, Marlene is heartbroken by the war’s devastation and the evil legacy of the Third Reich that has transformed her homeland and the family she loved.
An enthralling and insightful account of this extraordinary legend, Marlene reveals the inner life of a woman of grit, glamour, and ambition who defied convention, seduced the world, and forged her own path on her own terms.

Marlene by C.W. Gortner
My rating: 4 of 5 stars

Marlene by C.W. Gortner is a 2016 William Morrow publication.

I will admit up front that I did not realize this was a work of fiction, at first. I was a little disappointed since I was hoping for a traditional biography, but it was my own fault for not reading the synopsis carefully.

I had not experienced this type of biographical fiction until recently, but I found it to be an intriguing way of telling a person’s life story.

This one, though, was not a factual as I would have liked, with some suggestions being so incredible, I had to do a Google search to see if it was true. The information wasn’t necessarily outright false, since there is no way to disprove or validate it, so I suppose it’s up to the reader to decide what they want to believe… or not. I do understand this is a novel, and liberties were taken, I just wish I knew what was fact and what was fiction.

Yet, it is obvious the author did his research, and not only does he know his subject, but he obviously admired her, and was true to her legacy.

Despite my misunderstanding of the book’s format, I still found myself mesmerized by the story. Marlene was quite the character, and certainly lived life on her own terms, as much as she could.

Her first -person narrative is often amusing, and I think it did capture the woman’s essence in some ways. She was bold, promiscuous, forthright, yet manipulative at times, loved to shock and offend, play games with people, and live large. But, she lived for herself, it seems, and only herself, even though she had a husband and daughter, she rarely saw or had much of a relationship with. Her feelings never seemed to run too deeply, in my opinion.

Yet, she was refreshing in that ‘what you see, is what you get’ way, and of course she absolutely defined glamour. She was a , and 'gender bender', and was well ahead of her time. She was adored by male and female fans, alike.

No biographical accounting of Marlene’s life would be complete without mentioning the famed rivalry between Marlene and Greta Garbo, which was explained, and played up here, just as the press did at the height of their popularity and fame.

I think both actresses deserved credit, both were special and ahead of their time, but to me, Marlene was much edgier, and seemed to enjoy being that way. Her teasing and daring literally jumps out at you from the screen, and leaves a lasting impression.

The novel ends without exploring the latter years of her life, where she experienced very hard times as well as enjoying many bright spots before she became totally reclusive, struggling with addiction and ill health.

While the book just stops, in a jarringly abrupt and awkward way, I felt the author’s focus on her early life was probably a good idea, especially since it captures the atmosphere surrounding the second world war, so well, and Marlene’s staunch stand against the Nazi’s and Hitler. While she often untouched by what was going on, due to her work schedule, she did become more attune and shunned Berlin most of her life.

Another pivotal part of her life, where her years with director von Sternberg, and it was only fitting, that some time was spent examining this relationship and the obvious impact it had on Marlene’s rise to superstar status, as well as examining the ultimate downfall of the collaboration, which also sent Marlene onto a different path career wise, so it was all very fascinating.


There were many critical insights into Marlene’s life and how she chose to live it. She is, even now, a controversial figure, but one that is remembered as one of the best actresses of all time.

I would like to find a more comprehensive biography, which will tell the whole of Marlene’s life and is written in the traditional biographical format. If anyone has a suggestion, feel free to recommend one.

It’s been years since I’ve watched one of Dietrich’s films, and I will admit, a little sheepishly, that the movies I remember her the most are the ones she made later in her life, such as ‘Witness for the Prosecution’, and not her groundbreaking roles, like ‘Blue Angel- Lola Lola’, probably because they were more readily assessable, but this book has me thinking of doing some binge watching one day soon.

I have on occasion lamented the bygone era of such beautiful glamour, of the risk takers, and the trailblazers, and the multi-talented performers, with wide ranging depth and acting range. Marlene was all of those things, and more. All you had to do was look into those soulful eyes just once and you were under her spell.

This is certainly an interesting spin on Marlene’s life, ‘through her own words’, which was both interesting and occasionally shocking, even now.

Although, this was not the type of book I went looking for, I am glad I happened across it. It’s different, for sure, but was well done, overall.

GET YOUR COPY HERE:
https://www.amazon.com/Marlene-Novel-C-W-Gortner-ebook/dp/B014PSOVHA/ 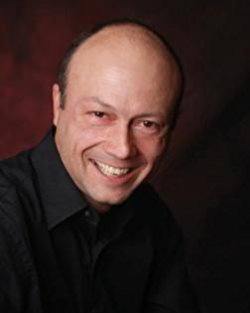 C.W. Gortner holds an MFA in Writing with an emphasis on Renaissance Studies from the New College of California and a degree in fashion marketing. In his extensive travels to research his books, he has experienced life in a Spanish castle and danced in a Tudor great hall. Half-Spanish by birth, his novels have been translated in over 20 languages to date.
C.W. talking to book groups. To schedule a chat or find out more about his work, visit: http://www.cwgortner.com