Abigale Hall by Lauren A. Forry- Feature and Review 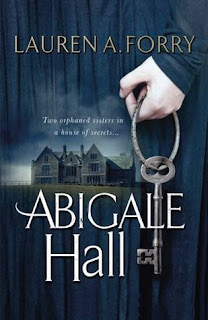 Amidst the terror of the Second World War, seventeen-year-old Eliza and her troubled little sister Rebecca have had their share of tragedy, losing their mother to the Blitz and their father to suicide. But when they are forced to leave London to work for the mysterious Mr Brownawell at Abigale Hall, they find that the worst is yet to come...
There are tales that the ghost of Mr Brownawell's bride-to-be haunts the desolate mansion, and in the village there are shocking of maidservants meeting a terrible fate within its walls. But is it superstition that Eliza should be afraid of or is there something real and deadly lurking in the dark, dusty rooms of Abigale Hall? Yet vicious, cold-hearted Pollard will stop at nothing to keep the mansion's terrible secrets, and she exerts a twisted hold over Rebecca.
To save herself and her sister descending into madness, Eliza must wage a desperate battle to escape back to London and uncover the horrifying truth before Abigale Hall claims two more victims. Taut and suspenseful, Abigale Hall is a thrilling debut from Lauren A. Forry.

Abigale Hall by Lauren A. Forry
My rating: 4 of 5 stars

Abigale Hall by Lauren A. is a 2016 Black & White publishing publication.

I’m always on the lookout for a modern, (recently released), pure Gothic tale, meaning all the great Gothic ‘must haves’ are present and accounted for, such as the large manor house, the strange housekeeper, some supernatural element or , and the brave young lady who must fight off the forces of evil in one form or another.

This book certainly has all those elements, and the author did a fantastic job of creating that mood and atmosphere that I so love about Gothic mystery and horror.

The historical details added a nice touch, the characters were well drawn, the Welsh setting is of course the perfect location, and the heavy of evil continually lingers in the air.

The narrative sags and pacing lags on occasion, and the plot is not always cohesive or as tightly woven as I would have liked, but I could overlook it on this occasion, mainly because of the chills and thrills, and horrifying shivers I got along the way, which is what really makes the book work.

The ending is an unexpected stunner, and reminded me a little of the old chillers written back in the seventies. I love those books and have long hoped that someone would revise the genre a bit, give it a modern flair, without watering it down or sacrificing the spooky atmosphere in the process. This author has done an admirable job of that here.

Overall, this creepy tale of Gothic horror and suspense is the perfect book to curl up with on a dark and stormy night. But, beware… you might go to sleep with the lights on! 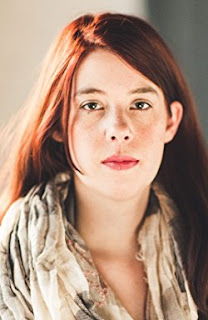 Lauren A. Forry was brought up in the woods of Bucks County, her FBI agent father and book-loving mother raised her on a diet of The X-Files and RL Stine. After earning her BA in Cinema Studies from New York University, she spent some time in film production before moving to she earned her MFA in Creative Writing from Kingston University. There she was awarded the Faber and Faber Creative Writing MA Prize for her first horror novel, ABIGALE HALL (Black & White Publishing, February 2016). Her short stories have since been published by Brick Moon Fiction, Lamplight Magazine, and in multiple sci-fi and horror anthologies. She currently resides in the can, on occasion, be found in the quieter parts of London.
Posted by gpangel at 1:00 AM