The Fall of Lisa Bellow by Susan Perabo- Feature and Review 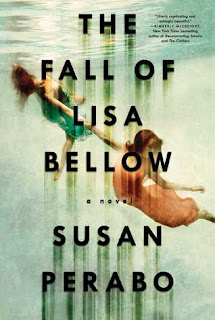 When a middle school girl is abducted in broad daylight, a fellow student and witness to the crime copes with the tragedy in an unforgettable way.
What happens to the girl left behind?
A masked man with a gun enters a sandwich shop in broad daylight, and Meredith Oliver suddenly finds herself ordered to the filthy floor, where she cowers face to face with her nemesis, Lisa Bellow, the most popular girl in her eighth grade class. The minutes tick inexorably by, and Meredith lurches between comforting the sobbing Lisa and imagining her own impending death. Then the man orders Lisa Bellow to stand and come with him, leaving Meredith the girl left behind.
After Lisa’s abduction, Meredith spends most days in her room. As the community stages vigils and searches, Claire, Meredith’s mother, is torn between relief that her daughter is alive, and helplessness over her inability to protect or even comfort her child. Her daughter is here, but not.

The Fall of Lisa Bellow by Susan Perabo
My rating: 4 of 5 stars

The Fall of Lisa Bellow by Susan Perabo is a 2017 Simon & Schuster publication.

This is a poignant and haunting, if not slightly offbeat novel, which examines the aftermath of a robbery and the kidnapping of Lisa Bellow.

Lisa was one of the popular girls in school and could lash out with her poisonous tongue, which Meredith Oliver found herself on the receiving end of on a few occasions. But, Meredith was not going to allow Lisa’s presence in the Deli Barn deter her from getting a root beer after school one afternoon.

Little did Meredith know that her fateful choice would see both her and Lisa on the floor with a gun pointed at them during a robbery attempt. Nor could Meredith have foreseen that Lisa would be kidnapped during that robbery while Meredith was left behind.

This shattering event and the effect it has on the entire Oliver family is the focal point of the novel, with special emphasis on Meredith as she tries to cope with what is most assuredly survivor's guilt, mixed with a dash of PTSD.

As if thirteen isn't awkward enough, it's that age when parents are not sure how much freedom to bestow, wishing to hold on to the last vestiges of childhood and innocence, Meredith must now cope with being famous, trying to build mental toughness and desperately, and bravely attempting to deal with her problems alone, without calling attention to her troubling thoughts.

Mark and Claire, Meredith's parents, have only just begun to recover from the shock of having their son, Evan, blinded in one eye after suffering a horrible injury that also altered the course of his future, and are now trying to figure out how to help their daughter cope with a traumatic event, on top of maintaining busy careers and other obligations, which stretches the family to their limits.

Although Mark and Claire handle pressure and stress in different ways, I didn’t feel a strong like or dislike for either one of them, but occasionally felt myself identifying with Claire’s obvious pride in her children, her annoyance with her even keeled husband, the stress she puts on herself and the unapologetic way she expresses her relief that her child is safe. Her inner thoughts, which can be selfish, and maybe a little fiendish, are probably more realistic than some might want to admit.

Mark on the other hand, doesn’t get to voice his inner thoughts, but we learn enough about him from Claire and their dialogue with one another to get an idea of how he feels and copes, although he is a little too perfect sometimes, and I can see why Claire became frustrated with him.

Evan is typical, funny, and I think the trauma his sister suffered pulled him out of a long depression and prompted him to continue doing something he loved even if his prospects have changed. He was good to Meredith in his way, but the dynamic between them changes after the robbery and the hero worship Meredith once extolled on Evan quickly evaporates.

The teenage drama which deals with cliques and popularity is also considered as Meredith, once victimized, suddenly finds herself keeping company with a different crowd.

But, the thing that really sticks with me about this novel, is Meredith’s personal journey and the toll her harrowing experience took on her. Her guilt is palpable and my heart went out to her as she struggled to adjust to a new normal in her life and her attempts to help Lisa’s mother and hopefully find a way to discover who kidnapped her.

Meredith’s voice is filled with anxiety, fear, and lost innocence, but she is also a thoughtful, caring girl, desperate to make things better.

This book doesn’t offer up pat answers and realistically spotlights a family placed in extraordinary circumstances and how they rise to the occasion and how they falter at times. Ultimately, the story is about family, about surviving a tragedy, about bravery in the face of adversity and sticking together, determined to make it through the messiness of life, despite their flaws and missteps.

This is a thought provoking novel, in which the characters will linger around in my mind and heart for a time. Although the story is dark and melancholy, the ending left me with a feeling of hope for Meredith and her family. Although none of them will be the same, and Mark won’t be able to use his ‘reset’ card, the family will forge on and will each be the best they can be and do the best they can with what cards they are dealt. 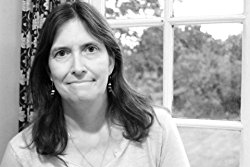 Susan Perabo's new novel, "The Fall of Lisa Bellow," will be released in spring, '17, from Simon & Schuster. She is also the author of two collections of short stories, "Why They Run the Way They Do" and "Who I Was Supposed to Be," and the novel, "The Broken Places.". Her fiction has been anthologized in "Best American Short Stories," "Pushcart Prize Stories," and "New Stories from the South," and has appeared in numerous magazines, including One Story, Glimmer Train, The Iowa Review, The Missouri Review, and The Sun. She is Writer in Residence and Professor of English and Creative Writing at Dickinson College in Carlisle, PA, and serves on the faculty of the Queens University low-residency MFA program in Charlotte, NC.