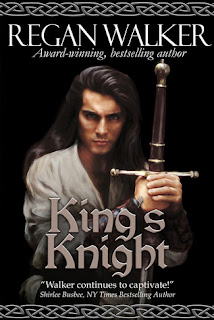 HE SEIZED LIFE BY THE THROAT
Dubbed the Black Wolf for his raven hair, his fierceness in battle and his way with women, Sir Alexander of Talisand attacked life as he did the king’s enemies. But acclaim on the battlefield and his lusty escapades did not satisfy. King William Rufus would bind him to Normandy through marriage to one of its noblewomen, but the only woman Alexander wanted was a commoner he had saved from a terrible fate.
SHE KEPT MEN AT BAY WITH HER BOW
The shame of being the child of a Norman’s rape dogged Merewyn’s steps from her youth. Determined never to be a victim of a man’s lust like her mother, in Wales she donned the garb of an archer and developed with a bow. Despite her fair beauty, men now keep their distance. No longer in need of protection from other men, can Merewyn protect herself from Alexander when he holds her heart yet can never be hers?

King's Knight by Regan Walker
My rating: 4 of 5 stars

The King’s Knight by Regan Walker is a 2016 publication.

This is the fourth book in Regan Walker’s Medieval Warrior’s series, but can be enjoyed as a stand alone.

The opening paragraphs of this novel grabbed my attention, as a dire situation puts Merewyn in a very serious and tense situation, but is heroically rescued by Sir Alexander of Talisand, otherwise known as ‘The Black Wolf.’

This event, as well as her personal heritage, prompts Merwyn to take a personal vow to never be a victim a man’s treachery again. She takes up archery as a way of protecting herself and over the years becomes quite proficient, even able to hold her own against her male counterparts.

But, despite her ability to protect her body and virtue, her heart is still vulnerable to Alexander, but her commonality and illegitimacy prevent any kind of a legitimate relationship between them.

Alex is very amorous with the ladies, but his parents have chosen a proper bride for him, but once he returns home, and sets eyes on the beautiful Merwyn, he realizes she is the only woman he wants to spend his life with.


I’m a big fan of Medieval fiction and romance, and as I’ve said many times before, Regan Walker’s attention to historical details and authentic history is astounding!

This story has plenty of court intrigue added to the angst ridden romantic entanglements between Alex and Merwyn.

is more than worthy of Alexander, but doesn’t have much confidence in herself in this area of her life. She is really stuck on the class differences, no matter how much Alex loves her.

Alex is the type of hero that makes my heart skip a beat. He must cope with impending war, honoring his father’s wishes, and his feelings for Merwyn.

As with all of Ms. Walker’s historical novels, this one is well researched and true to the era of time. For me, this one seemed a little more focused on the romantic elements than in previous chapters, providing a different sort of suspense, which is welcome and gives the story more potential to reach a broader audience, without sacrificing the authenticity and tone of the times represented.

I have enjoyed this series immensely and look forward to future installments as the series progresses into future generations. 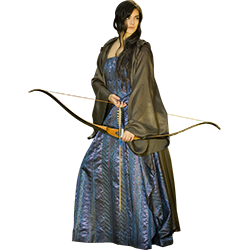 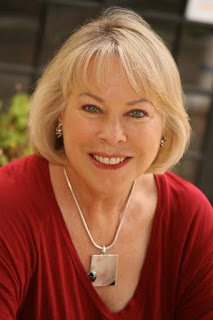 Award-winning, #1 bestselling author of Regency, Georgian and Medieval romances... also an avid reader/reviewer of historical romance. Check out my website: www.reganwalkerauthor.com, and my blog, Historical Romance Review: reganromancereview.blogspot.com. My stories are historically authentic and will sweep you away to another time and another place for adventure and love.
Posted by gpangel at 1:00 AM