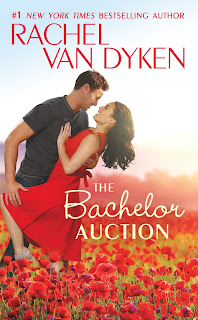 Cinderella never had to deal with this crap.

Jane isn't entirely sure that Cinderella got such a raw deal. Sure, she had a rough start, but didn't she eventually land a prince and a happily-ever-after? Meanwhile, Jane is busy waiting her demanding, entitled sisters, running her cleaning business, and . . , not a prince in sight. Until a party and a broken shoe incident leave if princes---or at least, a certain deliciously hunky billionaire---maybe do exist. 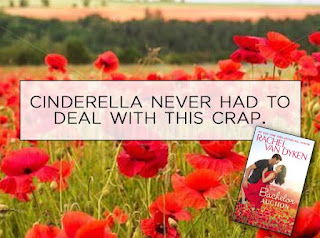 Except Brock Wellington isn't anyone's dream guy. Hell, a prince would never agree to be auctioned off in marriage to the highest bidder. Or act like an arrogant jerk---even if it was just a façade. Now, as Brock is waiting for the auction chopping block, he figures it's karmic retribution that he's tempted by a sexy, sassy woman he can't have. But while they can't have a fairy-tale ending, maybe they can indulge in a little bit of fantasy . .

The Bachelor Auction by Rachel Van Dyken
My rating: 4 of 5 stars

The Bachelor Auction by Rachel Van Dyken is a 2017 Forever publication.

This is a fun, modern day spin on the classic Cinderella story.

Brock Wellington and his twin brothers are single, and are known to be quite ‘social’, especially the twins who don’t even bother hiding their promiscuous ways. So, it’s Brock, who much step up to the plate and care for his brothers and run the company.

But, when their grandfather informs Brock that the board may make changes once he is gone because none of the Wellington boys are married, which doesn’t exactly scream stability. So, with time being of the essence, the old man decides to hold an auction – A Bachelor Auction- putting Brock on the block and at the mercy of the highest bidder. So, who will be the lucky lady?


Jane runs a cleaning business and tries to meet the exhausting demands of her younger sisters. When she meets Brock by chance, he is simply dreamy, causing her to divulge in a few harmless fantasies about prince charming.

When Brock decides to spend a few weeks at the family ranch while the media hypes up the auction, he is stunned to find Jane there and even more surprised to learn his grandfather has hired her to keep the place clean while he’s staying there.

But, Jane soon learns the charming, sweet man she met before was a mirage, and the Brock Wellington she has been hired to take care of, is a royal pain in the butt!

But, as they spend more time together the initial chemistry between them is becoming harder and harder to deny. Still, once auction day rolls around, Brock will be lost to Jane forever- unless…

Romance novels inspired by beloved or miss with me. When we have such a familiar setup, the author really has to work hard to make the story unique and put their own personal stamp on it.


RVD did an amazing job with that and in the process created a delightful and charming love story anyone can enjoy.

There are some hilarious moments with farm animals, some quick and sharp dialogue and of course the special tender moments that make us all sigh.

One a personal note, I’ve been on a romance novel diet for a while, having become quite frustrated with the genre, which sent me in search of something more challenging, so it’s nice to have a book come along, like this one, that reminds me why I love to read romance and gives me hope that there are still authors out there that know what real romance is all about. 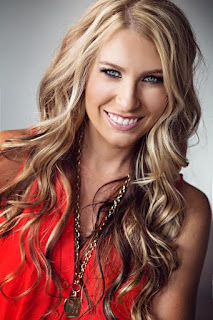 About the Author
Rachel Van Dyken is the New York Times and USA Today bestselling author of New Adult, Regency, and contemporary romances. When can find her drinking coffee at Starbucks and plotting her next book while watching The Bachelor. She keeps her home in Idaho with her husband, son, and their snoring boxer, Sir Winston Churchill. She loves to hear from readers!