Born a Crime: Stories from a South African Childhood - by Trevor Noah- Feature and Review 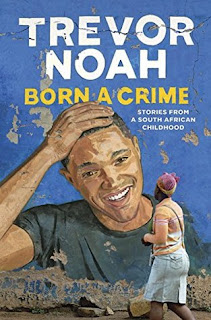 The compelling, inspiring, and sublime story of a young man’s coming-of-age, set during the twilight of apartheid and the tumultuous days of freedom that followed

Trevor Noah is one of the comedy world’s brightest new voices, a light-footed but sharp-minded observer of the absurdities of politics, race, and identity, sharing jokes and insights drawn from the wealth of experience acquired in his relatively young life. As host of The Daily Show with Trevor Noah, he provides viewers in America and around the globe with their nightly dose of biting satire, but here Noah turns his focus inward, giving readers a deeply personal, heartfelt, and humorous look at the world that shaped him.

Noah was born a crime, the son of a white Swiss father and a black Xhosa mother, at a time when such a union was punishable by five years in prison. Living proof of his parents’ indiscretion, Trevor was kept mostly indoors for the first years of his life, bound by the extreme and often absurd measures his mother took to hide him from a government that could, at any moment, take him away. Finally liberated by the end of South Africa’s white rule, Trevor and his mother set forth on a grand adventure, living openly and freely and embracing the opportunities won by a -long struggle.

A collection of eighteen personal essays, Born a Crime tells the story of a mischievous young boy who grows into a restless young man as he struggles to find himself in a world where he was never supposed to exist. Born a Crime is equally the story of that young man’s fearless, rebellious, and fervently religious mother—a woman determined to save her son from the cycle of poverty, violence, and abuse that ultimately threatens her own life.

Whether subsisting on caterpillars for dinner during hard times, being thrown from a moving car during an attempted kidnapping, or just trying to survive the life-and-death pitfalls of dating in high school, Noah illuminates his curious world with an incisive wit and an unflinching honesty. His stories weave together to form a moving and searingly funny portrait of a lovable delinquent making his way through a damaged world in a dangerous time, armed with only a keen sense of humor and a mother’s unconventional, unconditional love.

Born a Crime: Stories from a South African Childhood by Trevor Noah
My rating: 5 of 5 stars

Born a Crime: Stories from a South African Childhood by Trevor Noah is a 2016 Spiegel & Grau publication.


I’ve been a fan of Trevor Noah since he started hosting ‘The Daily Show’, but after reading this book, I’m an even bigger fan.

I admit I know virtually nothing about South Africa other than the absolute obvious, like what is reported in the news. So, Trevor gives readers like myself a bit of a history and a maybe a civics lesson too, in how people are divided by class and race and the thought process or mindset of those who live in this country.

Noah is of mixed race, born right before the end of apartheid, which made his birth illegal because whites and blacks were not allowed to have intercourse, a crime punishable by up to five years in prison.

Despite his unique heritage, and his early isolation, Trevor’s mother provided him with an unconventional upbringing, one that obviously shaped him into the man and the success he would become as an adult. 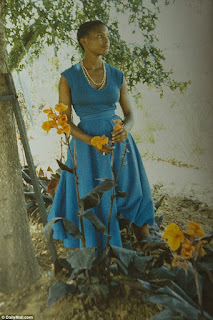 So, while this book is a memoir centered around Trevor’s childhood memories, and is an enlightening peek into the culture of South Africa, what I took away from this book was how much his mother loved him, how her parenting influenced him, made him strong, taught him respect, and protected him from serious missteps. 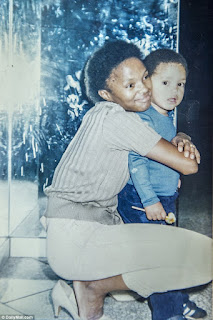 I think, in his way, this book is not only a collection of Trevor’s vivid childhood memories and experiences, it’s an ode to his mother.

These stories are often hysterically funny, but of course there are few difficult passages, too. But, overall, I enjoyed this book all the way from start to finish. Trevor’s voice is fresh and real, and his stories seem to come from his heart, showing a deep affection for his mom, detailing his adventures, both good and bad, with wry wit and humor that captured my heart and imagination.

Trevor Noah is a wonderful comedic talent, but he’s proven he can write with equal success. I hope he continues to drop by the book world from time to time and of course wish him much luck with his hosting duties on ‘The Daily Show’. 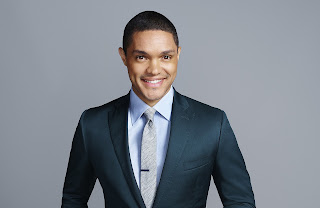 Trevor Noah is a South African comedian, television and radio host, and actor. He  The Daily Show.