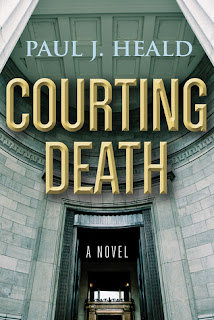 From an internationally recognized law professor comes the third legal thriller in an exciting mystery series, the Clarkeston Chronicles.

Courting Death finds Melanie Wilkerson (from Cotton, book two of the Clarkeston Chronicles) and Arthur Hughes uncomfortably together in the chambers of a famous federal judge. While Melanie neglects her duties as a law clerk to investigate the mysterious death of a young woman in the courthouse five years earlier, Arthur wades through the horrific habeas corpus appeals of two prisoners: an infamous serial killer and a pathetic child murder.

Melanie, a Georgia native who returns from law school in the Northeast, hoped to establish a legal reputation that will eclipse her beauty pageant queen past, which she is now desperate to disown. Arthur is a bright but naive Midwesterner who is rapidly seduced by the small Georgia college town of Clarkeston which, to his surprise, comes with an exotic and attractive landlady. The cohort of federal court clerks is completed by Phil Jenkins, a Stanford graduate San Francisco who tries his best to balance the personalities of his volatile colleagues.

Living and working in bucolic Clarkeston comes with a price. In Courting Death, Arthur, Melanie, and Phil are confronted with the extremes of human mortality, both in and outside the legal system, in ways that they could never have expected or prepared for.

Courting Death by Paul Heald
My rating: 4 of 5 stars

Courting Death by Paul Heald is a 2016 Yucca publication.

Other than a few blips where the characters make stupid choices that deeply disappointed me, but which I forgave , I did appreciate this legal drama and found that even though the story centered around death penalty cases, which of course is a very controversial and pretty depressing topic, the author handled it with aplomb, giving the reader a great deal of insight into the inner workings of these cases, which was what appealed to me most of all about this book.

I also liked the idea of giving the reader two threads to puzzle through, making this book a great choice for legal thriller fans as well as those who enjoy a good mystery.

This review is the copyrighted property of Night Owl Reviews. To read the entire review, click on this link: 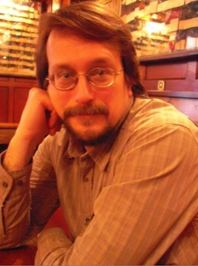 Paul Started writing fiction in college but quit abruptly when he discovered that he had nothing much to say. So, he fled graduate school Madrid on the eve of the tumultuous first election since Franco seized power in 1937. Teaching English in Spain and then at Florida A & M University, an historically African-American college, followed by law school and a clerkship working on death cases with a famous federal judge, provided plenty of inspiration, but by then his three small children were demanding to be fed, so he took a job teaching copyright law at the University of Georgia School of Law. For several years, all creative energy was channeled into dozens of articles on intellectual property law and thousands of scurrilous emails. The publication in October 2014 of Death in Eden marks the first installment in a series of books whose characters will find themselves wandering the lovely tree-lined streets of Clarkeston, Georgia.
​
When he is not writing, Paul sings vaguely on pitch with various groups and teaches copyright at the University of Illinois. He is a member of the Red Herring fiction workshop, and his wife, Jill Crandall, directs the well-known women's a cappella choir, Amasong

Death in Eden is published by Yucca Publishing, an imprint of Skyhorse Publishing. Paul is represented by Peter Riva of International Transactions, Inc.