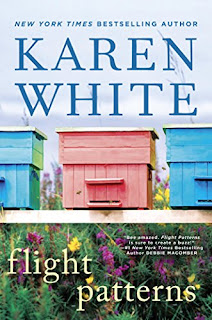 The New York Times bestselling author of The Sound of Glass and coauthor of The Forgotten Room tells the story of a woman coming home to the family she left behind—and to the woman she always wanted to be...

Georgia Chambers has spent her life sifting through other people’s pasts while trying to forget her own. But then her work as an expert of fine china—especially of Limoges—requires her to return to the one place she swore she’d never revisit...

It’s been thirteen years since Georgia left her family home on the coast of Florida, and nothing much has changed, except that there are fewer oysters and more tourists. She finds solace seeing her grandfather still toiling away in the apiary where she spent much of her childhood, but encountering her estranged mother and sister leaves her rattled.

Seeing them after all this time makes Georgia realize that something has been missing—and unless she finds a way to heal these rifts, she will forever be living vicariously through other people’s remnants. To embrace her own life—mistakes and all—she will have to find the courage to confront the ghosts of her past and the secrets she was forced to keep...

Flight Patterns by Karen White
My rating: 4 of 5 stars

Flight Patterns by Karen White is a 2016 Penguin/NAL publication.

This story has so many layers, my mind is still grappling with all the details and flourishes.

When Georgia Chambers, an antiques specialist, is commissioned to find pieces in a unique china set, bearing a bee pattern, it sparks a long forgotten memory. She believes she has seen a piece just like it in her childhood home. But, returning to Florida to search for it will open up a Pandora’s box of old hurts and deeply buried family secrets.

James Graf is at a crossroads in his life, so when he meets Georgia and learns she may actually own a piece of his grandmother’s china set, he insists on traveling with her to Florida and nothing she says will change his mind. But, once they arrive, James learns why Georgia has stayed away for so many years, as his search stirs up a maelstrom within the Chambers home.

Maisey is horrified when she learns her sister, Georgia is coming back home after a ten year absence. Georgia had promised to stay away, but now all the pain and heartache that lies between them rises to the surface, threatening to engulf them, and it looks as though nothing can heal the rift which seems to only grow wider as time passes.

However, Maisey and Georgia will discover their grandfather, who runs an apiary, and their mother, Birdie, who is mentally unstable, are harboring huge secrets in their hearts and Georgia’s return, along with the elusive china piece, and a startling new development, will dislodge those secrets, causing a domino effect and ripples and waves to cascade over them, changing their family dynamic forevermore.

Wow! Talk about drama! This book is chock full of tumultuous human emotions, creating an atmosphere akin to the change in barometric pressure right before a particularly nasty storm. The tension is thick enough to cut with a knife, but there is also a mystery afoot, and it’s a doozy!

The humid, balmy, Florida setting only served to contribute to the heaviness hanging in the air, the crackle of suspense, and the anticipation of seeing how everything will unfold, fall apart, or rebuild itself.

Maisey is a complicated character, and despite knowing about her grief and suffering, she was a very difficult person to like. Even after all was said and done, I don’t know that I ever really forgave her, especially after all the facts came in. Sadly, Maisey’s lack of character development and her inability to let go of all that anger, even after everything came to a head, was very disappointing, and was the one downfall in the story.

Georgia was also a complex character, but I sympathized with her more and admired her grit, her sacrifices, and her willingness to fight for her family, even if she was often aloof and wasn’t always nice in places where I really wanted and needed her to be.

James is an absolute dream, the voice of reason, patient, and unbelievably understanding and insightfuleven while he grapples with his own demons. I really liked him, and feel like his presence was a real asset, with Karma playing a big part in putting him and Georgia together.

The secondary characters also play enormous roles, and are the key to unlocking the mystery that has held the family captive for so long.

The facts about bees that began every chapter was informative and interesting, but also paralleled the tone and context of the chapter to come. I don’t know how the author manages this, but she does an amazing job of connecting the actions of the bees to the characters or the events taking place.

I can’t say enough nice things about Karen White and the way she sucks the reader into her carefully crafted web, the way she lures you deeper into the complexities of family and small southern townships, holding you spellbound from start to finish, while dropping bombshells, and emotional twists on you, until you can barely stand the intensity.

This is another well written and explosive family story, filled with flawed and damaged people, but people who are family, who love each other, who have each other’s backs, who fight for them, and love them beyond reason in spite of it all. 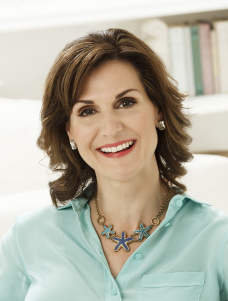 After playing hooky one day in the seventh grade to read Gone With the Wind, Karen White knew she wanted to be a writer—or become Scarlett O'Hara. In spite of these aspirations, Karen pursued a degree in business and graduated cum laude with a BS in Management from Tulane University. Ten years later, after leaving the business world, she fulfilled her dream of becoming a writer and wrote her first book. In the Shadow of the Moon published in August, 2000. Her books have since been nominated for numerous national the SIBA (Southeastern Booksellers Alliance) Fiction Book of the Year, and has twice won the National Readers’ Choice Award.
Karen is a New York Times and USA Today bestselling author and currently writes what she refers to as ‘grit lit’—Southern women’s fiction—and has also expanded her horizons into writing a mystery series set in Charleston, South Carolina. Her twentieth novel, Flight Patterns, was published in May 2016 by Berkley Publishing, a division of Penguin Random House Publishing Group.
Karen hails from a long line of Southerners but spent most of her growing up years in London, England and is a graduate of the American School in London. When not writing, she spends her time reading, scrapbooking, playing piano, and avoiding cooking. She currently lives near Atlanta, Georgia with her husband and two children, and two spoiled Havanese
Posted by gpangel at 1:00 AM