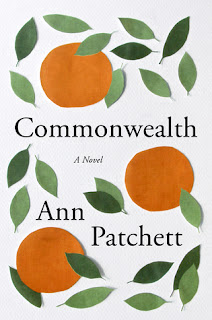 One Sunday afternoon in Southern California, Bert Cousins up at Franny Keating’s christening party uninvited. Before evening falls, he has kissed Franny’s mother, Beverly—thus setting in motion the dissolution of their marriages and the joining of two families.
Spanning five decades, Commonwealth explores how this chance encounter reverberates through the lives of the four parents and six children involved. Spending summers together in Virginia, the Keating and Cousins children forge a lasting bond that is based on a shared disillusionment with their parents and the strange and genuine affection that grows up between them.
When, in her twenties, Franny begins an affair with the legendary author Leon Posen and tells him about her family, the story of her siblings is no longer hers to control. Their childhood becomes the basis for his wildly successful book, ultimately forcing them to come to terms with their losses, their guilt, and the deeply loyal connection they feel for one another.
Told with equal measures of humor and heartbreak,  is a meditation on inspiration, interpretation, and the ownership of stories. It is a brilliant and tender tale of the far-reaching ties of love and responsibility that bind us together.

Commonwealth by Ann Patchett
My rating: 5 of 5 stars

by Ann Patchett is a 2016 Harper publication.

This book is a bit of a departure for me, but I’ve been craving something different, something more profound and literary in nature. With Commonwealth, I came to the right place.
One fateful Sunday afternoon, Bert Cousins uninvited to Franny Keating’s christening party. He had only shown up to escape his own family life, which included his pregnant wife and three children.
But, once he set eyes on the beautiful Beverly Keating, mother of Franny, he knew their fates were sealed.
From that day forward life was never the same for the Keating’s or the Cousin’s. Bert and Beverly left their prospective spouses, got married, and like a premonition or example of the future family model, became a blended family.

After reading a few reviews for this book, I have to confess, I feel slightly out of my element. Other than an occasional hankering to read a classic novel or perhaps something from Joyce Carol Oates, I rarely choose pure literature, although I love it when that prose shows up in the other genres I enjoy.

Covering a vast span of time, the author touches base with all those affected by the disruption of their stable lives, the fallout of Beverly and Bert’s decision to leave their spouses, how their children learned to cope, the bonds they forged, the tragedies they endured, and the various directions their lives took over time, examining their triumphs and failures, loves and losses.

The story is told through various stages of the character’s lives, in no particular order, which is a little unusual, and does require your full attention. But, the prose, of course, is so utterly absorbing, I did not want the book to end.

I was totally immersed in the lives of these well drawn characters, some of whom were loveable, others not so much, while some are flaky and unsettled, and while some managed quite well in life, others flailed and faltered. It is certainly an interesting character study, giving the reader an inside peek into the lives of all those profoundly affected by the summers they spent in Commonwealth, Virginia.

Family is family, blended or not, and this story proves that, with characters who may seem a little familiar to us. I especially loved the pieces of the story each person held secretly within their hearts, and the way they helped each other, even when they could have just as easily turned a cold shoulder.

Overall, this is an absorbing and fascinating portrait of family and of life, which any fan of literary fiction will not want to miss. 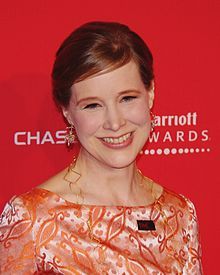 Patchett was born in Los Angeles, California. Her mother is the novelist Jeanne Ray.She moved to Nashville, Tennessee when she was six, where she continues to live. Patchett said she loves her home in Nashville with her doctor husband and dog. asked if she could go any place, that place would always be home. "Home isthe stable window that opens out into the imagination."Patchett attended high school at St. Bernard Academy, a private, non-parochial Catholic school for girls run by the Sisters of Mercy. Following graduation, she attended Sarah Lawrence College and took fiction writing classes with Allan Gurganus, Russell Banks, and Grace Paley. She later attended the Iowa Writers' Workshop at the University of Iowa and the Fine Arts Work Center in Provincetown, Massachusetts, where she met longtime friend Elizabeth McCracken. It was also there that she wrote her first novel, The Patron Saint of Liars.In 2010, when she found that her hometown of Nashville no longer had a good book store, she co-founded Parnassus Books with Karen Hayes; the store opened in November 2011. In 2012, Patchett was on the Time 100 list of most influential people in the world by TIME magazine.
Posted by gpangel at 1:00 AM