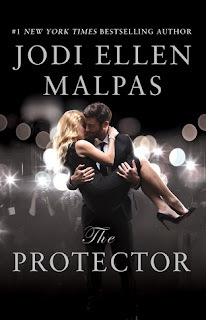 
People think they have Camille Logan nailed: rich kid, daddy’s girl, beautiful, and spoiled. But Camille knows that support from her ultra-wealthy and overbearing father comes with a price tag not worth paying for. She wants a life without his strings. Out on her own, she’s made a few mistakes, including one that found her clawing her way back after a stint in rehab and plenty of bad press. Now, after fighting so hard to be independent and happy, she finds her life threatened as a result of her father’s questionable business dealings. She has no choice but to play ball when he hires an ex-SAS sniper to protect her at all costs.


Jake Sharp resides in his own personal hell. He had been distracted from duty once before and the consequences were devastating, both personally and professionally. He vowed to never let that happen again. Being the bodyguard to socialite model Camille is exactly the kind of low pressure job he needs. But he quickly comes to discover that Camille isn’t what he expected. She’s warm and emotionally generous, and she slowly succeeds in drawing him out of his tough exterior. Jake’s past haunts him. Camille’s presence settles him. But he can’t have both.

The Protector by Jodi Ellen Malpas
My rating: 4 of 5 stars

The Protector by Jodi Ellen Malpas is a 2016 Forever Romance publication. I was provided a copy of this book by the publisher and Netgalley in exchange for an honest review.

Cami, a model, closely scrutinized by the press, is coming off a bad relationship, when her father informs her a threat has been made against her and that he has hired a bodyguard to protect her.

But, he soon discovers there is a lot more to Cami than meets the eye. Jake soon finds he is capable of developing feelings for someone, something he thought would never happen to him again. Could Cami be the woman to soothe his troubled mind, heart and soul?

Jake has some pretty traumatic issues going on, and I had hoped for more details about his condition, and wished that area could have been fleshed out a lot more, which would have given his tortured hero persona much more depth, but I did like him and enjoyed how he took care of Cami, who is coping with her celebrity status, and all that implies, including the paparazzi, and the way people perceive her publicly. 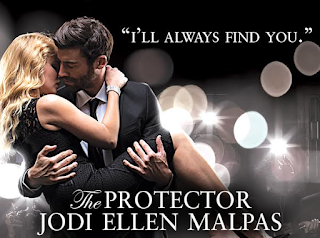 But her biggest battle is with the people surrounding her, like her father, who has a very unhealthy way of ‘helping’ his daughter. So, her biggest challenge is in trying to gain control over her own life, something Jake is helping her do, by weeding out the bad elements and exposing dark secrets.

I liked Cami’s character, and how she handled herself in trying circumstances, and thought she was a good match for Jake. Jake is most definitely a swoon worthy guy, with alpha traits, but not too heavy handed, which is just the way I like my heroes. 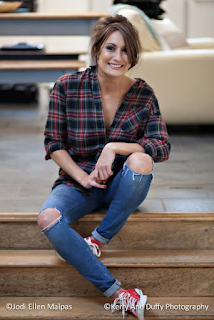 About the Author:
Mia Sosa was born and raised in New York City. She attended the University of Pennsylvania, where she earned her bachelor's degree in communications and met her own romance hero, her husband. She once dreamed of being a professional singer, but then she discovered she would have to perform onstage to realize that dream and decided to take the law school admissions test instead. A graduate of Yale Law School, Mia practiced First Amendment and media law in the nation's capital for ten years before returning to her creative roots. Now, she spends most of her days writing contemporary romances about smart women and the complicated men who love them. Okay, let's be real here: She wears PJs all day and watches more reality television than a network television censor-all in the name of research, of course. Mia lives in Maryland with her husband and two daughters and is still on the hunt for the perfect karaoke bar.
Social Media Links:
www.miasosa.com
www.twitter.com/miasosaromance
www.facebook.com/miasosaauthor
Add Getting Dirty with the CEO to your shelf on Goodreads: http://bit.ly/2bpWtVt