While The Book Review tries to help promote new releases, there are so many wonderful books out there yet to be discovered and enjoyed, I decided to start the weekly  Hidden Gems & Buried Treasures feature.  Each week, The Book Review will feature a spotlight and  of a book, from a variety of genres, that is at least five years old.  Some may be rare, out of print, or not yet available in electronic book format, while others will hopefully help draw attention to the author's latest release or .

This week's Hidden Gem is by Sandra Brown: 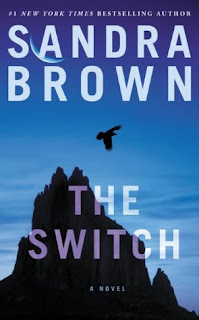 Identical twins Melina and Gillian Lloyd haven't considered switching places since childhood. So when Melina proposes that Gillian take her place as a media escort to NASA astronaut Col. "Chief" Hart, she refusesat first. The following morning Melina receives terrible news: her sister has been brutally murdered-and Chief, though innocent, is the prime suspect. He and Melina determined to find the killer, a megalomaniac whose horrific schemes require Gillian's replacement, her identical twin-Melina.

The Switch by Sandra Brown
My rating: 4 of 5 stars

The Switch by Sandra Brown is a 2013 Grand Central Publication. I was provided a copy of this book by the publisher and Netgalley in exchange for an honest review.

This book was originally published back in 2000 but was reissued by Grand Central a few years ago. I have read many of Sandra Brown’s romantic suspense novels, but this one slipped by me somehow.

The temptation identical twins have to switch places with one loses its novelty by the time they reach adulthood. However, when Gillian announces to her twin sister, Melina, that she has been just been artificially inseminated, Melina offers to let her take her place on a public relations gig for the famous astronaut Col. ‘Chief’ Hart, in order to give her something fun to do, to take her mind off waiting to see if she was pregnant.

The switch should have been harmless, but when Gillian is murdered, Melina knows it should have been her that died, which makes her determined to find out who killed her sister and make them pay. Unfortunately, Chief was the last person to see Gillian alive, which lands him right in the middle of the investigation. Working together, he and Melina uncover a shocking scenario with far reaching consequences, and that discovery puts a huge bullseye on their backs.

This was one wild story, I have to tell you. Multi-layered, with lots of hairpin turns, twists, and truly diabolical bad guys, this one held my attention all the way through. Now, I have to confess, the plot was pretty far out there in terms of plausibility, but the story like a top-notch thriller, and thrillers are not always known for their high levels of plausibility.

I did guess at a few major plot twists, but, it did not impact my enjoyment of the book. Overall, this was an interesting and unique set up, quite imaginative, taut with suspense and a steamy romance to cap things off.

This one was not exactly what I was expecting when I picked it up, but I was entertained by it and reminded of why I love to read Brown’s novels. 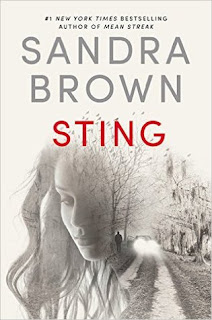 When Jordie Bennet and Shaw Kinnard lock eyes across a disreputable backwater bar, something definitely sparks. Shaw gives off a dangerous vibe that makes men wary and inspires women to sit up and take notice. None feel that undercurrent more strongly than savvy businesswoman Jordie, who doesn't belong in a seedy dive on the banks of a bayou. But here she is . . Shaw Kinnard is here to kill her.
Shaw and his partner take aim, Jordie is certain her time has come. But Shaw has other plans and abducts Jordie, hoping to get his hands on the $30 million her brother has stolen and, presumably, hidden. However, Shaw is not the only one looking for the fortune. Her brother's ruthless boss and the FBI are after it as well. Now on the run from the feds and a notorious criminal, Jordie and Shaw must rely on their wits-and each other-to stay alive.
Miles away from civilization and surrounded by swampland, the two play each other against their common enemies. only chance of survival is to outwit Shaw, but it soon becomes clear to Shaw that Jordie isn't entirely trustworthy, either. Was she in on her brother's scam, or is she an innocent pawn in a deadly vendetta? And just how valuable is her life to Shaw, her remorseless and manipulative captor? Burning for answers-and for each other-this unlikely pair a desperate move that could be their last.
With nonstop plot twists and the tantalizing sexual tension that has made Sandra Brown one of the world's best-loved authors, STING will keep readers on the edge of their seats until the final pages.


STAY TUNED FOR A FULL FEATURE HERE AT THE BOOK REVIEW FOR STING!! 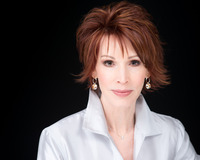 Brown began her writing career in 1981 and since then has published over seventy novels, bringing the number of copies of her books in print worldwide upwards of eighty million. Her work has been translated into over thirty languages.

In 2009 Brown detoured from romantic suspense to write, Rainwater, a much acclaimed, powerfully moving historical fiction story about honor and sacrifice during the Great Depression.

Brown was given an honorary Doctorate of Humane Letters from Texas Christian University. She was named Thriller Master for 2008, the top award given by the International Thriller Writer’s Association. Other awards and commendations include the 2007 Texas Medal of Arts Award for Literature and the Romance Writers of America’s Lifetime Achievement Award.
Posted by gpangel at 12:00 AM