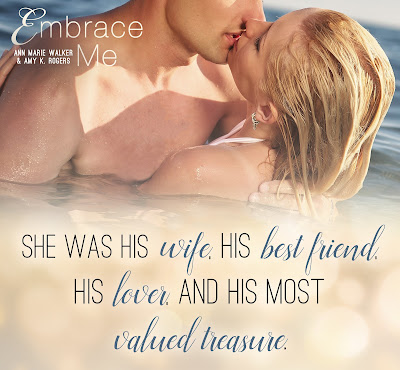 Hudson emerged from the water and caught Allie around the waist as she popped up. He took her mouth and thrust his tongue between her lips, their kiss flavored with the salt of the sea. Her arms looped behind his neck and her fingers teased the hair at his nape. He pulled her closer and she made a soft moan as she went lax against his body. She was his wife, his best friend, his lover, and his most valued treasure. She was the one who gave him strength in his most vulnerable of times, and who silenced the memories that haunted his mind. She had, in a sense, freed him from the darkness. They had freed each other.