Devil Sent the Rain by Lisa Turner- Feature and Review 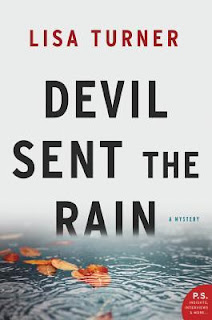 Edgar Award nominee and bestselling author Lisa Turner’s hard-boiled Detective Billy Able returns in this dark Southern mystery about the murder of a dazzling Memphis socialite—and the scandals revealed in the wake of her death
The heart can be an assassin. Detective Billy Able knows that from experience.
Fresh from solving Memphis’ most sensational murder case, Homicide Detective Billy Able and his ambitious new partner Frankie Malone are called to a bizarre crime scene on the outskirts of town. A high society attorney has been murdered while dressed in a wedding gown. Billy is shocked to discover he has a very personal connection to the victim. When the attorney’s death exposes illegal practices at her family’s prestigious law firm, the scandal is enough to rock the southern city’s social world.
In a tale of the remnants of Old South aristocracy and entitlement, twisted by greed and vengeance, Billy must confront the secrets of his own past to have any chance at solving the murder of the girl he once knew. But as he seeks the truth, he’s drawn closer to an embittered killer bent on revenge—and eliminating the threat Billy poses.

Devil Sent the Rain by Lisa Turner
My rating: 4 of 5 stars

Devil Sent the Rain by Lisa Turner is a 2016 William Morrow Paperback publication. I was provided a copy of this book by the publisher in exchange for an honest review.

This is book two in the Billy Able detective series, but it can read as a stand alone. However, now that I’ve read this one, I am hoping to squeeze the first book into my reading schedule.

When Caroline Lee, an attorney who ditched her fiancé, is found dead in her car, still wearing her wedding dress, it soon becomes apparent she is a homicide victim. Billy Able must determine who would want Caroline dead, and why.

Well, I have to say, I am impressed with this mystery and found I really like Billy Able, the southern atmosphere, and the Gothic tones, which are NOT supernatural, but are pure in the sense that the book features delusional and damaged characters- and that’s putting it mildly.

When Caroline Lee, a lawyer and member of a prominent southern family is found dead in her car after calling off her wedding, the suspects pile up in a hurry, giving detective Billy Able a lot to work on. As the saga unfolds, he discovers a personal connection to the case and the family. But, as he digs deeper he uncovers a world of shady dealings and the closer he comes to unmasking the killer, the closer he comes to putting himself in grave danger.

This story is a twisted family saga and crime story that perfectly captures the tones and overlays of the south, which always appeals to me. I love those deep roots, family secrets and lies, competition, revenge, , the melodrama and desperation that usually suck a reader into its lethal steaming pot of poison, but add in a good murder mystery, a complex detective, shocking twists and mind blowing revelations, you the makings of, not only a good detective story, but good literary novel as well.

While the story is certainly dark and pretty heavy, it’s not packed with graphic violence, but instead is character driven, focusing on the scheming, various crimes and motives, and has more of psychological edge, which is another plus in my book.

I can see this series becoming a favorite of mine, so I will catch up with the first book, which will hopefully keep me pacified while I impatiently wait for the third release. 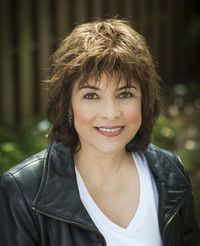 Fascinated by good people who do wicked things, Southern mystery author Lisa Turner examines human nature against the rich backdrop of Memphis and the Mississippi Delta.
Her debut novel, A Little Death in Dixie, raced to the top of Amazon’s Kindle list and nudged Mockingjay – the third book in The Hunger Games series – out of first place. That was followed by a two-book contract with the William Morrow imprint of HarperCollins. Her second novel—The Gone Dead Train, a 2015 Edgar nominee—explores lost secrets from the Memphis civil rights movement and the mysterious power of Santeria magic.
Turner’s mysteries coil the roots of Southern identity around her characters and then drags them into a world of blues, murder, and heartbreak. “I’m a story archeologist,” she says. “I keep digging into my characters until I strike the bone.”
Posted by gpangel at 12:30 AM