The Last Woman Standing by Thelma Adams- Feature and Review 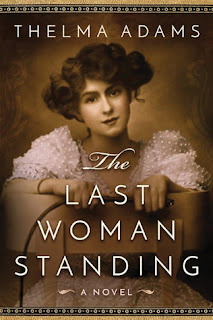 
Two decades after the Civil War, Josephine Marcus, the teenage daughter of Jewish immigrants, is lured west with the promise of marriage to Johnny Behan, one of Arizona’s famous lawmen. She leaves her San Francisco home to join Behan in Tombstone, Arizona, a magnet for miners (and outlaws) attracted by the silver boom. Though united by the glint of metal, Tombstone is plagued by divided loyalties: between Confederates and Unionists, Lincoln Republicans and Democrats.

But when the silver-tongued Behan proves unreliable, it is legendary frontiersman Wyatt Earp who emerges as Josephine’s match. As the couple’s romance sparks, Behan’s jealousy ignites a rivalry destined for the history books…

At once an epic account of an improbable romance and a retelling of an iconic American tale, The Last Woman Standing recalls the famed gunfight at the O.K. Corral through the eyes of a spunky heroine who sought her happy ending in a lawless outpost—with a fierce will and an unflagging spirit. 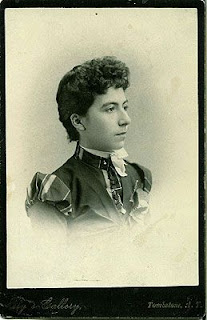 The Last Woman Standing by Thelma Adams
My rating: 4 of 5 stars

The Last Woman Standing by Thelma Adams is a 2016 Lake Union Press publication.

I have been curious about Josephine Marcus since watching the wildly popular motion picture, “Tombstone.”

I know Hollywood often takes huge liberties with the facts, so I decided to do an internet search to see what information was available about Wyatt Earp’s common law wife. To be honest, there really isn’t a lot of absolutely, positively true and documented facts about ‘Sadie’ or ‘Josephine’. There are large gaps of her life that are murky and much speculation has developed over time. Josephine went to great lengths to keep her life in Tombstone from becoming public knowledge.


So, I was immensely curious how the author would present Josephine’s life story in this work of fiction. Naturally, the book is written in first person narrative, as Josephine looks back on her life leading up to her arrival in Tombstone, how she met Wyatt, and how the two ended up embarking on life’s journey together.

The author bravely taps into the black hole of time that Josephine worked so tirelessly to keep private for so many years. 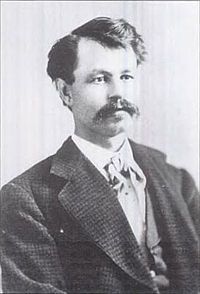 I loved the way Josephine came to life, her voice raw, pure, and brutally honest, revealing her naïvete, foibles, bad luck with men, and how she was rescued from a harsh life not befitting her beauty and talent by Wyatt Earp.

I do believe Josephine was a woman ahead of her time, a true adventurer, but also a person who suffered through some real regrets for the poor choices she made in her youth. She did not live like many ‘respectable’ ladies, and never went through a formal, legal wedding ceremony, which was perhaps more common in some places, like Tombstone, but was still quite scandalous. She lived unconventionally, and was quite an interesting figure who lived life with gusto and was lucky enough to find her soul mate and true life partner in Wyatt. 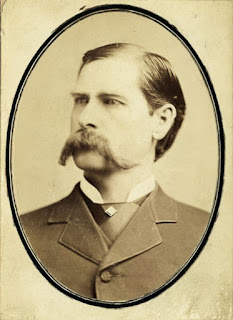 This fictional accounting of Josephine’s life mixes a few documented facts in to create a plausible portrait of a legendary figure of the old west. I think it’s as good a guess as any about the enigmatic actress that captured the heart of Wyatt Earp. It was fun to see all the legendary historical figures we have come to know in film and countless documentaries and books, come to life in this fictional take on events in Tombstone, seen through the eyes of Josephine Marcus.

Overall, this in a provocative read, interesting and engaging. If you enjoy Historical Fiction, this book is one you may want to try. 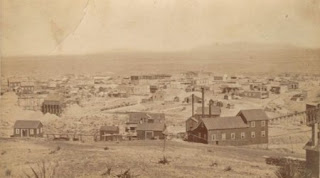 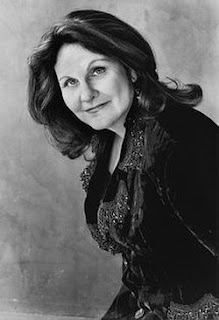 THELMA ADAMS' novel PLAYDATE was reprinted in paperback by St. Martin's Griffin in March 2012, following its hardback debut in 2011. The book is an Oprah Beach Read and a Parade Magazine pick of the week. She is a Contributing Editor at Yahoo! Movies, following eleven years as the film critic at Us Weekly, and six years at the New York Post. She has twice chaired the New York Film Critics Circle. She has written for The New York Times Magazine, O: The Oprah Magazine, Parade, The Huffington Post, Marie Claire, More, Interview Magazine, The New York Times, The international Herald Tribune, Cosmopolitan and Self. She has appeared on CNN, E!, NY1, NBC's The Today Show, CBS's The Early Show, Fox News Channel, Access Hollywood, Entertainment Tonight, Bravo and VH1. In 1993, she earned an MFA in fiction from Columbia University; in 1985, she earned an MBA in Arts Management from UCLA; she graduated Phi Beta Kappa from UC Berkeley in 1981. She lives in Upstate New York with her husband, son, daughter, three cats, one spaniel and a flock of wild turkeys.
Posted by gpangel at 3:00 AM