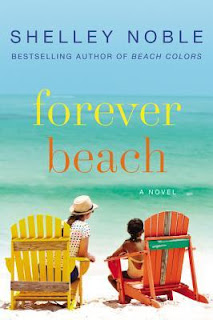 ABOUT THE BOOK:
From the New York Times bestselling author of Beach Colors and Breakwater Bay comes this heartwarming story of love, family, and redemption. Two young girls pledged to be best friends forever. Separated by circumstance and hurt, they are reunited years later as they struggle to put their differences aside for the sake of a special little girl—perfect for fans of Elin Hilderbrand, Jane Green, and Kristin Hannah.

Two women…
One little girl…
Can they forgive the past in order to ensure the future of an innocent child…?

Once a foster child herself, Sarah Hargreave can’t wait to finalize the adoption of her foster daughter Leila. Sarah longs to give her all the love and stability she was denied in her own childhood. She’s put her own friendships and even her relationship with Wyatt, her longtime lover, on hold in order to give Leila her full attention.

When Leila’s biological mother suddenly reappears and petitions the court for the return of her daughter, Sarah is terrified she’ll lose the little girl she’s come to love as her own. Convinced the mother is still addicted to drugs, Sarah and her social worker enlist the help of high profile family lawyer, Ilona Cartwright. But when they meet, Sarah recognizes her as Nonie Blanchard who grew up in the same group foster home as Sarah. They’d promised to be best friends forever, then Nonie was adopted by a wealthy family, and Sarah never heard from her again. Sarah still hurts from the betrayal. But Nonie harbors her own resentment toward Sarah who she believes abandoned her when she needed her most.

Forever Beach by Shelley Noble
My rating: 4 of 5 stars

Forever Beach by Shelley Noble is a 2016 William Morrow publication. I was provided a copy of this book by the publisher in exchange for an honest review.

As other reviewers have pointed out, this book cover suggests this novel is one you might pack up for a day at the beach. This story is not a typical ‘beach read’, as the subject matter is much weightier.

However, one I finished the book, I understood why the cover was perfect for this story and how important the beach outings became for Sarah, Leila, Reesa, Karen, Stu, Wyatt, and eventually ‘Nonie’.

Sarah was put into ‘the system’ as a child by protective services due to her mother’s many issues. Her best friend and ‘sister’, ‘Nonie’, was adopted by a nice wealthy family, but the girls vowed to always stay in touch. However, they soon lost track of each other, each blaming the other for letting the relationship go.

Now, as an adult, Sarah is adopting a little girl named Leila, but the very system she knows all too well is working hard to make that adoption impossible.

Reesa works in social services and is terribly burned out with her work, and fed up with her husband, who has refused to recover from a work related injury, sitting around the house all day eating pizza, drinking beer, and watching television.

Ilona Cartwright is a lawyer who fights for children’s rights, so Reesa decides to put Sarah in touch with her, never dreaming the two women once shared a sisterly bond. However, Ilona still harbors resentment toward Sarah, even after all these years, and refuses to help her, even going so far as to work against the best interest of the child in order to make Sarah pay for the hurt she caused.

Will Sarah lose Leila again? Can her friends and the love of a good man to help her let go of her anxieties and live in the moment? Can Sarah and ‘Nonie’ move away from their painful past and forge a new friendship?


While everyone knows the foster care and adoption system has many flaws, the author did a terrific job of showcasing the many aspects to be considered when a parent relinquishes their parental rights, then changes their minds. The goal of keeping a child with the birth parent is a priority, but is the child’s best interest really at heart?

This book doesn’t come off as preachy, nor is it some kind of scathing portrait of the system and its many issues and bureaucratic red tape, but does show the flawed thinking these case workers are forced to adopt, and gives the reader a nice peak into all the heartbreak and trauma these kids end up having to endure as a result of that.

But, the main theme throughout the story is the bonds of friendship, and Sarah’s inability to let go of her worries and just enjoy life, to stop pushing Wyatt away, and accept help and support from her friends.

I really struggled with Ilona’s character, and her vindictiveness sent a chill down my spine, I have to tell you. While childhood hurts do leave scars behind, I felt that holding a grudge that long was ridiculous and it certainly had no place in her heart when it came to doing her job objectively. I never forgot her initial cruelty, but she does manage to redeem herself nicely.

This is a very emotional story, and I have to admit I felt a lump forming in my throat a time or two, and ran through many of the same emotions Sarah must have felt, ranging from frustration, anger, sadness, and fear.

But, in the end, as I read the last paragraph, I was left with a feeling of contentment, knowing that this great group of people, who have gone through so very much, will be happy and healthy, will help each other through the good times and bad times, and will always be like family to each other. 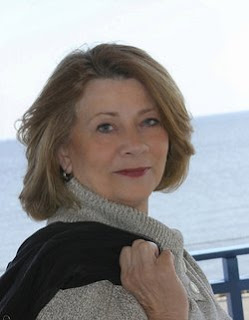 As SHELLEY FREYDONT she is the author of the CELEBRATION BAY FESTIVAL MYSTERIES (Berkley Prime Crime) as well and two other mystery series, and the upcoming Gilded Age Newport Mystery series. Her mysteries have been translated into ten languages.

A former professional dancer and choreographer, she most recently worked on the films, Mona Lisa Smile and The Game Plan. Shelley lives near the New Jersey shore where she loves to discover new beaches and indulge her passion for lighthouses and vintage carousels.
Posted by gpangel at 2:00 AM