The Pursuit by Janet Evanovich and Lee Goldberg- Feature and Review 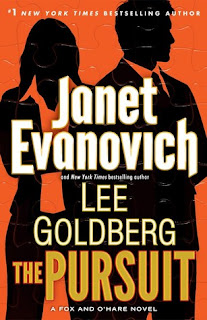 ABOUT THE BOOK:
#1 NEW YORK TIMES BESTSELLER • Janet Evanovich, author of the blockbuster Stephanie Plum novels, and Lee Goldberg, writer for the Monk television show, team up once again in their rollicking, New York Times bestselling Fox and O’Hare series!Nicolas Fox, international con man, thief, and one of the top ten fugitives on the FBI’s most-wanted list, has been kidnapped from a beachfront retreat in Hawaii. What the kidnapper doesn’t know is that Nick Fox has been secretly working for the FBI. It isn’t long before Nick’s covert partner, Special Agent Kate O’Hare, is in hot pursuit of the crook who stole her con man.

The trail leads to Belgium, France, and Italy, and pits Nick and Kate against their deadliest adversary yet: Dragan Kovic, an ex–Serbian military officer. He’s plotting a crime that will net him billions . . . and cost thousands of American lives.

Nick and Kate have to mount the most daring, risky, and audacious con they’ve ever attempted to save a major U.S. city from a catastrophe of epic proportions. Luckily they have the help of an eccentric out-of-work actor, a bandit who does his best work in the sewers, and Kate’s dad, Jake. The pressure’s on for Nick and Kate to make this work—even if they have to lay their lives on the line.

The Pursuit by Janet Evanovich
My rating: 4 of 5 stars

The Pursuit by Janet Evanovich and Lee Goldberg is a 2016 Bantam publication.

I knew I was going to love this series right from the start, but I didn’t know I would like it this much! My only complaint is that the last book left poor Nick in limbo and it seems as though I’ve had to cool my heels awaiting word on his fate for entirely too long… nearly a year, in fact!! GAW!

But, the wait is finally over, and thankfully, my favorite, sexy, con artist, is alive, but has jumped from the fire into the frying pan.

Nick is enlisted by ex-Serbian military officer, Dragon Kovic to pull off a smash and grab diamond heist, but is then double crossed, leaving Kate with the task of helping him escape the authorities. They learn that Kovic has not only stolen diamonds, but something much more dangerous, something he intends to make billions of dollars from while taking great delight in killing Americans in the process.

So, once more Kate and Nick must put their heads together to device a con that will fool Kovic, retrieve his delicate cargo, and stay alive. While all the jobs they have worked together on have been dangerous, this case is one for the record books.

There are capers and cons which are entertaining with art or diamonds at stake, along with big money, but when the threat is terroristic in nature, the fun and games are over and Nick suddenly finds himself in a position of saving lives other than his own, which is a sobering thought!

This story took me on quite a globe-trotting adventure, and it was one wild ride! As always, the characters are zany, and the plot has that madcap, screwball feel to it, but is quite ingenious. Nick and Kate are really finding a groove as a team, as Kate steps over into the dark side a little more with each installment. Nick, is still Nick, but I did see a little glimpse of a more serious side of him this time around.

Overall, I enjoyed this book from start to finish, and frankly, I need books like this one from time to time. I stepped into Nick and Kate’s world and all the stress and depressing news of the world went away for a while. It was nearly cathartic. I got a few belly laughs, spent time with the charming Nick Fox, and enjoyed the crafty ‘ by seat of your pants’ con game competition, and the chillingly high stakes they were playing for.

Overall, this is another solid, entertaining addition to the series. I hope we don’t have to wait quite so long for the next installment!! 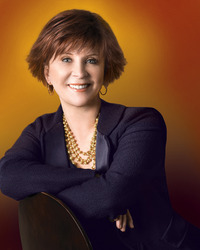 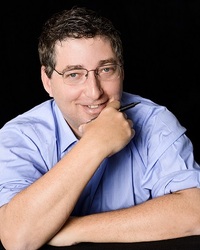 New York Times Bestselling author Lee Goldberg is a two-time Edgar Award and two-time Shamus Award nominee whose many TV writing and/or producing credits include "Martial Law," "SeaQuest," "Diagnosis Murder,""Hunter," "Spenser: For Hire," "Nero Wolfe," "Missing." "Monk" and "The Glades." He's also the author of the Fox & O'Hare series with Janet Evanovich (The Heist, The Chase, The Job), "The Walk," "Watch Me Die," "King City," the "Dead Man" series, as well as the "Diagnosis Murder" and "Monk" series of original mystery novels.
Posted by gpangel at 1:00 AM