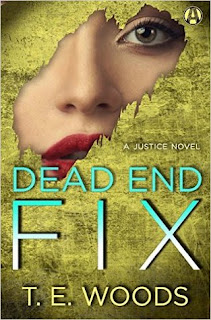 I’ll bring Hadley home. Whatever it takes. Whatever it costs. Whoever has to die.
There’s a gang war unfolding on the streets of Seattle. A young boy has been killed in a drive-by shooting, and the ensuing chaos threatens to engulf the city. Normally, chief of detectives Mort Grant would be dealing with the fallout—but right now, his mind is elsewhere. . . .

After rising to the top of one of the largest criminal enterprises in the world, Allie Grant has turned her focus back on her family. But since they’ve rebuffed all her attempts at contact, she’s punishing them the only way she knows how. With an endless stream of cash and connections that span the globe, Allie makes a formidable target. But The Fixer boasts the deadliest weapon of all: her razor-sharp mind.

Dead End Fix by T.E. Woods is a 2016 Alibi publication. I was provided a copy of this book by the publisher and Netgalley in exchange for an honest review.

We are up to book six in this series and the inevitable has finally taken place. Everyone has completely unraveled, and are losing their touch, losing their grip, losing their minds, and losing faith.

For those following the series, you will remember how book five ended, which was with a cliffhanger, and I’ve been on pins and needles wondering how Mort and Lydia are going to handle the situation without exposing their sordid past.

Well, this part of the story turned out to be rather anticlimactic, and was wrapped up fairly early on, making me more than a little suspicious. Well, my instincts were right. The competition between Lydia and Allie is just getting started, rapidly barreling towards the ultimate showdown.

Meanwhile, Mort finds himself dealing with a homicide inside Seattle’s gang population. Poor Mort believes in old fashioned justice and is so out of his element here. He doesn’t understand the gang mentality, nor does he understand the law enforcement unit assigned to this area. Their attitude is in direct opposition to everything Mort believes in. But, in the end, Mort may find his very foundation shaken to the core.

I think, in this installment, the author wisely begins to transition things, because otherwise the same old battles would become stale and boring. Mort’s crisis of conscience, being forced to face the stark realities of crime, justice, and retribution, is long overdue.

If Mort manages to come through this particularly dark episode without totally falling apart, then I predict he will come back with a more realistic approach to his job, see all situations with a more cynical point of view, and will wear a much harder exterior, and may even understand Lydia’s point of view more fully.

Lydia, who for me, is the big star of the show, and the most interesting character study I’ve encountered in a crime drama in a long while, has her hands full in this chapter, and spends a lot time trying to stay alive and one step ahead of her arch nemesis. In the end, her insights into entire situation makes too much sense, which is troubling, and I had to shake my head as that thought rolled around in my mind, taking root, and growing steadily to the point where I struggled to argue with Lydia. I still think she nailed it. What she believes is so much more realistic and true, even if we all wish to hold onto Mort’s value system with all our might.

While this novel isn’t quite on the same level as previous installments, I think it was a necessary transition piece, with the mind games being toned down a little, and there is more action based suspense, than we’ve seen before. We should all be familiar with the characters at this point, and are emotionally invested in them enough by now to feel their pain, confusion, and conflict, which means the author has created a very firm foundation for the characters and for the fans of the series.

It will be interesting to see how things evolve from here, as the tone will most definitely be different. That’s not always a bad thing, and while the storyline was not exactly what I’ve been accustomed to in the past, I still think it was time for the series to move forward, and face new challenges, and bring in new elements in order to sustain its longevity.

This is another gritty, twisty, and dark crime drama, and a very solid addition to the series, which left me will lots to ponder over. 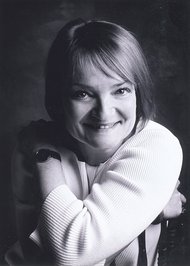