No One Knows- A Thriller- by J.T. Ellison- Feature and Review 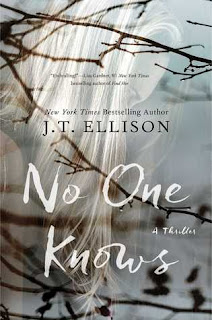 In an obsessive mystery as thrilling as The Girl on the Train and The Husband’s Secret, New York Times bestselling author J.T. Ellison will make you question every twist in her page-turning novel—and wonder which of her vividly drawn characters you should trust.

The day Aubrey Hamilton’s husband is declared dead by the state of Tennessee should bring closure so she can move on with her life. But Aubrey doesn’t want to move on; she wants Josh back. It’s been five years since he disappeared, since their blissfully happy marriage—they were happy, weren’t they?—screeched to a halt and Aubrey became the prime suspect in his disappearance. Five years of emptiness, solitude, loneliness, questions. Why didn’t Josh show up at his friend’s bachelor party? Was he murdered? Did he run away? And now, all this time later, who is the mysterious yet strangely familiar figure suddenly haunting her new life?

In No One Knows, the New York Times bestselling coauthor of the Nicholas Drummond series expertly peels back the layers of a complex woman who is hiding dark secrets beneath her unassuming exterior. This masterful thriller for fans of Gillian Flynn, Liane Moriarty, and Paula Hawkins will pull readers into a you’ll-never-guess merry-go-round of danger and deception. Round and round and round it goes, where it stops…no one knows

Five years ago, Josh Hamilton vanished into thin air, leaving his wife behind as the number one suspect in his disappearance. Managing to skirt a murder conviction, Aubrey is now dealing with her evil mother-in-law, Daisy, who has had Josh declared legally dead, and is hell bent on challenging the life insurance policy, which is worth a whopping five million dollars.
But, when a man walks into Aubrey’s life who bears a striking resemblance to Josh, her fragile world begins to unravel even more. Is someone playing tricks on her? Is she in is danger? Could Josh really be alive?
First of all, I have to confess something a little embarrassing... This is my first book by J.T. Ellison. I know, right? Well, it might be the first, but not the last. This book was right up my alley and I can’t wait to read more by this author!
It’s hard to review a book like this because I don’t want to give anything away. So, let me just warn you, this is a very well written, cleverly plotted story. It’s also a little bit of a twisted, cautionary tale that will keep you turning pages long past your bedtime. You will never see the twist coming and the darkly outrageous conclusion, almost had me laughing out loud at the irony.
If you like traveling on roads with sharp inclines at night without guardrails, with hairpin turns and sudden drop offs, then fasten your seat belt and climb aboard, because this is your kind of ride. This book was absorbing, emotional, moody, with shady characters, shadowy figures, secrets, lies, betrayals, double crosses and a few gut punches thrown in for good measure, with just a little dark humor to put the cherry on the cake. It’s a long, strange trip, but, if you are anything like me, it’s worth it once you reach your destination. 4.5 stars 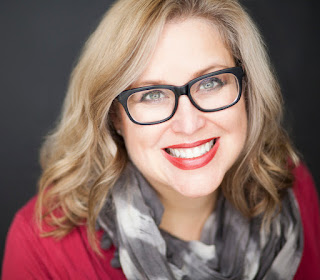