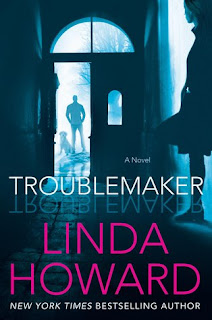 For Morgan Yancy, an operative and team leader in a paramilitary group, nothing comes before his job. But when he’s ambushed and almost killed, his supervisor is determined to find out who’s after the members of his elite squad—and why. Due to worries that this unknown enemy will strike again, Morgan is sent to a remote location and told to lay low and stay vigilant. But between a tempting housemate he’s determined to protect and a deadly threat waiting in the shadows, keeping under the radar is proving to be his most dangerous mission yet.

The part-time police chief of a small West Virginian mountain town, Isabeau “Bo” Maran finally has her life figured out. She’s got friends, a dog, and a little money in the bank. Then Morgan Yancy shows up on her doorstep. Bo doesn’t need a mysterious man in her life—especially a troublemaker as enticing and secretive as Morgan.

The harder they fight the intense heat between them, the closer Morgan and Bo become, even though she knows he’s hiding from something. But discovering the truth could cost Bo more than she’s willing to give. And when Morgan’s cover is blown, it might just cost her life.

Troublemaker by Linda Howard
My rating: 5 of 5 stars

Troublemaker by Linda Howard is a 2016 William Morrow publication. I was provided a copy of this book in exchange for an honest review.

It is so nice to see a brand new romantic suspense novel by Linda Howard!

Morgan is a member of the exclusive GO-team, and an operative who has been shot, resulting in a heart attack, and is now in need of a place to lay low after his cover was compromised.

Bo is the chief of police in a small W. Virginia community, trying to pull herself out of a financial bind, and mostly living a quiet, peaceful life…until a man shows up at her home, obviously in pretty bad shape, claiming her former step-brother sent him. Initially, Bo was irate, but if she will simply allow the man to stay with her until he gets back in shape and the danger he is in has passed, she stands to earn enough money to pay off her debts.

This story is quintessential Linda Howard and I really enjoyed reading this romantic suspense novel written in the style I grew up with, but this story shows a new side of Ms. Howard, which is a little softer around the edges, shows more restraint by building the romantic tensity slowly, and allowing the mystery to float in the background for a while, then revving the suspense up to an action packed finale.
Also, on tap is the author’s trademark humor, but in this story she adds in a sweet small town romance element, and a loyal dog named Tricks, you will fall in love with.

I’m trying to remember if I have read a romantic suspense novel with this unique combination. It may seem like an odd pairing, but it works. Bo is a character I admired a lot because she has a high ranking position, and despite her sad background, she isn’t bitter, just cautious. I liked her attitude, the way she loves her job, her duties, and how she handled the situations she was faced with aplomb and a respect for the people she works for.

Morgan is a bit of an enigma for a long while, but what I loved about his story was seeing him settle into the small town life, his companionship with Tricks, and how he falls in love with Bo. The change in him is interesting and fun to watch.

The suspense and mystery lies in the uncertainly of who Morgan’s enemies might be. It’s a real puzzle and it takes a long time for information to develop in this area, but once it does, things get tense in a hurry.


Linda Howard is an author I have followed for many years, and I have always liked her style, and have read many of her books. This story is pretty much what I would expect from her, only better. If you are a long time fan, I think you will be happy with this one. If you have yet to discover this author, this will be a nice introduction. This story will obviously appeal to romantic suspense lovers, but contemporary romance fans will like this one too. 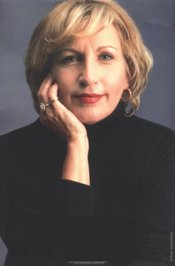 Linda S. Howington is an American best-selling romance author writing under the pseudonym Linda Howard. After 21 years of penning stories for her own enjoyment, she submitted a novel for publication which was very successful. Her first work was published by Silhouette in 1982. She is a charter member of Romance Writers of America and in 2005 Howard was awarded their Career Achievement Award.