When a secret webcam is found in the Georgetown bedroom of a murdered high-society call girl, everyone in Washington, DC wants the recording...especially the killer.

After a high-society call girl is brutally murdered in her Georgetown home, investigators find two cameras hidden in the walls of her bedroom. One has its memory erased, presumably by the murderer. The second is a webcam with an encrypted connection...and no-one knows who's on the other end. Whoever has the recordings has embarrassing leverage against some of the most powerful men in DC, not to mention a video of the murder showing the identity of the killer.

FBI Special Agent Allison McNeil is asked by beleaguered FBI Director Clarence Mason to run an off-the-record investigation of the murder because of the murder's similarity to a case she worked a year earlier. Allison knows the most direct path to apprehending the killer is to find the videos, but rumors that the victim's client list may include some of Washington's most powerful men makes her doubt the director's motives. As she starts her investigation, she quickly discovers that she's not the only one pursuing the recording...but that the most aggressive person racing against her might be the murderer himself.


The two members of the tactical squad approaching from the front reached the deck that wrapped around the front of the building. As they strode across it, the old wood floorboards groaned. The men froze. The seconds stretched out. Allison became suddenly aware of the hum of insects in the air around her. The dampness of her own skin. The sound of a bird calling in the distance. All of her senses were wired tight. An entire year of her life was wrapped up in the next few seconds. And if she’d got it wrong, Garret would have the ammo he’d been looking for to get her out of his unit once and for all. But she wasn’t worried about herself. What really bothered her was the chance that she had it right, that this was Kraw’s hideout, but that somehow they’d spooked him and he’d already slipped away. If that had happened, he’d be hundreds of miles away by tomorrow, scouting for his next victim as he traveled.


Movement in the cabin. Just a flutter. Like a bird trapped in a cage. Only her intuition told her it was more than a bird. It had been an arm. A human arm. Sam Kraw.


Based on the lack of movement from the tactical team, she realized no one else had seen it.


“I’ve got movement,” she whispered into her mic. “Window to the right of the front door. An arm.”


“I didn’t see anything,” Garret whispered.


Allison ignored him. The men around the cabin responded immediately, reorienting to the front door. Guns pointed at the window.


One of the men produced a miniram, a high impact, brute force breaching tool. Coordinating with his partner, he crouched next to the door while the other man readied a flash-bang grenade.


There was a pause, as if someone had pressed a button on a TV remote. Everyone was in place. The air seemed to still as if the world knew something was about to happen. Allison had her binoculars trained on the window where she’d seen the movement. If Kraw was inside, then the nightmare was almost over. She’d know in a few seconds whether that was the case or not.


But in that second, she saw the movement again.


Only this time, she knew something was wrong.


It was a man’s arm, she saw it clearly this time. But it was too stiff. The color was off. And, attached at the shoulder, she saw a coil of wire.


A mannequin arm on a spring.


Meant to make them think someone was inside.
It was a trap.

Get Your Copy Here: 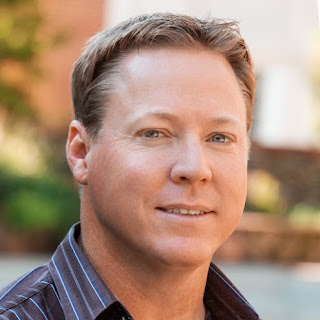 
Jeff Gunhus is the author thriller and horror novels for adults and the middle grade/YA series, The Templar Chronicles. The first book, Jack Templar Monster Hunter, was written in an effort to get his reluctant reader eleven-year old son excited about reading. It worked and a new series was born. His books for adults have reached the Top 100 on Amazon and have been Foreword Reviews Book of the Year Finalists.


After his experience with his son, he is passionate about helping parents reach young reluctant readers and is active in child literacy issues. As a father of five, he leads an active lifestyle in Maryland with his wife Nicole by trying to constantly keep up with their kids. In rare moments of quiet, he can be found in the back of the City Dock Cafe in Annapolis working on his next novel.