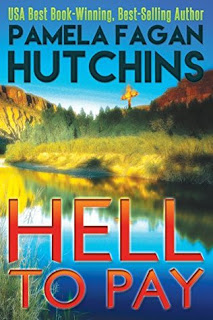 A pulse-pounder full of humor and heart, the latest in the What Doesn't Kill You romantic mystery series.

Big-haired paralegal and former rodeo queen Emily has her life back on track. Her adoption of Betsy seems like a done deal, her parents have reunited, and she’s engaged to her sexy boss Jack. Then client Phil Escalante’s childhood buddy Dennis drops dead, face first into a penis cake at the adult novelty store Phil owns with his fiancée Nadine, one of Emily’s best friends. The cops charge Phil with murder right on the heels of his acquittal in a trial for burglarizing the Mighty is His Word church offices. Emily’s nemesis ADA Melinda Stafford claims a witness overheard Phil fighting with Dennis over a woman. Before he can mount a defense, Phil falls into a diabetic coma, leaving Nadine shaken and terrified. Meanwhile Betsy’s ultra-religious foster parents apply to adopt her, and Jack starts acting weird and evasive. Emily feels like a calf out of a chute, pulled between the ropes of the header and the heeler, as she fights to help Phil and Nadine without losing Betsy and Jack.

Hell to Pay by Pamela Fagan Hutchins
My rating: 5 of 5 stars

Hell to Pay- An Emily Romantic Mystery -by Pamela Fagan Hutchins is a 2016 SkipJack publishing release. I was provided a copy of this book in exchange for an honest review.

Pamela has a unique writing voice which never fails to entertain and capture my undivided attention. This story grabbed me right away and before I knew it, I was deeply engrossed in Emily’s life, all her ups and downs, laughing and crying, and cheering her on as she works double time on a murder case, while her personal life begins to quickly unravel.


This third installment in the ‘Emily’ series charges from the gate with the shocking death of Phil’s friend, Dennis. Phil is arrested for murder making him Jack’s client again and pitting Emily against her arch rival, Melinda…. Again! But, the action is only getting started, as Phil’s health takes a serious turn for the worse, there is bad news for Emily in regards to Betsy’s adoption, and Jack has closed up on Emily, shutting her out, keeping secrets from her and telling lies.

In the meantime, Emily has to prove Phil’s innocence, which has her calling in favors, meeting up with some interesting and colorful characters and putting her life in danger in the process.

Not to sound clichéd, but seriously, fasten your safety belts, because this fast paced mystery is relentless on all fronts. Who murdered Dennis? What ‘old case’ is Jack working on and why isn’t he sharing with Emily? Will Emily and Jack make it as a couple? Will Betsy be taken from them forever?

Emily’s first person accounting of events is often hilarious, but is also poignant, as she struggles so very hard to do the right thing, help people, and find true love in her life, have a family of her own, but it often seems as though those things stay just out of her reach. But, Emily is a strong person, who refuses to say die, even if she really wants to curl up in a fetal position and suck her thumb, which makes her an inspirational, but realistic character I can’t help but like. (Even though she has a few, er, interesting, um, talents, that gives me the heebie jeebies, but do certainly come in handy, as you will see.)


It seems like Emily is on her own a lot in this one, at least when it comes to solving a murder and taking care of Phil’s defense, which is also the one thing she can focus on at the moment that keeps her moving on, because everything else seems to have turned to crap. Jack is one of those crappy things, and I honestly I wanted to pinch him on the butt, scream at him, and slam a few doors on Emily’s behalf. MEN! Otherwise, he was still the same sexy guy that melts your heart and might curl your toes.

As for our murder mystery, there is much more going on here than I originally thought, a lot more in fact. As Emily begins to peel back the layers of the onion, she’s in for a huge shock, and readers will be too!!

If you have been following along with the series, you will absolutely love the way things are all wrapped up. All the loose ends are tied up, the questions are answered, but not before you find yourself holding your breath, biting your nails, sitting on the edge of your seat, as the suspense builds to a crescendo. In the end everything is done with style and panache, while staying true to the characters and giving us all we could ever hope for in this series, but with Emily being Emily, none of it was predicable or conventional, which is why it was so wonderful.

Obviously, I really enjoyed this book, and I would definitely recommend this series to romantic suspense fans, but also to those who enjoy humorous contemporary fiction and romance. 5 stars 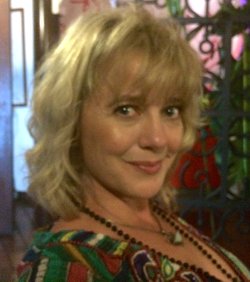 Pamela Fagan Hutchins writes overly long e-mails, romantic mysteries, and (possibly) hilarious nonfiction. She resides deep in the heart of Nowheresville, TX and way up in the frozen north of Snowheresville, WY. Pamela is passionate about great writing and smart authorpreneurship as well as long hikes with her hunky husband and pack of rescue dogs, her Keurig, and traveling in the Bookmobile.

If you like Sandra Brown or Janet Evanovich for fiction or Erma Bombeck for nonfiction, you're going to love Pamela.