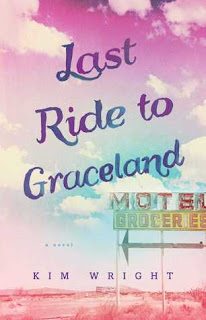 Lauded for her “astute and engrossing” (People) writing style imbued with “originality galore” (RT Book Reviews), Kim Wright channels the best of Jennifer Weiner and Sarah Pekkanen in this delightful novel of self-discovery on the open road as one woman sets out for Graceland hoping to answer the question: Is Elvis Presley her father?

Blues musician Cory Ainsworth is barely scraping by after her mother’s death when she discovers a priceless piece of rock ‘n’ roll memorabilia hidden away in a shed out back of the family’s coastal South Carolina home: Elvis Presley’s Stutz Blackhawk, its interior a time capsule of the singer’s last day on earth.

A backup singer for the King, Cory’s mother Honey was at Graceland the day Elvis died. She quickly returned home to Beaufort and married her high school sweetheart. Yearning to uncover the secrets of her mother’s past—and possibly her own identity—Cory decides to drive the car back to Memphis and turn it over to Elvis’s estate, retracing the exact route her mother took thirty-seven years earlier. As she winds her way through the sprawling deep south with its quaint towns and long stretches of open road, the burning question in Cory’s mind—who is my father?—takes a backseat to the truth she learns about her complicated mother, the minister's daughter who spent a lifetime struggling to conceal the consequences of a single year of rebellion. 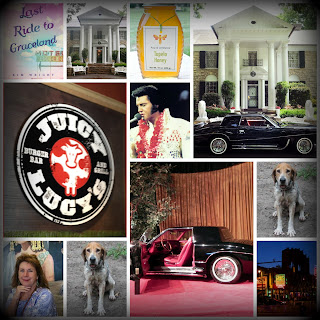 Last Ride to Graceland by Kim Wright
My rating: 4 of 5 stars

Last Ride to Graceland by Kim Wright by Kim Wright is a 2016 Gallery Books publication. I was provided a copy of this book by the publisher and an XOXpert, the official street team of XOXO After Dark.

“It was like he came along and whispered some dream in everybody’s ear, and somehow we all dreamed it. - Bruce Springsteen


This is an engrossing story, steeped in whimsical history, featuring the King of rock -n- roll, and the story of Laura “Honey” Berry and her daughter, Cory.


The rich atmosphere of a good old fashioned southern road trip, peppered with history and sprinkled with a colorful cast, all works together to generate a poignant tale which connects a mother and daughter, on the ultimate journey of self-discovery.

Cory Ainsworth, a blues musician, at the age of thirty-seven, has never seemed able to settle down. With her mother’s recent death, Cory feels as though the time is long overdue for her address the issue of her biological father, because it is most certainly not Bradley, the man who raised her as his own.

Laura Ainsworth, nee’ Berry, also known as “Honey”, was a backup singer for Elvis in the last years of his life. She lived at Graceland, fell in love, then soon finds herself ‘in trouble’. She makes the long sojourn back home to South Carolina and immediately married her high school sweetheart, gave birth to Cory seven months later, and continued on with life with little mention of her past and certainly not Elvis.

Now, all these years later, Bradley sets things in motion for Cory by sending her on an errand which leads her to the discovery of a 1973 Stutz Blackhawk automobile, that has been literally entombed since 1977. There is no doubt this car belonged to Elvis and Cory intends to return it to Graceland and retrace her mother’s journey in reverse from South Carolina to Memphis, hoping to prove Elvis was her real father.

Along the way, Cory picks up a fellow traveler, a coon hound, she names Lucy and the two become inseparable, which convinces me this trip is karma at its finest.

While Cory’s focus is on finding her father, what she discovers is how complex her mother really was. Honey was not the Laura Ainsworth that Cory grew up with. She is certainly remembered by many, but each person seems to have a different take on her character, making her a bit of a mystery to Cory.

Via Honey’s diaries, we are privy to Honey’s version of events, which, coupled with the retelling of Elvis’ last days adds a bittersweet quality to the tale.

Cory’s journey opens her eyes to many things, as the past merges with the present, and she discovers she is more like her mother than she ever thought possible. All the characters she encounters are unique, all of them giving Cory a little insight into her mother’s past. Some of these characters are likeable, some not as much., but in their own way, I think they all felt a sincere fondness for Honey and for Cory, even those who were full of it.

I have to admit, I was never a huge fan of Elvis, but I did find the passages highlighting conversations between him and Honey to be interesting, and I do believe Honey and Cory had him pegged pretty good, but of course, he did show Honey a great kindness, and for that reason, he is a redeemable character in the story.

This journey will resolve many of Cory’s lingering and burning questions, the most important of which is the discovery of the real Laura Ainsworth, and in the process, the discovery of her own self, which gives her the courage to grab hold of a promising future with both hands, which I am sure would make Honey, and maybe even Elvis, very proud.

I enjoyed this story very much, thought it was poignant, humorous at times, bittersweet, but ultimately a heartwarming story that left feeling like Cory has finally gotten her footing and will become the success she was destined to be. 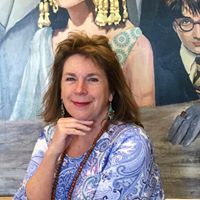 Kim Wright is the author of Love in Mid Air, The Unexpected Waltz, and The Canterbury Sisters. A two-time winner of the Lowell Thomas Award for travel writing, she has been writing about travel, food, and wine for more than twenty years for magazines such as Wine Spectator, Self, Travel & Leisure, and Vogue. She also ballroom dances competitively. Kim lives in Charlotte, North Carolina.