The Murderer's Daughter by Jonathan Kellerman- A Book Review 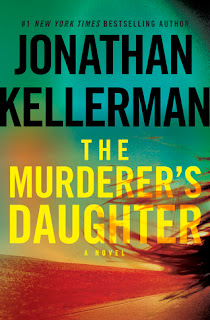 From the creator of the acclaimed Alex Delaware series comes a tour de force standalone novel that illustrates perfectly why “Jonathan Kellerman has justly earned his reputation as a master of the psychological thriller” (People).

A brilliant, deeply dedicated psychologist, Grace Blades has a gift for treating troubled souls and tormented psyches—perhaps because she bears her own invisible scars: Only five years old when she witnessed her parents’ deaths in a bloody murder-suicide, Grace took refuge in her fierce intellect and found comfort in the loving couple who adopted her. But even as an adult with an accomplished professional life, Grace still has a dark, secret side. When her two worlds shockingly converge, Grace’s harrowing past returns with a vengeance.

Both Grace and her newest patient are stunned when they recognize each other from a recent encounter. Haunted by his bleak past, mild-mannered Andrew Toner is desperate for Grace’s renowned therapeutic expertise and more than willing to ignore their connection. And while Grace is tempted to explore his case, which seems to eerily echo her grim early years, she refuses—a decision she regrets when a homicide detective appears on her doorstep.

An evil she thought she’d outrun has reared its head again, but Grace fears that a police inquiry will expose her double life. Launching her own personal investigation leads her to a murderously manipulative foe, one whose warped craving for power forces Grace back into the chaos and madness she’d long ago fled.

The Murderer's Daughter by Jonathan Kellerman
My rating: 4 of 5 stars

The Murderer’s Daughter by Jonathan Kellerman is a 2015 Random House publication. I was provided a copy of this book by the publisher and Netgalley in exchange for an honest review.

The first thing one should know up front is that this is NOT an Alex Delaware mystery, although Alex does manage to have his name dropped once. This story is told from the personal perspective of a psychologist, Grace Blades.

Grace is a success, despite her rough start in life, but is still haunted by her past, and perhaps you might question her mental health on more than one occasion. But, then her past presents itself in what was at first an awkward and embarrassing situation, that quickly turns deadly and dangerous. As Grace searches for answers, her memories come to the forefront of her mind as she tells the story of how she became a murderer’s daughter and how she coped, and managed to survive to become a doctor, and why she has so much empathy for her patients. But, as her story unfolds, we see another side of Grace that is sad, unnerving, and chilling, but is also brave, and too smart for her own good…

I honestly had no preconceived notions when I started this book. I knew it was not a part of the long running Delaware series, and I had heard some positive buzz about it prior to its official release. However, I do confess to thinking this book would probably follow some kind of traditional mystery trope or formula, which is not the case.

This is an interesting way of presenting a crime and Grace’s role in the developments that took place in her young life and how it all comes back to haunt her in adulthood. Her character is certainly fascinating. She’s a lone wolf, takes uncalled for risk, is a bit eccentric and her mental health may not be on par with what people consider normal, but it is like a defense mechanism, and of course her attitude, feelings, and actions will leave you feeling conflicted.

In some ways she is like an anti-hero, but I found myself fascinated by her narrative, and could understand her at times, since I am an extreme introvert. Many things Grace craved, such as solitude and time to read, are things I will do anything to achieve. So, while some will not know how to take her, I actually liked her.

While this is certainly not a traditional crime story or mystery, there is action, some very tense moments, and a lot of dark subject matter. However, it’s almost like reading Grace’s personal journals or maybe like reading a memoir, and she makes a compelling character study and is quite analytical.

Once I finished the book, I was not sure about my feelings for it. But, the more I think about it, the more I see its merits and have concluded it was a good story, a little outside the box, but very thought provoking. Its unconventional style could throw Kellerman’s fans off a little bit, since this book is nothing at all like anything else he’s written, that I know of. But, I would urge people to approach the book with an open mind, and if you can do that, I think you will enjoy this book. 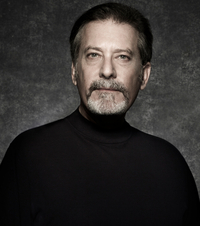