The Doll's House by M.J. Arlidge- A Book Review

The Doll's House is the new twisting and terrifying thriller in the Detective Inspector Helen Grace series from M.J. Arlidge.

Arlidge is the author of Eeny Meeny and Pop Goes the Weasel, and has been dubbed 'the new Jo Nesbo'.

A young woman wakes up in a cold, dark cellar, with no idea how she got there or who her kidnapper is. So begins her terrible nightmare.

Nearby, the body of another young woman is discovered buried on a remote beach. But the dead girl was never reported missing - her estranged family having received regular texts from her over the years. Someone has been keeping her alive from beyond the grave.

For Detective Inspector Helen Grace it's chilling evidence that she's searching for a monster who is not just twisted but also clever and resourceful - a predator who's killed before.

And as Helen struggles to understand the killer's motivation, she begins to realize that she's in a desperate race against time . 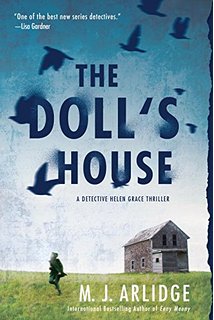 The Doll’s House by M.J. Arlidge is a 2015 Penguin publication. I was provided a copy of this book by the publisher and Netgalley in exchange for an honest review.


“Ruby knew in her heart that she would go on suffering until the bitter end. There would be no escape for her, and this place- this strange doll’s house- would be her tomb.”


The Doll’s House is another solid addition in the Helen Grace series. While Helen finds herself searching for yet another serial killer, a case every bit as atmospheric, dark, and downright creepy, as previous installments, for me it was the politics in Helen’s unit that took center stage.

Harwood’s drive to kick Helen out has become an obsession of epic proportions, luring otherwise good people into her web of deceit, and forcing Helen to take desperate measures, including the involvement of a very pregnant Charlie, who is on leave.

Helen’s nephew is MIA and she is desperate to make a connection with him, but even Helen can’t seem to find a clue as to what has become of him since discovering his true heritage.

This third book in the series gives us even more insight into the mysterious enigma that is Helen Grace. I have had mixed feelings about her character from the get go. She’s dark, very dark, but at the same time, she is a figure I couldn’t help but respect.

Over time, Helen’s character has seen some growth, but it’s never in a way I would have imagined. Her actions here continued to confuse me, but in spite of Helen’s self- sabotage she did make some solid breakthroughs.


Once again, the author spotlights the flaws of those working in law enforcement, which includes backstabbing, blackmail, and other wonderful measures taken to climb the ladder, to preserve self- glorification, and the snowball effect that has on the entire unit, and the ability to solve crimes, which for some people is a secondary goal, it would seem. 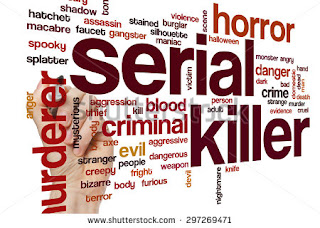 Our killer, is as usual, a real sicko, and we see one of the victims go through a harrowing life and death struggle, which makes for some very tense and suspenseful reading, despite the all too common serial killer trope.


I am satisfied with the conclusion of this one, although there are still a few lingering questions for Helen, but I have no doubt she will get all the wrinkles ironed out at some point. I am looking forward to the next book in the series, and can’t wait to see how things develop from here.

Overall, I found this Helen Grace outing to be another well written, gritty and absorbing thriller.
4 stars 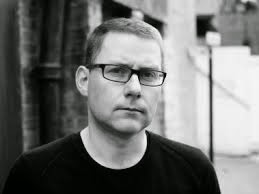