Sometimes the forbidden is impossible to resist…

Special Ops soldier Chase “Fiddler” Daniels is just back from a dangerous mission overseas. He needs sleep and sex—and not necessarily in that order. When Sophie Nash arrives on his doorstep, he doesn’t recognize the stepsister he hasn’t seen in ten years. And when she spins a tale involving a Russian billionaire and secret files, he doesn’t believe her. Until someone firebombs his apartment with them inside…

Now they’re on the run, and grown-up Sophie is more compelling than he ever thought possible. But she’s off-limits, and Chase won’t cross that boundary—or will he?

Sophie Nash only wants life to return to normal. Get the files she mailed to Paris and find out what’s in them. Stop Grigori Androv from hurting anyone else. Live and let live. Except the stakes are high in this game of cat and mouse, and there’s no assurance she’s going to come out on top. Maybe that’s why she can’t quite resist Chase’s alpha magnetism.

Or why she finds herself falling for her very hot, very lethal—very forbidden—protector…

“Oh thank God you’re here. I need your help.”
Chase “Fiddler” Daniels stared at the woman standing on his doorstep, his brow furrowing. He didn’t need to look at his phone to tell him it was around three in the morning or that he’d fallen asleep just about an hour ago. His eyes were gritty and his brain wasn’t quite up to speed.
He shook his head but she didn’t go away.
And, holy hell, she was gorgeous—if she was here to fuck, then he was down with that. Wouldn’t be the first time some chick had shown up with a lady boner for him. He’d been in Buddy’s Bar earlier with some of Echo Squad’s guys, shooting pool and bullshitting. He’d flirted with the waitresses, as usual. But he didn’t remember this one, which was strange because he should have.
He put his hand on top of the open door—because he knew it made the muscles in his chest and abs flex—and gave her a look. “What kind of help do you need, sweetheart?”
She had violet eyes. Pretty violet eyes framed with dark lashes. They were wider now than they had been a few seconds ago. Her red-gold hair hung in waves over her shoulders and down her back. She was on the curvy side, not at all skinny or waif-like. She had hips a man could hold onto while he thrust deep into her body. Chase liked a girl with curves.
She threw a glance over her shoulder, almost as if she was afraid, before turning her gaze on him again. “You don’t recognize me, do you?”
He was too tired for bullshit games. “Nope.”
She dropped her lashes over those incredible eyes and sucked in a breath. “Please let me in. I’ll explain everything.”
He was starting to get annoyed. “Honey, it’s after three in the morning and you woke me up. I have no idea who you are. If you want to fuck, just say so. You can get naked and I’ll take you to paradise at least once before I fall asleep again, promise.”
Her jaw had dropped during this speech. He felt a little guilty but, hell, what did she expect?
“You think I’m here for sex?”
He leaned forward, the movement popping his biceps as he held the door. “It’s nothing to be ashamed of, sweetheart.”
She stiffened her spine as if she was somewhat outraged. “I’m Sophie, you jerk. Sophie Nash.”
And just like that the ice water of reality splashed down on his head and cooled every illicit thought he’d been having about the sexy woman on his doorstep. He dropped his hand from the door and stood straight and tall, as stiff as she was now.
“Sophie Nash.” He couldn’t help the bitter twist on her last name. “Well how about that? Not a kid anymore, I see.”
“No, not a kid anymore.” Her gaze slipped over him, from his bare chest to the faded jeans he’d tugged on when the doorbell kept ringing and right on down to his feet. “You aren’t sixteen anymore either.”
He was tempted to close the door in her face but he didn’t. Instead, he stepped back and silently agreed to let her inside. She swept in like a queen before turning to face him again. He shut the door and leaned back against it, studying her through hooded eyes.
“You were fourteen the last time I saw you.” And he’d barely paid any attention to her at the time, though he’d actively disliked her because she’d had the things he didn’t. She’d been unremarkable, a chunky girl who’d followed him around and talked entirely too much while he completely ignored her. It was quite a shock that she’d changed so drastically, though it was to be expected in ten years.
She clasped her hands in front of her body. Her knuckles whitened. “I know you and your father have had a strained relationship over the years. But it’s not my fault—and it’s not my fault he married my mother.”
Chase swore. Two minutes ago, he’d been thinking about taking her to bed. Technically she was his stepsister, though he’d never looked at her like family. Impossible since he’d never thought of his biological dad as his family either.
“I haven’t talked to Tyler in about five years. I like it that way.”
“I think he misses hearing from you.”
Chase closed his eyes and swallowed the rage building inside. “Don’t,” he growled. “Don’t even go there. He’s never fucking cared about me or my mom. I don’t even have his last name. So don’t you tell me he fucking misses me. He damn well doesn’t.”
Sophie’s tongue darted out to lick her lips. He hated that it sent a sizzle of electricity down his spine. Off limits, dude.
“I’m sorry. I-I didn’t mean…” She shook her head. “Your mom gave Tyler your address. I have nowhere else to turn, Chase. I need you.”

Hot Protector by Lynn Raye Harris
My rating: 5 of 5 stars

HOT Protector by Lynn Raye Harris is a 2016 publication. I was provided a copy of this book in exchange for an honest review.

It is only fitting that the tenth novel in the H.O.T series should get perfect ten score.

The step-brother trope is the hottest thing going right now, for those who enjoy that storyline, you will want to check this one out.

Chase “Fiddler” Daniels has his life disrupted in a most explosive manner when his step-sister, Sophie, shows up at his house in the wee hours of the morning bringing a world of trouble with her.

Apparently, Sophie got involved with the wrong man, and is now in serious danger. Chase’s experience as a member of H.O. T. is the only hope Sophie has, and so although he really, really, really, can’t stand his step-sister, he agrees to help her. But, in so doing, Chase’s life will never be the same, because for some reason, there is a deep connection between him and the girl he has harbored deep and intense resentment towards most of his life. But, before the couple can decipher their feelings they must discover what is on a certain flash drive that has made Sophie a target, and make it out alive in the process.

Although this adventure is not an official H.O.T assignment, this story still has the high octane action, explosions, and evil bad guys as all the other books in this series. Plus, there is still that secondary storyline going on with Mendez and Ian Black that is very, very interesting indeed.

But, the focus here is on Chase and Sophie, two wounded souls, who discover they have a thing or two in common after all and getting together, even under these conditions, gives them a chance to clear the air, commiserate with one another, and begin to heal past hurts, and it goes without saying the chemistry between them will boil steel. This couple has a sexy, and naughty banter between them that keeps the tension at a fever pitch.

Chase is a typical alpha, but is obviously sensitive, and I liked the way he took care of Sophie. On the surface, Sophie seemed to live a charmed life, but reality proves otherwise. The topic of body shaming and body image is addressed, and the way Chase boosted Sophie’s confidence was the first thing that won me over.

This story has a slightly different tone to it with a cloak and dagger style story involving a mysterious flash drive, with a little globetrotting added in. The attention the story called to crimes against women, something I feel should be thrust into the spotlight more often because it remains a very shadowy, underground topic, is another thing that makes this book such a good story.

As always, the story was very fast paced, filled with hot as fire sexy times and non-stop action and suspense.
If you like hot military heroes, and romantic suspense, this series is for you. 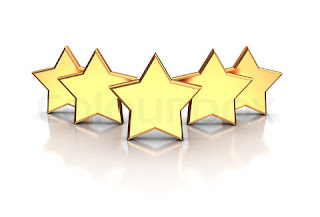 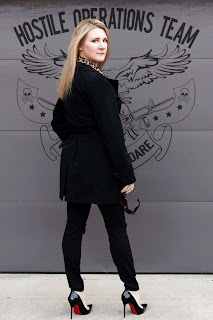 To be kept up to date about all of Lynn's new books, as well as to receive exclusive content and have the opportunity to enter special giveaways, sign up for Lynn's newsletter here. Or text the word HOTTIES to 33733.

Lynn Raye Harris is the New York Times and USA Today bestselling author of the HOSTILE OPERATIONS TEAM SERIES of military romances as well as 20 books for Harlequin Presents. A former finalist for the Romance Writers of America's Golden Heart Award and the National Readers Choice Award, Lynn lives in Alabama with her handsome former-military husband, two crazy cats, and one spoiled American Saddlebred horse. Lynn's books have been called "exceptional and emotional," "intense," and "sizzling." Lynn's books have sold over 3 million copies worldwide.

You can learn more at her website, http://www.LynnRayeHarris.com, or come and visit her at her Facebook page: http://www.facebook.com/AuthorLynnRay.... Lynn loves hearing from her readers!
Posted by gpangel at 6:00 AM