Born With Teeth- by Kate Mulgrew- A Book Review 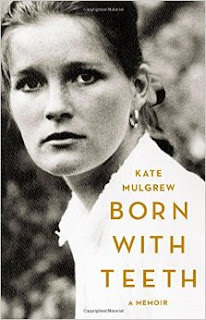 ABOUT THE BOOK:
Raised by unconventional Irish Catholics who knew "how to drink, how to dance, how to talk, and how to stir up the devil," Kate Mulgrew grew up with poetry and drama in her bones. But in her mother, a would-be artist burdened by the endless arrival of new babies, young Kate saw the consequences of a dream deferred. Determined to pursue her own no matter the cost, at 18 she left her small Midwestern town for New York, where, studying with the legendary Stella Adler, she learned the lesson that would define her as an actress: "Use it," Adler told her. Whatever disappointment, pain, or anger life throws in your path, channel it into the work.

It was a lesson she would need. At twenty-two, just as her career was taking off, she became pregnant and gave birth to a daughter. Having already signed the adoption papers, she was allowed only a fleeting glimpse of her child. As her star continued to rise, her life became increasingly demanding and fulfilling, a whirlwind of passionate love affairs, life-saving friendships, and bone-crunching work. Through it all, Mulgrew remained haunted by the loss of her daughter, until, two decades later, she found the courage to face the past and step into the most challenging role of her life, both on and off screen.

We know Kate Mulgrew for the strong women she's played--Captain Janeway on Star Trek; the tough-as-nails "Red" on Orange is the New Black. Now, we meet the most inspiring and memorable character of all: herself. By turns irreverent and soulful, laugh-out-loud funny and heart-piercingly sad, BORN WITH TEETH is the breathtaking memoir of a woman who dares to live life to the fullest, on her own terms.

Born with Teeth by Kate Mulgrew
My rating: 4 of 5 stars

Born with Teeth by Kate Mulgrew is a 2015 Little Brown and Company publication.

Kate Mulgrew is one of my husband’s favorite actresses, not because of her theatre or stage accomplishments, but for what is perhaps her best known role- that of Captain Janeway, in the television show “Star Trek Voyager”. 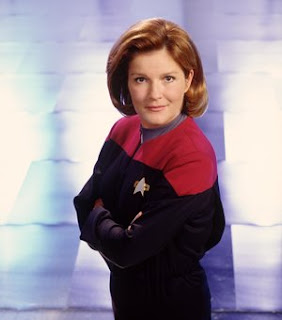 From my personal standpoint, I remembered this actress from wwaayyy back in the day, when she had a key role on the soap opera “Ryan’s Hope” as a ‘story’ my mother frequently tuned into. I also remembered the short lived series- “Mrs. Columbo”, but the truth is, I knew absolutely nothing about Kate’s personal life. I had no idea if she had ever married, had children, and knew nothing of her personal struggles, her background or any of her other acting roles. When I saw this book advertised on Goodreads, I was intrigued by the title, and so with genuine curiosity, I waited for quite a while for the book to become available at my library, but it was a worth it. 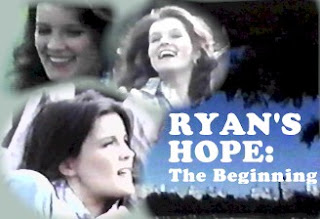 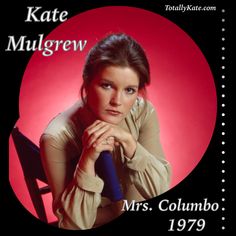 Sometimes I was genuinely puzzled by Kate’s attitude in certain situations, felt deeply for her as we saw her heart broken time and again, and felt her moods swing from happy, sad, tenacious, regretful, determined, and at last peaceful. I didn’t always agree with her choices, but enjoyed the way she opened herself up, letting people see her humanity, her triumphs and failures, her ups and downs, and how she manages face it all with aplomb, sticking to her personal convictions, without arrogance, or self-pity, flippancy or excuses. It is what it is, which is very interesting indeed.

The book is very well written for a first person perspective of one’s own life. It was told with honesty, and highlighted many key moments in the actress's personal life as well as her professional one. Her childhood was marred with some shocking developments and tragedy, her professional life was spent doing what she loved most, but her personal life was fraught with doomed romances, a huge decision that affected her life for decades, which is the tale that stands out more than any other in the book.

There were a few times when I wondered about a situation or a person she mentioned and felt as though something was missing from the story, and it does feel like some areas are glossed over, but overall, this one is very well organized, and is devoid of dry, self- serving promotions. Thank goodness! 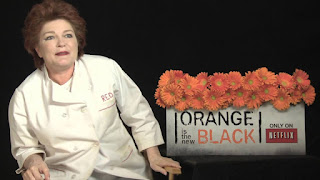 For fans of the actress, you will not want to miss this memoir, and for those who are not as familiar with Kate, you will find her love of stage performing and other lesser known facts about her life to be quite fascinating. Kate has certainly lived a full life, lived it with gusto, and is still churning out ground breaking performances. 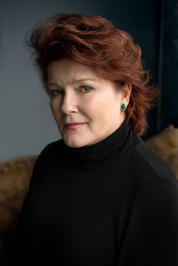 Kate Mulgrew is an American actress noted for her roles as Captain Kathryn Janeway on Star Trek: Voyager, Mary Ryan on Ryan's Hope, and, most recently, Galina "Red" Reznikov on Orange Is the New Black. She has performed in numerous television shows, theater productions, and movies. She is the winner of a Golden Satellite Award, a Saturn Award, and an Obie Award and has been nominated for a Golden Globe and an Emmy.
Posted by gpangel at 12:30 AM