The Truth About Him by M. O'Keefe - A Book Review 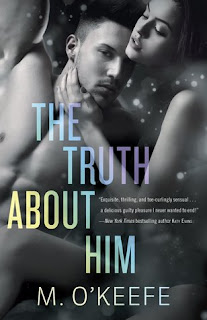 For fans of Christina Lauren and Jodi Ellen Malpas comes the next novel in M. O’Keefe’s breathtakingly sexy series about a woman called into a journey of the heart, body, and soul.

We played our roles, told each other lies.

But now Dylan is no longer just a mysterious deep voice on the other end of the line. We’re face-to-face and our relationship is very, very real.

We still have secrets—but so much is crystal clear:

The need to keep feeling the way he makes me feel. Forever.

Dylan is putting up walls, trying to keep me safe, but he can’t shut me out. He has seen my darkness and rescued me. Now it’s my turn, if only he will let me.

The Truth About Him by Molly O'Keefe
My rating: 5 of 5 stars


The Truth About Him by M O'Keefe is a 2015 Random House publication. I was provided a copy of this book by the publisher and Netgalley in exchange for an honest review.

This book is the conclusion to the first book - “Everything I left Unsaid” and as you will recall that book left us in a very bad place with the mother of all cliffhangers.

Thankfully, we didn't have to wait too long between books, to find out what happened. Suffice it to say, the story charges from the gate with some truly shocking developments.

But, it is finally time for Annie to really move forward with her life and she desperately wants Dylan to be a part of it, but, Dylan is convinced Annie could do better and does everything in his power to run from the love he feels for her and pushes her way as hard as he possibly can, constantly berating himself, second guessing, and beating himself up.

In the meanwhile, Dylan and Annie learn some disturbing things about Ben and Joan, plus Dylan's brother, Max, disappears, making his MC very uneasy, putting Dylan in the crossfire, a place he is trying to avoid at all cost.

As the story progresses, we see two very wounded and scarred people learn to let go of their demons, little by little, face their fears, and allow themselves to receive what the other has to offer. It's a slow, hard fought battle with a lot of outside influences trying to keep them down and in danger. But, these two have a key word that describes them and their relationship perfectly ...Bedrock. There couldn't be a more fitting motto for this couple.

What I like best about this second book, was how gritty, raw, and emotional it is . While this book is written in the New Adult format, with dual first person perspectives, the story doesn't have that immature, whiny angst so many NA novels have. I would recommend it to contemporary romance readers more so than any other genre or sub-genre.

This is a very tight, taut, nerve wracking tale, on one hand, but an inspirational story too. I did grow frustrated with Dylan on more than one occasion, but understood his wariness, and knew he had to go through some things, just like Annie, in order to take that next step.

The tension was almost too much at times, though, and I found myself putting the book away for a little bit and coming back to it later, simply because it was on such a high emotional plane at all times. That's not a bad thing, but it was intense.

The sexual aspects of the story were very, very steamy, and was very much a continuation of Annie's sexual awakening, which means some experimentation that is firmly on the erotica side of things.

Overall, I was pleased with the outcome and enjoyed this pair of novels by M. O'Keefe, which was certainly unlike anything else I've read recently. It was outside the box a little and challenged me some, and that's always a plus when you read as much as I do. 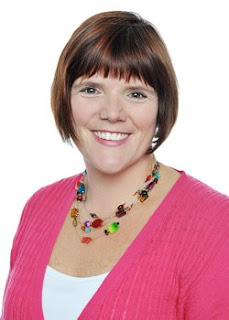 Originally from a small town outside of Chicago, she went to university in St. Louis where she met and fell in love with the editor of her school newspaper. They followed each other around the world for several years and finally got married and settled down in Toronto, Ontario. They welcomed their son into their family in 2006, and their daughter in 2008. When she's not at the park or cleaning up the toy room, Molly is working hard on her next novel, trying to exercise, stalking Tina Fey on the internet and dreaming of the day she can finish a cup of coffee without interruption.
Posted by gpangel at 1:00 AM