The Reluctant Duchess by Sharon Cullen- A Book Review

Lady Sara Emerson was jolted out of her dull provincial life by her cousin’s murder. Now that the killer seems to be targeting her, Sara seeks help from the man who was once her cousin’s fiancé, Gabriel Ferguson, Duke of Rossmoyne. With his towering frame and fiery personality, Ross cuts an intimidating figure. Living under his protection, however, has its own hazards—like the sudden urge Sara feels to take their relationship in new, exquisitely inappropriate directions.

Dazzled by the social graces of his betrothed, Ross never noticed her shy, blushing cousin. Looking at Sara now, though, he’s drawn to her lovely eyes and calm disposition. Funny how a year away from the hustle and bustle of the tonchanges a man. But Ross has no intention of allowing a woman to interfere with his plan to return overseas. He will simply capture the murderer and set sail once again. The problem is, with her beguiling lips and heavenly touch, Sara makes him never want to leave home—or his bed—again

The Reluctant Duchess by Sharon Cullen
My rating: 5 of 5 stars

The Reluctant Duchess by Sharon Cullen is a 2015 Loveswept publication. I was provided a copy of this book by the publisher and Netgalley in exchange for an honest review.


Simply delicious! This story is a combination of mystery, suspense and historical romance which made it doubly appealing to me.

Lady Sara’s outgoing and popular cousin Meredith was murdered two years ago and the case was never solved. Now Sara is receiving weird and frightening notes which allude to her cousin’s death, suggesting the notes may be from the killer. The one person Sara feels can help her is Meredith’s fiancé at the time of her death… The Duke of Rossmoyne, Gabriel Ferguson.

Gabriel has just returned from his assignment in India and is still recovering from all that he encountered there. When he is informed of Lady Sara’s reasons for intruding upon his life, he is once more confronted with his painful past, but this could be a chance to finally solve the case, remove all whispers of his involvement, and most importantly, keep Lady Sara safe.

But, with each day he spends with Sara, he falls more deeply in love with her, which is the very last thing he expected to happen. However, Sara is convinced she would never make a proper Duchess for him, due to her lack of social skills. Can Gabriel solve the murder case and win Sara’ heart, or will the murderer ruin their chance at happiness?

I love, love, love mystery mingled in with romance. Most of the time I equate romantic suspense with a contemporary setting, but this story could fit into that mold quite nicely, although the romance becomes the dominant thread.


The mystery was compelling and suspenseful as the killer’s boldness begins to escalate and it becomes obvious that Sara is his new obsession. This plot could just as easily fit into a contemporary setting, but I think the historical setting made it a bit more challenging.

As with most romantic suspense novels, it can be difficult to balance the mystery and romance, and since this story is firmly rooted in the regency period, with many readers of this genre expecting strong romantic elements, there were a few times when the mystery got pushed to the sidelines, which of course threw a wet towel on the suspense build up. In the end, this storyline does manage to steal the spotlight away and becomes a little tense for a while.

One thing that struck a chord with me personally, was that I can understand Sara and relate to her quite well. I am not a social butterfly and have absolutely no desire to become one. I can feel her discomfort at the social events she attended, and understood exactly how she felt. The funny thing, of course, was that Gabriel wasn’t all that keen on social gatherings either, making the couple more compatible than they realized.

Gabriel is a true gentleman, and I loved his respect for Sara and his mother, even when I disagreed with what was being said. Although he did have that slight arrogance any duke would, he was reasonable and smart, and that made him attractive and really sexy.

The author did a great job sticking with the language, dress, and social mores of the day, and for once, I didn’t get irritated by the use of words or phrases that didn’t not belong in polite society in those days.

Although, it was a sad way for this couple to come together, perhaps a little bittersweet, I do believe these two are Soulmates and are a perfect love match!

I really enjoyed this one a lot! 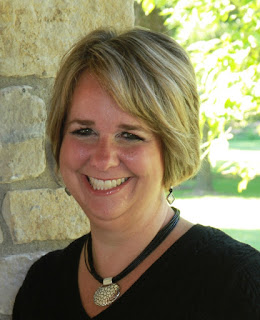 After earning a degree in journalism from Ohio University Sharon found that the stories inside her head were more interesting than what was going on in the world around her. Yet, it wasn't until years later that she decided to pursue her secret dream of writing a romance novel. Since then she's been published in romantic suspense, paranormal romance and contemporary romance. The Notorious Lady Anne is her first historical romance.

Sharon's other job descriptions include chauffer, laundress, cook and mediator to her three very busy kids, her husband and two dogs. She lives in southwest Ohio with her brood although her dream is to someday retire to St. Maarten and live on the beach.

If you'd like to find out more about Sharon and her books, you can visit her at her blog or her website. She's addicted
to social networking so you can find her on Facebook and Twitter. Friend her! Like her! Follow her! She'd love to hang out with you and talk about her passion--books.
Posted by gpangel at 12:30 AM