Mrs. Kaplan and the Matzoh Ball of Death and A Pain in the Tuchis by Mark Reutlinger- A Book Review 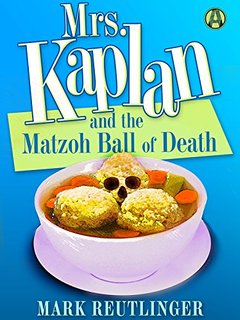 Everyone knows that Rose Kaplan makes the best matzoh ball soup around—she’s a regular matzoh ball maven—so it’s no surprise at the Julius and Rebecca Cohen Home for Jewish Seniors when, once again, Mrs. K wins the honor of preparing the beloved dish for the Home’s seder on the first night of Passover.

But when Bertha Finkelstein is discovered facedown in her bowl of soup, her death puts a bit of a pall on the rest of the seder. And things go really meshugge when it comes out that Bertha choked on a diamond earring earlier stolen from resident Daisy Goldfarb. Suddenly Mrs. K is the prime suspect in the police investigation of both theft and murder. Oy vey—it’s a recipe for disaster, unless Rose and her dear friend Ida can summon up the chutzpah to face down the police and solve the mystery themselves.

Mrs. Kaplan and the Matzoh Ball of Death by Mark Reutlinger
My rating: 4 of 5 stars

Mrs. Kaplan and the Matzoh Ball of Death by Mark Reutlinger is a 2014 Alibi publication. I was provided a copy of this book by the publisher and Netgalley in exchange for an honest review.

This first book in an all new cozy mystery series features Rose Kaplan and her very good friend, Ida, two senior citizens residing at the Julius and Rebecca Cohen home for Jewish Seniors.

Rose makes the best Matzoh ball soup in the world, so after winning a contest, she is allowed to make her infamous soup for seder, the first night of Passover.

But, things go horribly awry when someone falls face first into the soup and is pronounced dead at the scene. Rose is relieved beyond measure to learn her cooking hadn't killed anyone, but it would seem she is still a person of interest, because what did kill the poor woman was found in Rose's soup. So, the question is how did it get there if Rose didn't put it there?

So before Rose winds up in jail for crime she didn't commit, she and Ida must determine what really happened.

I do believe I have found a new cozy series to follow. Told from Ida's first person perspective, these ladies had me in stitches. Seniors they may be, but they are sharp, alert and observant. The home is a boiling pot of gossip and secrets so it will take a some unconventional methods for Rose and Ida to solve the case.

I was fascinated by the vernacular and intonations and expressions used, with authentic Yiddish language included in some of the dialogue, adding another level of enjoyment to the story for me.

The dialogue was snappy and sparked with wit and humor, the characters were well drawn and developed, the pacing was steady, and the character driven plot kept me engaged, and puzzling over the red herrings, but mainly I was just entertained by this story and actually laughed out loud a few times.

There were some moments where things got a little too far fetched, but with a cozy mystery I think a little elbow room is required at times, especially when writing about senior amateur sleuths, who are limited to what they can plausible accomplish while living in an assisted living home.

Rose cleverly outsmarted the detectives on the case, which caused some embarrassment for them, but also garnered Rose a little respect too. I've got the next book queued up and ready to read and can't wait to see what happens next.

Overall, this well written mystery was a very satisfying read and I had a lot of fun with it. I think this series is going to be a keeper. 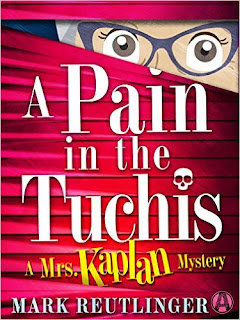 Yom Kippur is a day of reflection and soul searching. But at the Julius and Rebecca Cohen Home for Jewish Seniors, Vera Gold misses this opportunity to atone for her many sins when she up and dies. Indeed, Vera was such a pain in the tuchis to all those around her that when her sister claims Vera was deliberately poisoned, the tough question isn’t who would want to kill her—but who wouldn’t?

Having already solved one murder with her dear friend Ida, Rose Kaplan has a sleuthing reputation that precedes her. It’s only natural that Vera’s sister turns to Mrs. K for help. So do the police, but when her conclusions conflict with theirs, they tell her to butt out! This case has more twists than a loaf of challah. And with a homicidal scoundrel on the loose, Mrs. K has to act fast—or she might be the guest of honor at the Home’s next memorial service. 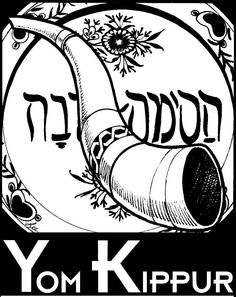 A Pain in the Tuchis by Mark Reutlinger
My rating: 4 of 5 stars

A Pain in the Tuchis: A Mrs. Kaplan Mystery by Mark Reutlinger is a 2015 Alibi publication. I was provided a copy of this book by the publisher and Netgalley in exchange for an honest review.

The author charmed me so much with the first book in this series, I immediately queued up the second book. I am happy to report that the momentum never slowed down as Ida and Rose once more find themselves in embroiled in a suspicious death at the Jewish senior home where they reside.

This time, a grumpy resident with a mean streak, suddenly takes ill and requires constant care. When she passes away, no one is all that surprised, and foul play never crosses anyone’s mind, until it’s hinted at by another resident. Rose’s inner Sherlock Holmes awakens and she takes it upon herself to find the truth in order to give the family peace of mind.

Ida is a perfect narrator, giving the reader all the facts and adding her own perspective as well, which is often laugh out loud funny.

The author has painted the portrait of these two senior sleuths perfectly. I can see them in my mind’s eye and envision all their adventures. The language is authentic, using accurate Yiddish words and dialect, but I did notice some definitions were added a few times so that everyone understood the dialogue without having to give the kindle dictionary a workout, which is probably a good idea.

The mystery was a well thought out and evenly paced, with a few zany side adventures, and some surprising twists thrown in for good measure.

I have to say this is one the best new cozy mystery series I’ve discovered this year. If you love humor with your mystery, then I challenge you to read this series. You will be glad you did. 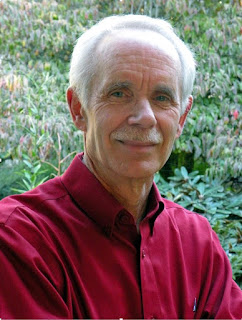 Mark Reutlinger is the author of the novel Made in China and the "Mrs. Kaplan" mystery series. He is a professor of law emeritus at Seattle University. Born in San Francisco, Mark graduated from UC Berkeley and now lives with his wife, Analee, in University Place, Washington.
When not reading or at his computer writing, Mark enjoys tennis, biking, playing the clarinet (in the Tacoma Concert Band), sports cars, and various arts and crafts. He wishes he had time for it all.
Posted by gpangel at 1:00 AM