Live to Air by Jeffrey L. Diamond- A Book Review 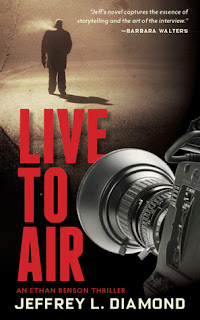 Television, politics, and the Russian mob: Live to Air is a riveting crime thriller, jam-packed with intrigue and unforgettable characters.

Ethan Benson is a charming and principled-if sometimes difficult-television producer in New York City who detests doing crime stories. But that's of no significance to his high-powered boss at the network, and Benson finds himself assigned to investigating a bloody shoot-out in the Meatpacking District, whose old grime and new glitz provide a symbolic background for a sensational murder that has dominated the headlines.

As he pieces together his story, Benson literally covers New York-from Central Park and Fifth Avenue to Little Russia in Brooklyn and Rikers Island in Queens-crossing paths with a fascinating cast of characters on both sides of the law. Unknown to Benson, organized crime may be only one facet of the thrilling investigation. With his wife and son in hiding and his life in danger, Benson draws closer to a resolution that will have explosive results for the criminals-and for some members of New York City's political elite as well.

Live to Air: An Ethan Benson Thriller by Jeffrey L. Diamond
My rating: 4 of 5 stars

Live to Air by Jeffrey L. Diamond is a 2015 River Grove Books Publication. I was provided a copy of this book in exchange for an honest review.

Live to Air is a riveting fast paced crime thriller, and is as enlightening as it frightening.

Ethan is an investigative news reporter for “The Weekly Reporter” who finds his back against a wall as the world of journalism is swiftly changing, his drinking and smoking is out of hand, his boss has given him an ultimatum and his family is losing patience with him. To put the cherry on the cake, Ethan is assigned a crime story, which he instantly balks at and hates, but has no choice but to cover it.

The crime? The nineteen year old daughter of the deputy mayor is killed while out clubbing in the meatpacking District. 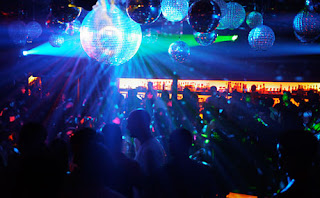 She was simply in the wrong place at the wrong time, as a group of powerful mobsters duke it out over a drug deal gone awry. One of the men confesses to the killing, and is awaiting his fate in prison, but, something about the case is off. Once Ethan begins to ask questions, it becomes apparent he is making someone mighty nervous. The syndicate? Sure. But, they aren’t the only ones sweating bullets, as big money passes hands to keep the truth buried. 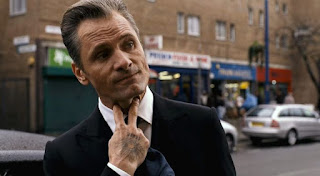 With the help of his trusty staff, Ethan races to save his job, his family, and his life….


For a debut novel, I have to say this book is pretty impressive. The plotting, the pacing, the characterizations, are all very well done, and could give veteran crime writers a run for their money. However, the writing was a little rough, especially in the beginning, as I noticed a lot of repetition. However, as the plot thickened the writing seemed to tighten up as well, and flowed evenly for the most part.


With over forty years in the television production business, the author’s experience adds an incredible element of authenticity to the story, which helps to create the flawed but determined hero, Ethan Benson. The underlying discontent Ethan has towards the rapid change from reporting with hard journalism to airing sensational crime stories has him going through the motions with his job, until his boss gives him a wake-up call, and he has to rise to the occasion or lose his job.

Ethan is basically a good guy, but with his drinking and dishonesty with his wife, I did worry that he would make even more mistakes, like with his young assistant. However, Ethan is changing for the better, is taking stock, and I am very proud of his success.

The crime story is very compelling, with lots of grit, some pretty graphic violence, some of it aimed at women, several disturbing plot twists, and doesn’t seem to paint anyone in a positive light. The cops, lawyers, and television networks, all use criminal or unethical means for their own personal or professional agendas, and sadly, that’s probably a lot more accurate than one might want to think.

The city of New York is prominently featured in the book as the author takes the reader on a fascinating tour of the city as he chases down information and leads, and runs for his life. 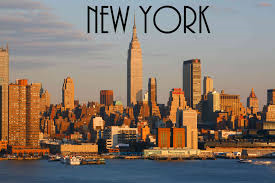 Overall, this a solid crime drama, with great characters, and I am thrilled to know that Ethan Benson will be back for another adventure in the near future! 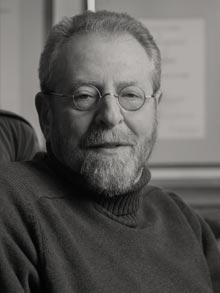 Jeffrey L. Diamond is an award-winning journalist with four decades in television news. He began his career at the American Broadcasting Company where he wrote and produced stories for the weekly newsmagazine, 20/20, surpervising hundreds of projects ranging in length from five minutes to a full hour of programming. His body of work includes breaking news and investigative reports, major interviews and profiles, stories about the human condition, and dozens of crime stories. He’s collaborated with many of the biggest stars in the business, including anchors Barbara Walters, Charles Gibson, Hugh Downs, Jane Pauley, and Stone Phillips, and reporters Deborah Roberts, Tom Jarriel, Bob Brown, and Lynn Sherr, to name a few.
Over the years, Jeff has also served as a senior and executive producer managing broadcast, cable, and syndicated programming. He created Dateline NBC in the early 1990's, and ran Martha Stewart Living Television in the mid 1990's, and Judith Regan Television in the late 1990's. His responsibilities during this phase of his career included managing multi-million dollar budgets, supervising the work of hundreds of producers, writers, editors, and cameramen, and conceptualizing the creative content of these programs. After returning to his roots, Jeff devoted all of his creative energies to producing stories for 20/20. His responsibilities spanned every aspect of production---from research, budgeting, interviewing, and directing to writing, editing, and post-production. He’s been nominated for dozens of awards and has won six national Emmy Awards, two Dupont-Columbia Awards, one Peabody Award, one National Press Club Consumer Journalism Award, two CINE Golden Eagle Awards, and countless others.
Jeff lives in the Berkshire Mountains of Massachusetts where he’s embarked on his second career as a mystery writer. Live to Air is the first in a series of Ethan Benson thrillers. His second novel, Live to Tape, is already finished, and his third, Live to the Network, is in research. He’s an active member of the Board of Trustees at the Austin Riggs Center and at the Berkshire Film and Media Collaborative. A graduate of Lehigh University, he's married, has two sons, a daughter-in-law, two grandchildren, and a golden retriever named Bailey.