The Irresistible Rogue by Valerie Bowman- A Book Review 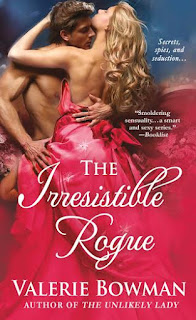 Daphne Swift has not laid eyes on her devilishly charming husband, Captain Rafferty Cavendish, in quite some time. As a matter of fact, she wants the rogue to annul their brief marriage so that she can marry the reliable and estimable Lord Fitzwell. But the breathtakingly handsome Rafe is not interested in letting Daphne go-at least not without paying his scandalous price...
Rafe prefers to face the dangers of spying alone, but this time he needs his innocent, fiery wife to uncover the information he seeks. He has even agreed to release her from their marriage if she submits completely to his plan. However, Daphne's alluring combination of courage and curves makes her a dangerous distraction, and it is not long before Rafe is trading subterfuge for seduction in order to prove that Daphne is meant to be his and his alone...

The Irresistible Rogue by Valerie Bowman


The Irresistible Rogue by Valerie Bowman is a 2015 St. Martin's Press publication. I was provided a copy of this book by the publisher and Netgalley in exchange for an honest review.

The Irresistible Rogue is a charming and delightful historical romance with a touch of danger and adventure, chock full of witty and zany dialogue, with a tip of the hat to one my favorite classic movies- “The Philadelphia Story.”

Lady Daphne Swift managed to convince her brother to let her help out with the war effort by working undercover as a spy, which meant she must legally marry Captain Rafe Cavendish. Although she has romantic feelings for him, Rafe thinks of her like a sister.. Or so he claims.

But, now the mission is over, and sadly Daphne lost her brother in the process. With Rafe showing no inclination toward making their marriage a real one, Daphne has decided to move on with her life and is expecting a marriage proposal, any day now, from Lord Fitzwell. Naturally, she will need an annulment before she can legally remarry. But, before Rafe will agree to end the marriage, Daphne must help him with one more mission. Will Daphne really marry the boring Fitzwell, or can she convince to Rafe they are meant to be together?

Rafe's opinions towards blue bloods and aristocracy are less than charitable, and helped to himself he and Daphne were not meant to be. Will he have a change of heart?

Daphne proves her mettle out 'in the field', becoming a true hero. She's smart, adventurous and sassy, making her a heroine all will respect and love. But, it was Daphne's young cousin Delilah that practically stole the show.

The author blends romance and adventure together with panache which kept me entertained from beginning to end.

Overall, this was a very fun, well written, and delicious romance! 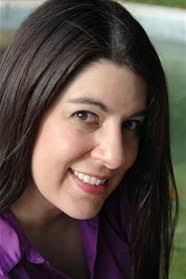 Valerie grew up in Illinois with six sisters (she’s number seven) and a huge supply of historical romance novels. After a cold and snowy stint earning a degree in English Language and Literature with a minor in history at Smith College, she moved to Florida the first chance she got. Valerie now lives in Jacksonville with her family including her rascally rescue dog, Roo. When she’s not writing, she keeps busy reading, traveling, or vacillating between watching crazy reality TV and PBS.

Visit Valerie on the web at www.ValerieBowmanBooks.com.