Daniel Garrett is no stranger to heartache or tragedy. Once a successful detective, his world fell apart with his son's murder and his wife's suicide. Leaving the police force, Daniel devotes his life to finding missing children, but when a case goes sour on the anniversary of his personal tragedy, he returns to Eternity Springs hoping for some of the town's fabled healing.

Shannon O'Toole isn't looking for romance. After her fiancé's death, she closed off her heart. But she can't deny the spark between her and a sexy stranger at a friend's wedding. Shannon has her own secrets and has no place in her life for a private detective, even one who moves her as much as Daniel. But when the pair are thrown together on a case, the magic of Eternity Springs just might give them a second chance. 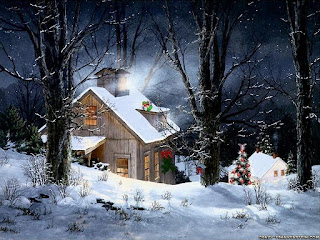 Heartsong Cottage by Emily March
My rating: 4 of 5 stars

Heartsong Cottage (Eternity Springs # 10) by Emily March is a 2015 St. Martin's Press publication. I was provided a copy of this book by the publisher and Netgalley in exchange for an honest review.

This tenth installment in the popular Eternity Springs series begins with Daniel's harrowing story of how he lost his son ten years prior. Fast forward to present day, and Daniel is coming to Eternal Springs to attend the wedding of a very special friend where he meets a mysterious new lady in town named Shannon. These two lost and lonely souls reach out to one another in a haze of wedding blues and champagne. But in the light of day, Shannon soon discovers there are now some huge ramifications stemming from their impulsiveness and that she's made a terrible mistake because Daniel apparently isn't the hero everyone thinks he is.

This story is classic Emily March in many ways, with the trademark emotional story line. But of course holiday stories usually require an added dose of sugar and inspiration, topping it all off with a cozy and heartwarming ending. However, this story has a little bit of an edge to it because Shannon is running away from a dark past and of course Daniel's background is just heartbreaking. 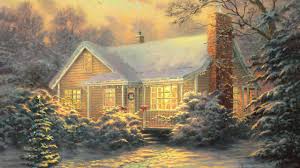 I enjoy reading love stories with more mature couples because the hormonal angst isn't at a fever pitch, and I can relate to the characters a lot more. In this story, the romance is a sweet one on many levels because Daniel really deserves to find love again, and of course, Shannon's life has been fraught with anxiety and danger and its time for her to find peace. Both of these characters exuded a deep loneliness that made me root for them even more. Their romance was not filled with grand gestures or explicit bedroom scenes, even though they got off to a rip roaring start in that area, at first, but, as the story unfolds they take a slower, more cautious approach, building a strong emotional bond, along the way. There are misunderstandings, conflict, suspense, and danger, but as the Christmas holidays draw nearer, Eternity Springs will once again work its magic.


This was not exactly what I was expecting from this holiday themed novel, but it was a welcome change from the many other syrupy tales that usually come out around the holidays. I enjoyed the romantic suspense element very much, and for those who are looking for those heart-tugging and touching moments, there are plenty of those to go around too.

This is a series that is dependable, and this author always weaves an interesting tale, so you can't go wrong with this one. 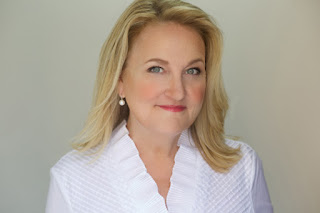 Emily March is the New York Times, Publishers Weekly, and USA Today bestselling author of over thirty novels, including the critically acclaimed Eternity Springs series. Publishers Weekly calls March a "master of delightful banter," and her heartwarming, emotionally charged stories have been named to Best of the Year lists by Publishers Weekly, Library Journal, and Romance Writers of America.
Posted by gpangel at 1:00 AM