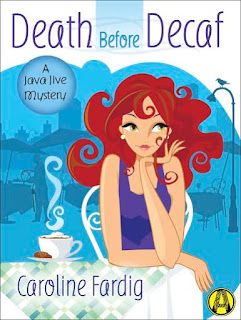 DEATH BEFORE DECAF—Info for Release Blitz


Perfect for fans of Janet Evanovich and Diane Mott Davidson, Caroline Fardig’s captivating new mystery novel takes readers behind the counter of a seemingly run-of-the-mill coffeehouse . . . where murder is brewing.

After her music career crashes and burns spectacularly, Juliet Langley is forced to turn to the only other business she knows: food service. Unfortunately, bad luck strikes yet again when her two-timing fiancé robs her blind and runs off with her best waitress. Flushing what’s left of her beloved café down the toilet with her failed engagement, Juliet packs up and moves back to her college stomping grounds in Nashville to manage an old friend’s coffeehouse. At first glance, it seems as though nothing’s changed at Java Jive. What could possibly go wrong? Only that the place is hemorrhaging money, the staff is in open revolt, and Juliet finds one unlucky employee dead in the dumpster out back before her first day is even over.

The corpse just so happens to belong to the cook who’d locked horns with Juliet over the finer points of the health code. Unimpressed with her management style, the other disgruntled employees are only too eager to spill the beans about her fiery temper to the detective on the case. Add to the mix a hunky stranger who’s asking way too many questions, and suddenly Juliet finds herself in some very hot water. If she can’t simmer down and sleuth her way to the real killer, she’s going to get burned.

Death Before Decaf by Caroline Fardig
My rating: 4 of 5 stars


Death Before Decaf by Caroline Fardig is a 2015 Alibi publication. I was provided a copy of this book by the publisher and Netgalley in exchange for an honest review.

This new cozy mystery series by Caroline Fardig charges from the gate with a whole new cast of terrific characters, a multi-layered mystery, a little bit of romantic angst, and laugh out loud humor.

I'm a big fan of Caroline's work, whose style is a blend of mystery and romance, infused with perfectly timed humor that makes the comparisons to Janet Evanovich understandable.

This first book in an all new series is centered around Juliet, a singer with stage fright, but who happens to be very good at restaurant management. Down on her luck, her old friend, Pete, puts places her at the helm of “Java Jive”, a small coffee shop and cafe in Nashville.

Right away, Juliet rubs her new employees the wrong way, which is especially bad, since one of them is found murdered and Juliet is suspect number one. Fearing she may go to jail if she doesn't find the real murderer, she begins her own investigation into the crime, putting herself in the middle of a wide reaching scam and in serious danger.

I believe I mentioned in my review of the last book I read by this author, that I really thought she was hitting her stride, and this new release only solidified that feeling for me.

There is a lot going on with Juliet as she finds herself in the middle of, not only a murder investigation, but a little bit of a love triangle between her old friend Pete, and the new guy she's dating, who may or may not be a good guy. The employees at the Java Jive are a real handful, and I thought the descriptions of working for the public and in food service were spot on.

Occasionally, the balance gets lopsided with so much going on, but it rights itself quickly and manages to stay on pace.

The dialogue is snappy, and hilarious at times, and I think Juliet will be a character everyone will like. She's smarter than she gives herself credit for, is strong, hot-tempered, and doesn't take any crap from people. But, she also cares for those closest to her and is dedicated her work, and puts herself out there in a way I couldn't help but admire.

The mystery is one that fits into our modern day society and sadly is something of a cautionary tale as well. The college town atmosphere makes the plot line entirely too plausible despite the lighter tone of the book.

So, overall I'm super excited about this new series and I think this author is really coming into her own, and will only get better with time. 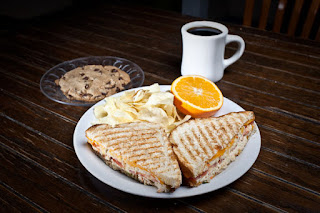 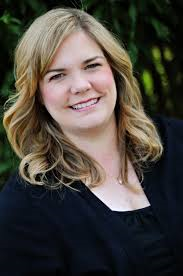 CAROLINE FARDIG was born and raised in a small town in Indiana. Her working career has been rather eclectic thus far, with occupations including schoolteacher, church organist, insurance agent, funeral parlor associate, and stay-at-home mom. Finally realizing that she wants to be a writer when she grows up, Caroline has completed her first novel, IT'S JUST A LITTLE CRUSH, and is currently hard at work churning out a second novel in the series. She still lives in that same small town with an understanding husband, two sweet kids, two energetic dogs, and one malevolent cat. 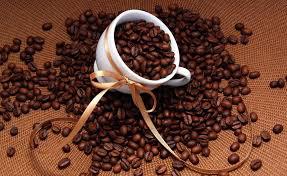 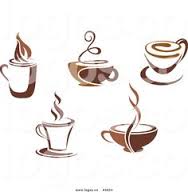