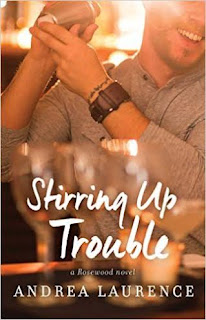 SUMMARY:
When a prim and proper baker and a laid-back bartender have a neighborly disagreement that gets them both in trouble with the law, a sweet reconciliation is stirred up in the playful third romance in Andrea Laurence’s sexy Rosewood series.

Maddie’s life is perfectly sweet. Her bakery’s tasty treats are rising to the top of every must-have list in town, and her commute is just a block away by foot. She loves everything about her little downtown Victorian bungalow—except for her unbearably noisy neighbor, Woody’s. The bar’s obnoxious and sexy owner, Emmett, seems to live to aggravate Maddie. But he mostly thinks she could use a stiff drink to dislodge the stick up her ass. He’s just trying to run his business. Bars stay open late, they play music, they serve alcohol. If she doesn’t like it, why did she buy a house across the street?

When Maddie and Emmett’s battle lands them in front of the local judge, they’re ordered to do several weeks of community service cleaning parks and painting over graffiti. As they scrub away the latest works of art by the town’s anonymous “Penis Picasso,” the baker and the bartender slowly begin to see there’s more to each other than meets the eye. So what happens if they wave the white flag and surrender into each other’s arms?
Buy Links
Amazon: http://amzn.to/1htnQ3G
Barnes and Noble: http://bit.ly/1P1TrYV
iTunes: http://apple.co/1jS0OW6
EXCERPT:

Maddie:  It just so happens that it's also Emmett's favorite treat, but I'd say he's one of my homemade MoonPies.  Now, for those of you who've had a MoonPie, they don't look like much of a gourmet treat on the outside and frankly the ones you get at the gas station really aren't.  They've got a reputation as being a little country- but like Emmett- looks can be deceiving and the MoonPies I make in the shop have so many layers of surprising, refined flavors.  They're made with homemade marshmallow cream, sandwiched between freshly baked gingersnap cookies. Then I dip them in a dark chocolate ganache and sprinkle the edges with some crushed, candied pecans.  They're a little spicy and very sweet, just like Emmett.  I just can't get enough of him.

Emmett: Hey, folks.  So, if I had to sum up Fancy in a drink...she would be imported French Champagne. The good stuff, not some knockoff sparkling wine.  She would be a little sweet, a little dry.  If you're not used to her, she can give you a headache. Some people thinks she's too fancy for everyday consumption, but once you've tasted her, nothing else quite measures up.  That's my Maddie in a glass. 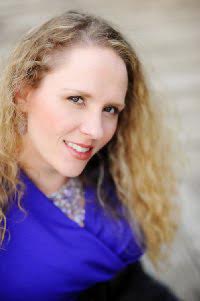