Tamed by the Outlaw by Michelle Sharp- Guest Blog + Review 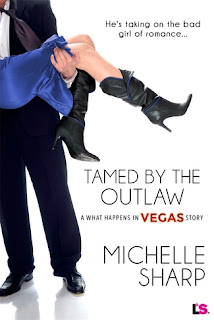 He's taking on the bad girl of romance...

Author Jessie Jameson is the Bad Girl of romance, making a huge name for herself writing love stories with sizzling hot sex scenes. No one needs to know that her real-life inspiration is sexy publishing exec Grayson Reynolds. Or that after the hottest sex of her life, Grayson walked out on her.

Grayson's finally taken the reins of his family's publishing business, and he's determined to sell off the romance division. But Jessie Jameson's contract is complicating things. It's like she's been trying to ruin him ever since the mind-blowing night they shared-the night she walked out on him.

Now the sparks are flying. Heated, sexy sparks. It's a Wild West showdown between Jessie and Grayson. But when Romance ends up in bed with Business, only one can walk away... 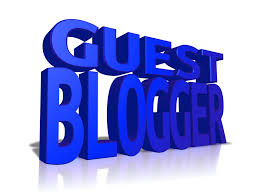 What is your favorite thing about reading and writing romance? By Michelle Sharp

Hmm. I think my love of romance has been evolving since I was young. Even as a teenager, very few things in life would make me happier than being swept up into a great love story. So obviously before I started writing books, I was an avid romance reader. I suppose most writers probably start out as voracious readers. I’ve always been especially drawn to romantic suspense. When you add the element of danger, things heat up that much more.

So often I would read a novel and think, “Wow, wouldn’t it have been awesome if this had happened.” Or maybe, “I want to know how the hero would react if that had happened.” So I’d kind of rework favorite scenes in my head.

Soon the obsession evolved more. I had a ton of ideas for books of my own. I’d be driving down the road or in the shower and think, wouldn’t it cool if there was a book featuring this kind of character. And she’d meet this guy, and he’d be that kind of character. Eventually my vivid imagination and my journalism degree just sort of naturally evolved into a passion for writing.

Unfortunately, unless you’re very gifted or very lucky, most people don’t sit down at a key board and hack out a worthy novel the first time around. I don’t want to make it sound easy-breezy, like I had all these ideas, and voila, a novel appeared. It so did NOT happen that way. It took several years of writing classes, workshops, and contests before I had something I’d dare to release to the public. Even now, with two books published and two more releasing in the next couple months, I’m still taking classes, diving into workshops, and trying to hone the obsession into something that will bring an audience pleasure.


So to answer the original question, I didn’t think anything could get better than reading a great romance, but I was wrong. Writing romance is pretty freaking fun, too. Maybe because of the power an author has. What other line of work do you get to invent a world and control what everyone does, where they live, all their thoughts? I don’t know if I have a very favorite thing about writing romance. But I can say a new fantasy comes to life with every “the end” I write—and that just never gets old. 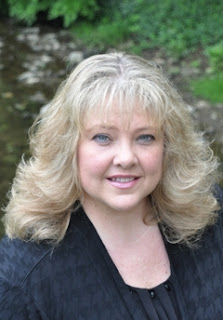 Award-winning author, Michelle Sharp, has been nominated for a 2014 National Readers Choice Award for Best Romantic Suspense and Best First Book. In addition, her debut novel Dream Huntress has been selected as a finalist in the 2015 Daphne Du Maurier award for Excellence in Mystery and Suspense. Although she has a degree in Journalism from Southern Illinois University, she finds weaving tales of danger, deception, and love much preferable to reporting the cold, hard facts.


As most authors probably are, she is an avid reader. Growing up in St. Louis has made her a die-hard Cardinals fan, and having a child with Down Syndrome has made her passionate about any issue regarding special needs kiddos. She’s also a fairly big sucker when it comes to anything with fur or feathers. Michelle is a proud member of Romance Writers of America and Missouri Romance Writers. You can learn more about her at michelleshapbooks.com.

Tamed By The Outlaw by Michelle Sharp
My rating: 5 of 5 stars

Tamed by the Outlaw by Michelle Sharp is a 2015 Entangled Publication. I was provided a copy of this book by the publisher and Netgalley in exchange for an honest review.

This may be a short story, but it made my day! This is a steamy contemporary romance, with just the right balance of sweetness and spice, which is all good! However, this one really appealed to me because it pays homage to the romance genre, pointing out the constant battle those in the romance community fight on a daily basis, contending with all those naysayers out there. It also spotlights the incredible fun readers have at conventions, how loyal fans are, and the power love can have, even over the most jaded among us.

The story centers around Jessie Jameson, a 'rock star' of romance authors, who had a one night stand with the CEO of her publishing firm, Grayson Reynolds, a year ago at the same romance convention she is attending this year in Las Vegas. 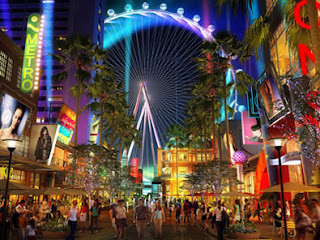 He lied to her about his true identity, then tip toed out of her room before she woke up , never to be seen or heard from again.

Much to her chagrin, Grayson “Ivy League” Reynolds is in attendance this year too. If that weren't bad enough, he's made it a point to join in on her promotional rounds.

“From now on, she was incommunicado with Ivy League. At least verbally. She did, however, have one more thing to say. But, she used her middle finger to do it.”

In a year's time Grayson has taken over the day to day operations of the publishing firm, from his grandfather who is in ill health. Grayson has big plans and wants to move the firm in a new direction, which means he is considering axing the romance line, which would mean cutting loose his star author- Jessie Jameson. He is certainly not looking forward to the face to face conversation he will have to have with Jessie about his plans or her reaction to being sold to a new publisher. But, he never dreamed the sparks that would ignite once he set eyes on her again.

This story really was a fun read, with dialogue that certainly does mimic the arguments people have about romance novels.

“It pisses me off when people dismiss the romance genre as frivolous when love and relationships are the most basic, important thing in every person's life.”

Grayson is sexy, driven, smart, and really does try to be honest and up front, however, when it comes to business, he's pretty brutal, but it's his opinion and skepticism of love and happy ever afters, that not only made me want to slug him, it made me want to prove him wrong, because as it stands, it looks like he's headed towards a sad, empty, lonely life... how sad is that?

I loved Jessie and I think most of you will too. She's sassy and strong, funny, and smart, can take as good as she gets, and I think she would she would be a lot of fun to hang out with. I can see us knocking back a few in Vegas while checking out all the romance cover models at the convention. 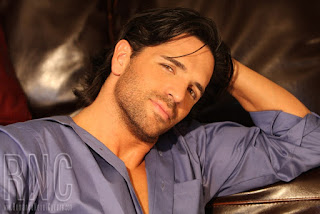 So, the burning question... Can Jessie prove to Grayson what romance, love, and relationships are all about? Can she get him to open mind and his heart? Take a chance? Live a little? Well, if love has has any say in the matter, Grayson doesn't stand a fighting chance.

Oh.. I almost forgot- one word of caution - Do NOT get on the wrong side of a writer … you may find yourself a character in their next book....

This story could give all those non-believers out there something to think about.