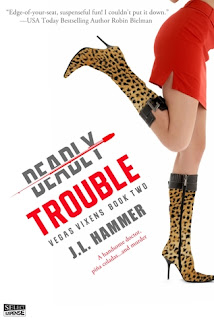 A handsome doctor, piña coladas...and murder
Las Vegas embalmer Lily Sanborn's vacation at the remote retreat in Belize should have been heaven...if her idea of heaven was a gazillion degrees, humidity, and enough mosquitos to require daily transfusions. Just as she decides to make the best of her tropical destination, she stumbles upon a murder, witnesses a kidnapping and meets the most attractive man she's ever seen.
Dr. Cooper Deforest is seriously attracted to this stunning woman with a razor-sharp tongue. In fact, he is having the damnedest time trying to keep his hands off Lily. But when murder, kidnapping, a drug cartel and police corruption intrude on his peaceful jungle world, Cooper wonders just what sort of person Lily is.
Even though their chemistry sizzles, Lily's trust issues get in the way. As much as Cooper wants this woman, he can't get over the fact that wherever Lily goes, death seems to follow

Deadly Trouble
She started to relax just as a pair of parrots began to squabble. Green and red feathers flew, and their high-pitched screeches caught everyone’s and everything’s attention. Why couldn’t Frankie have booked a lodge on a quiet, white, sandy beach? With a huff, Lily snatched a palm-sized piece of pineapple from her plate and pitched it at the obnoxious birds. All the birds scattered.

“You know,” a deep voice—unmistakably American—said from behind her. “The clay-colored robins will stay and sing you a pretty song if you feed them the fruit rather than pelting them on the head.” A devilishly handsome man, skin darkened from the sun and clad in a white-linen shirt and khaki shorts, approached.

“I was aiming for the parrots. Anyway, who said I wanted them to sing?” She kept her expression blank as she peered up into his hooded, blue eyes. Instantly attraction sizzled through her. Without a doubt, her body betrayed her effort to be indifferent as her breathing grew rapid and her traitorous tongue moistened her lips.

“I take it you’re not a birder.” Amusement laced his words.

She struggled to focus on the conversation, growing more annoyed with herself by each passing second. “No. The only bird I like is one roasted on my dinner plate.”

He unleashed a million-dollar smile.

Inwardly, Lily groaned—he even had perfectly straight, white teeth and dimples. This guy oozed sexy and had “flirt” stamped on his tan, wide forehead. Then and there she decided he was probably a little more than she wanted to deal with. It would be like going fishing and catching a marlin. You’re going to want to keep it, polish it with oil, stare at it constantly, unable to believe your good luck, and place it on the trailer wall to show off to all your friends, but in retrospect, you’re going to realize you really just needed a Red Snapper: something less time consuming and pretty good in the fish tacos department.


Deadly Trouble by J.L. Hammer is a 2015 Entangled publication. I was provided a copy of this book by the publisher and Netgalley in exchange for an honest review.

I picked this book out on a whim, thinking it was like a romantic comedy, with some light romantic suspense elements. But, I must say that while the story is not overly dark or heavy in any way, I was genuinely surprised when not only did it bark, but it had a larger bite than I has anticipated. But, I was also very pleased by it's depth and warmth.

This story is action packed with bullets flying in all directions, and don't think for one minute this is not serious business. There is real danger, casualties, and heart pumping suspense.

I loved Lily, Cooper and of course, little Jaime, all of whom were brave in their own way. Lily isn't a pessimist, but like all of us, she is a product of her past, and her past was certainly bumpy, and very emotional.

Cooper, is an atypical hero for a romantic suspense novel, in that he is not some wise cracking detective, or a tattooed alpha military guy. Cooper is a doctor, but not the medical kind. He's professor, and is right on the brink of a huge medical breakthrough. Yet, he exhibits great inner and physical strength and uses his brain to get them out of tight situations, plus he can be funny too. I mean, how hot is that?

Although, Lily's determination to save Jaime has some far reaching repercussions, especially for Cooper, and her constantly waiting for the other shoe to drop, causes major problems for the couple, but still, Lily is always putting Cooper first in her thoughts, even when her own situation is equally dire.

While trust is a significant thread running throughout the story, forgiveness also plays a role as Lily will have to confront her past, in order to set things right for herself and Cooper. This was one of my favorite parts of the story because Lily brings the two main men in her life together in order to right a wrong, but she ends up being the winner all the way around.

This is one of the more original romantic suspense novels I've read in a while with unconventional lead characters, in an interesting location, in a situation that calls attention to some real life issues in Belize, but that's not all! There's a really sweet romance, and a heartwarming feel good story on top of that.

I really did enjoy this book and I recommend it to those who enjoy contemporary romance and romantic suspense.

Get Your Copy here:

A BIG THANKS TO J.L. HAMMER FOR STOPPING BY THE BOOK REVEW TODAY TO ANSWER A FEW QUESTIONS FOR US! 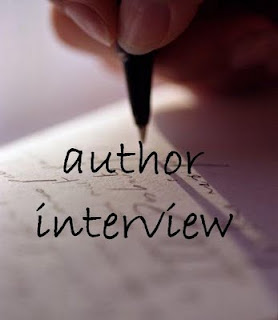 Deadly Trouble is set in Belize- Is Belize a place you've been or a place you wish to visit someday? 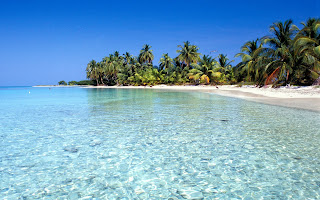 I’ve never been to Belize before, but I did thoroughly research the country in order to write Deadly Trouble. From reviews on Trip Advisor from guests at the small resort I based Lily’s stay at, to the videos of the vast caves, hikes through the jungles, and local villages, sometimes I feel like I was actually there.
I love to travel. I’m sure Belize will be one of my destinations, and I can walk in the footsteps of Lily and Cooper.
Who plays Lily and Cooper on the big screen?

What a fun question. I actually had a photo of Matthew McConaughey on my writing board for Dr. Cooper Deforest and a photo of Lucy Liu for Lily Sanborn. And, boy, did they make sparks. 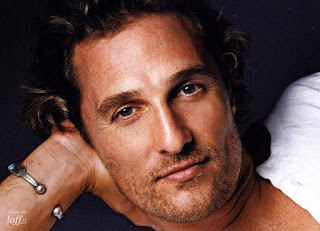 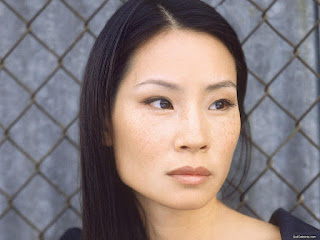 When did you know you wanted to become a writer?


Writing is my second career, I am also an educator. I always had stories playing through my mind, but it wasn’t until after I was thirty that I considered writing a book. One night I just sat down and started typing. Four published novels later, I’m still going.

Actually this may sound strange coming from an author, but as a child I didn’t like to read. I fell in love with books when I was an adult courtesy of Morning Glory by LaVyrle Spencer. 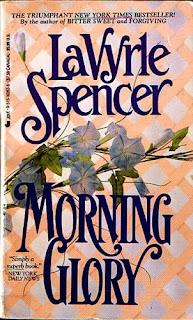 I’m finishing up Vegas Vixens series book #3. The heroine is Rae, Lily’s neighbor and friend. Rae finds herself in a world of trouble and is forced in close proximity with a sexy U.S. Marshal.
Do you have a favorite quote you would like to share?

“If I had followed my better judgment always, my life would have been a very dull one.”
― Edgar Rice Burroughs 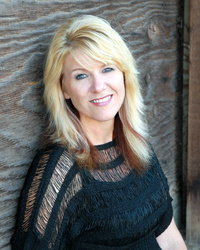