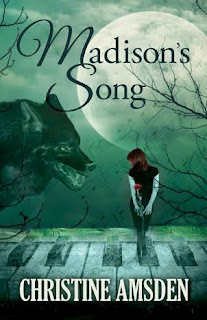 Her voice is enchanting; his soul is black...


Madison Carter has been terrified of Scott Lee since the night he saved her from an evil sorcerer – then melted into a man-eating monster before her eyes. The werewolf is a slave to the moon, but Madison's nightmares are not.


Despite her fears, when Madison's brother, Clinton, is bitten by a werewolf, she knows there is only one man who can help. A man who frightens her all the more because even in her nightmares, he also thrills her.


Together for the first time since that terrible night, Scott and Madison drive to Clinton's home only to discover that he's vanished. Frantic now, Madison must overcome her fears and uncover hidden strengths if she hopes to save him. And she's not the only one fighting inner demons. Scott's are literal, and they have him convinced that he will never deserve the woman he loves.


Her head rested perfectly atop his shoulder. She wasn't a short woman and he wasn't a tall man. He only had three inches on her, but it put her at the perfect height for his embrace. She fit him. Her beautiful body, soft and full, fit him perfectly too. This wasn't a woman who would break at his touch.

He wanted to kiss her. He wanted more than that, but just now he wanted to feel her lips against his. He had refrained the night before, glorying in her touch alone, forcing himself to let that be all he needed. But today he wasn't sure it would be enough. Today he felt desperate and unsure.

He placed a finger under her chin and lifted it slightly. Her eyes met his in question, but he didn't answer in words. He answered by settling his lips over hers in a soft, gentle brushing of skin against skin. Then he backed away slightly.

Her eyes were closed and her lips slightly parted. She looked a bit dazed and very unsure, but she wasn't pushing him away. He could smell her growing interest and it made his heart swell with newfound hope and need.

He brushed his lips against hers again before deepening the caress. She returned the kiss, a little inexpertly but with all the passion he'd known she possessed. She opened her mouth to him, welcoming his explorations. Welcoming him.


5. A Werewolf in Manhattan by Vicki Lewis Thompson – I think Vicki Lewis Thompson is a riot. Her romance novels almost always make me laugh, particularly her “nerd” romance series (plus I'm married to a nerd, so yes, I find them sexy). Her recent werewolf series, beginning with “A Werewolf in Manhattan” was no different. She's got a great narrative voice and her characters have a lot of sass. Having said all that, I have to admit that as far as influencing the werewolves in Madison's Song, Vicki Lewis Thompson's wolves were a lesson in “what not to do.” I couldn't help but think of her werewolves as playful puppies and I've always been drawn to the darker side of werewolves.


4. Shifter by Kantra, Virginia; Leigh, Lora; Knight, Angela; Day, Alyssa – This is a collection of four novellas that you might not have run across, but that I've enjoyed several times. I particularly enjoyed the first story, in which nanotechnology rather than magic creates the werewolf. Again, we have a werewolf who is in control of his transformation, although in this case he is far more dangerous.


3. The Darkest Power Series by Kelley Armstrong – There's a lot of evil in this young adult series starring supernatural teens sent to a “home” for troubled youths. Among them is a werewolf who will undergo his first transformation in this series. This is a fun, magical series, with only a hint of romance (but really all it needs).


2. Harry Potter and the Prisoner of Azkaban – Ah, Professor Lupin, your parents must have hated you to give you such an ominously fateful name! But really, who doesn't love Harry Potter? I can't deny that the series has influenced me since I read them (again and again and again). Here, we have your basic people who turn into monsters once a month, and a society of magic users who hate and distrust them.


1. Fool Moon by Jim Butcher – Jim Butcher has been a big influence on my writing generally. In Fool Moon, he introduces his version of werewolves (lycanthropes). Well, versions, plural – in his world, there are several different kinds, some of whom will become important characters throughout his Dresden Files series. But there are some true turn-at-the-full-moon monsters as well, and those were the ones that resonated with me.

Madison's Song by Christine Amsden
My rating: 5 of 5 stars

Madison's Song by Christine Amsden is a 2015 Twilight Books publication. I was provided a copy of this book in exchange for an honest review.


In this all new book by the author of the Cassie Scot YA Paranormal detective series, we explore the aftermath of Madison's discovery of her true parentage, her break up with Nicolas, various betrayals, and her adjustment to being half sister to Evan.

If that weren't bad enough, she is having nightmares regarding a close encounter with a werewolf named Scott. Things go from bad to worse when her brother Clinton is bitten by a werewolf, and Madison must do whatever is necessary to save him, even it means another face to face encounter with Scott.

I loved the paranormal spin on the shapeshifter/werewolf trope because of the science fiction tint the author added into it. It makes perfect sense that if a pack of werewolves were outed someone would get the bright idea of trying to create that phenomenon in lab. What could possibly go wrong? Sadly, Clinton, an innocent in all of this, will find out all the ways such an experiment could go awry.

The only good thing to come out of such a situation was Madison's forced contact with Scott and Evan which will lead her to address some repressed emotions, admit to some feelings and fears she has been holding onto, and opening the door for a possible romance.

Madison is a strong young lady, but suffers from insecurities and self doubt, which makes her easy to relate to. She is loyal and honorable and even brings out the best in Evan, who is still a conflicted man. Scott is also a person who will show deep character development and will face his guilt while maintaining his role as pack leader, often having to make very difficult choices.

The story has lots of action-adventure, some tense suspenseful moments, and a sweet romance, equally balanced, is fast paced and easy to read.

For those of you who are familiar with the Cassie Scot series, you will find a few familiar faces here which was fun, and of course you know Madison is Cassie's good friend. If you haven't read the first series, no worries, this book is a stand alone, but it is connected to previous series and could be defined as a companion to the it, and does explore the aftermath of events previously explored. So, I do strongly recommend reading the Cassie Scot series in order to understand how Madison got to this point, but it's not absolutely necessary in order to enjoy this book.

This book is a little edgier than what I am used from this author, and I really liked the darker tone this one had, and while still YA /NA, it has an adult feel to it making this one enjoyable for anyone of any age group.

I loved how everything was wrapped up! This book could either stand on it's own or be the start of a new series. Christine's writing style and the atmosphere she creates in her books is unique and draws the reader into the story and hold them there. If you enjoy paranormal romance and shifters you will certainly want to invest in this series. 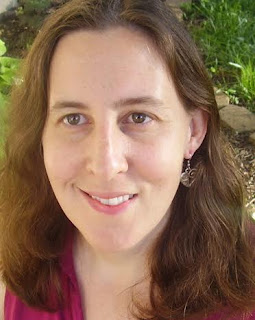 Christine Amsden has been writing fantasy and science fiction for as long as she can remember. She loves to write and it is her dream that others will be inspired by this love and by her stories. Speculative fiction is fun, magical, and imaginative but great speculative fiction is about real people defining themselves through extraordinary situations. Christine writes primarily about people and relationships, and it is in this way that she strives to make science fiction and fantasy meaningful for everyone.
At the age of 16, Christine was diagnosed with Stargardt’s Disease, a condition that effects the retina and causes a loss of central vision. She is now legally blind, but has not let this slow her down or get in the way of her dreams. In addition to writing, Christine teaches workshops on writing at Savvy Authors. She also does some freelance editing work. Christine currently lives in the Kansas City area with her husband, Austin, who has been her biggest fan and the key to her success. They have two beautiful children.
Social Media Links: