The Lake Seson by Hannah McKinnon- A Book Review 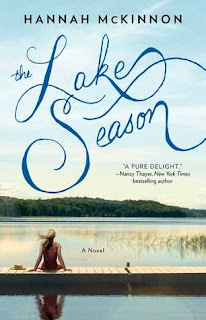 Iris Standish has always been the responsible sister: the one who studied hard, settled down, and always made the right choices—even when they came at the expense of her passions. Meanwhile, her sister Leah dropped out of college to “find herself” by hiking through Yellowstone and switches jobs nearly as often as she switches lovers, leaving Iris to pick up the pieces in her wake.

But now Iris’s life is coming apart at the seams, and when Leah calls her back to their childhood home with a desperate cry for help, she is thrust headfirst into preparations for her sister’s wedding to a man their New Hampshire clan has never met…with her own marriage and family on the brink.

Still, despite the rush of dress fittings, floral arrangements, and rehearsal dinners, Iris is learning to put herself first. And amid a backdrop of late-night swims and a soul-restoring barn renovation comes Cooper Woods, a high school crush who beckons with the promise of a new start.

While Leah faces a past that has finally caught up to her, Iris prepares to say goodbye to a future that is suddenly far from certain. As Hampstead Lake shimmers in the background, Iris must decide when to wade in cautiously and when to dive—and, ultimately, how to ferry herself to safe harbors in this “glittering…memorable” novel of second chances and the ties that bind (Michelle Gable, nationally bestselling author of A Paris Apartment).

The Lake Season by Hannah Roberts McKinnon
My rating: 5 of 5 stars

The Lake Season by Hannah Roberts McKinnon is a 2015 Atria/ Emily Bestler Books Publication. I was provided a copy of this book by the publisher and Netgalley in exchange for an honest review.

This book is women's fiction at it's finest. I have a habit of reading several books at one time, but once I got several chapters deep into this one, I couldn't put it down.

Iris and Leah are sisters, but you would never know it judging by their personalities. Iris is a solid, hard working person who got the good grades in school, was dependable, reliable, and did all the right things, but she was practically ignored by her parents in favor of her sister, Leah, who was beautiful and talented, but was never consistent, went through men at warp speed, partied hard, and never really made much of her life. But, her parents always got her out of trouble, gave her money if she asked, and made excuses for her.

Now, Iris is going through a crisis of her own, right when Leah decides to finally settle down and get married. So, Iris heads home to stay with her parents for the summer and plan a wedding for her flighty sister.

But, Iris could never have predicted the way this summer would end, what deeply rooted pain and resentments would come to light, what secrets would be unveiled, and how she herself will change in just a few short months, leading her on a road of self discovery with a renewed sense of hope and confidence, even if the road is still a rocky one.

We see life mostly through Iris's point of view as she tells us about her sister, her husband, her kids, her job, and her parents. Iris is just a little hard on herself and it's obvious she has spent most of her life trying to please people, starting with her parents, then her husband. But, now Iris needs to do something for herself, even if it's painful and terrifying.

However, as Iris returned home to New Hampshire, I couldn't help but notice how little self confidence Iris has, and how it's so often true that the way we view ourselves is so different from the way others see us. So, Iris is shocked at times, surprised at others times, sometimes pleasantly so, by the confessions made by her friend Trish, her sister, and her mother. Iris sees that maybe she had been taken notice of after all and that maybe she had something going for herself that others were envious of.

Still, even if she did have a life others wished to have, at this moment in time it's all in jeopardy. Iris's future is up in the air as her husband hints that maybe their marriage has run it's course. What will she do now? What will happen to the children, her career?

While she ponders these things, and goes though the painful process of realizing her marriage is a failure and is about to come to an end, out of the shadows walks Cooper Woods and before too long, Iris begins to gain perspective, learns dark family secrets, becomes closer to her unstable sister, and becomes a more well rounded person, and discovers a new found confidence in herself.

Watching Iris go through this transformation is often heartbreaking, and I felt her insecurities, and her indecision is so human and real. Iris finds it very hard to let go of that people pleasing habit she has, often teetering on the edge of settling for something less, in order to do what she thought was best for others. It is situation many people have gone through and her concerns were real and legitimate, and while I hoped she wouldn't waffle and back down, going backwards and not forward, I found I wouldn't be able to judge her too harshly. But, I so wanted Iris to feel complete on her own, without needing approval from her mother, or sister, or anyone for that matter.
Personal growth did come at a cost, and all that Iris goes through in this story was hard on her. The truth about Leah is a gripping story on it's own. Again, I was struck by the preconceived notions we have of people, the judgments we make without knowing all the facts. Leah seemed to have so much promise, but continually threw it all away, and never seemed to have any accountability. Iris will learn the reasons for some of this behavior and will gain a much better understanding of her sister and her mother in the process.

I never knew how to feel about Millie. I saw she was mother doing the best she could, but didn't realize the damage she was inflicting on Iris in the process. Millie is not the warmest person on earth, and some of her advice to Iris got under my skin, but often I felt bad for her. Iris never understood her mother's favoritism, but will learn her mother does love her, just not in the same way as Leah, who has special needs. But, remember too, that even those we think are strong, who don't need us a much, often do need us and one should never presume such a thing. But, this summer will mend fences in some ways and help to heal resentments and past hurts.

Cooper Woods... well, I think I had crush on Cooper. I really, really liked him, and I think he is so good for our Iris. He knows exactly what Iris is going through right now and knows all about the ups and downs she is about to face, the uncertainty, the doubts, the many tears to come, and he has an intimate knowledge of her family's struggles, so there too he is a big help. I think all Iris needs now is time and some patience from Cooper and all will be well between them.

Ultimately, this is a story of love, forgiveness, family, friends, and personal growth. I believe Iris will become a better person, friend, parent, sister, daughter, and maybe even a happy wife someday. But for now, it's Iris's time to shine on her own and shine she will.

Pick up your copy Here: 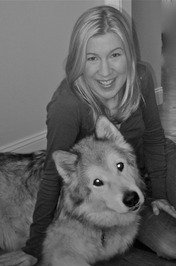 I have a new novel coming out, THE LAKE SEASON, on June 2nd 2015, with Emily Bestler/Atria of Simon and Schuster Books. I just completed my next novel, BACK TO YOU AND ME, which will publish in spring of 2016. Previously, I published two young adult books: Franny Parker and The Properties of Water, FSG/MacMillan in 2009 and 2010 respectively.
Posted by gpangel at 12:30 AM