That Chesapeake Summer by Mariah Stewart- A Book Review 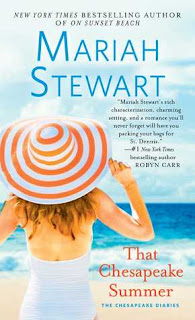 Jamie Valentine is the wildly successful author of self-help books advocating transparency in every relationship. But when her widowed mother passes away unexpectedly, Jamie discovers her own life has been based on a lie. Angry and deeply betrayed, she sets out to find the truth—which may be in a small town on the Chesapeake Bay. Cutting her most recent book tour short, Jamie books a room at the Inn at Sinclair’s Point, just outside St. Dennis.

The death of Daniel Sinclair’s father forced him to take over the family inn, and his wife’s death left him a single parent of two children, so there’s little room for anything else in his life. His lovely new guest is intriguing, though, and he’s curious about the secret she’s clearly hiding. But in the end, Jamie and Dan could discover the greatest truth of all: that the search for one thing just might lead to the find of a lifetime—if you keep your heart open. 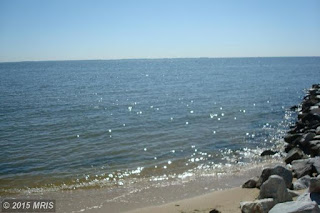 That Chesapeake Summer by Mariah Stewart
My rating: 4 of 5 stars

That Chesapeake Summer by Mariah Stewart is a 2015 Pocket Books Publication. I was provided a copy of this book by the publisher and as an XOXpert- The official street team for XOXO After Dark.- (and a big thanks to Edelweiss for the digital version)- in exchange for an honest review.

This book is just the right kind of book to take along for a day at the beach. This is light reading, but there is such a sweet spirit about the book which gives it substance and depth.

Jamie is the author of a wildly successful string of self help books based on the importance of truth. But, when she discovers her own life has been a lie, she sets off on a journey to discover her true heritage, which leads her down roads she never would have traveled and to a place she can really call home.

Dan is a widowed single parent, running an Inn at St. Claire's Point, a job he inherited after his father passed away. Living at the inn with him is his mother, Grace, who is recovering from an accident that has left her wheelchair bound for the time being.

When Jamie arrives at the inn, there is an immediate spark between Dan and Jamie, and Grace knows beyond a shadow of a doubt that this new guest is going to become someone special to all of them. But, Jamie has serious issues to contend with and Dan is still trying to come to terms with the circumstances of his wife's death eight years ago, and the responsibilities of running the inn and raising two children alone. However, the chemistry between them is quite strong and the two seem magically drawn to one another. Will they be able to resolve their issues before Jamie has to leave Chesapeake?

The underlying theme in this story is truth and lies. Why do people lie? Keep secrets? What does the truth really consist of and why is it so important? Jamie will have to learn a new way of dealing with truth now that she finds her life was built on the lie of omission and everything she thought to be true was indeed false. But, she learns that it's not all black and white and sometimes the truth is complicated and are there are many variants to the truth as well.

Jamie's character is strong and lively, she brings the little Inn to life when she arrives, giving Dan food for thought about his obsession with running his business, the way he approaches parenthood, and finally allows him to face all the guilt and anger he feels about the way his wife died. He will learn to let go of the painful past and fight for what he wants... which is Jamie. Jamie is just what Dan needs to add some spice to his stagnant workaholic life. I enjoyed watching him open up and relax with Jamie and I liked seeing the effect she had on him and his family, and the effect he had on her too.

But, of course the most poignant part of the story is the real reason Jamie is in St. Dennis and the truth she seeks from one special resident there. With the help of Grace, who nearly steals the show with her special gift of having “the eye”, Jamie will have the courage to seek the answers she needs so she can begin an new chapter in her life. You might want to keep some tissues handy once you reach the last couple of chapters.

The long buried secrets that come to light are not at all the bad thing some think it will be, and much good comes from finally releasing those secrets and letting the truth set them free. So, while people do have selfish reasons for keeping secrets or for telling lies, sometimes people have good reasons to keep things to themselves too, but the burden can be just as great.

So, there are some deeper thoughts to ponder upon while reading this book, but for the most part this is just a delightful story of second chances and finding peace and love in the most unexpected ways.
This was an enjoyable read and I do recommend it to those who enjoy light women's fiction especially, but also to anyone looking for a great summertime read. 4 stars 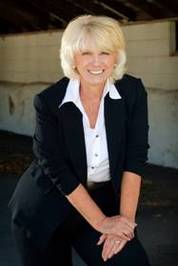 Mariah Stewart is the New York Times and USA Today bestselling author of twenty-six novels and three novellas and has been featured in the Wall Street Journal. She is a RITA finalist in romantic suspense and the recipient of the Award of Excellence for contemporary romance, a RIO Award for excellence in women's fiction, and a Reviewers Choice Award from Romantic Times Magazine. A three-time winner of the Golden Leaf Award presented by the New Jersey Romance Writers, Stewart was recently awarded their Lifetime Achievement Award (which placed her in their Hall of Fame along with former recipients Nora Roberts and Mary Jo Putney — very excellent company, indeed!)

After having written seven contemporary romance novels, Stewart found true happiness writing murder and mayhem. She considers herself one lucky son of a gun to have landed the best job in the world: getting paid for making up stories. At home. In sweats and J. Crew flip flops. Could life be sweeter?
Posted by gpangel at 12:30 AM