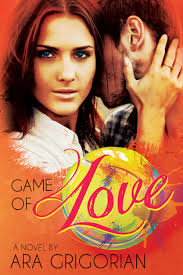 
Gemma Lennon has spent nearly all of her 21 years focused on one thing: Winning a Grand Slam.

After a disastrous and very public scandal and subsequent loss at the Australian Open, Gemma is now laser-focused on winning the French Open. Nothing and no one will derail her shot at winning – until a heated chance encounter with brilliant and sexy Andre Reyes threatens to throw her off her game.

Breaking her own rules, Gemma begins a whirlwind romance with Andre who shows her that love and a life off the court might be the real prize. With him, she learns to trust and love…at precisely the worst time in her career. The pressure from her home country, fans, and even the Prime Minister to be the first British woman to win in nearly four decades weighs heavily.

As Wimbledon begins, fabricated and sensationalized news about them spreads, fueling the paparazzi, and hurting her performance. Now, she must reconsider everything, because in the high-stakes game of love, anyone can be the enemy within…even lovers and even friends. In the Game of Love, winner takes all.

Game of Love by Ara Grigorian
My rating: 5 of 5 stars

Game of Love by Ara Grigorian is a 2015 Curiosity Quills publication. I was provided a copy of this book by the publisher in exchange for an honest review.

When I noticed this book was listed in both Contemporary romance and New Adult, I almost passed on it because, for too many reasons to list here, I am really burned out on New Adult at the moment. However, I have reviewed books for Curiosity Quills in the past and have been impressed with their quality of books, so I decided to give this one the benefit of the doubt.

Well, as it turns out not all New Adult books are created equal....

Gemma is a star Tennis pro struggling with life in the fast lane of fame and fortune. She is determined to make her late father proud and reach her ultimate personal goal of winning a grand slam at Wimbledon. But, some personal and embarrassing setbacks is making it hard for Gemma to focus, especially when everyone wants a piece of her.

The tabloids can't get enough, always speculating on her love life, her manager only sees her as a cash cow, and her best friend and assistant often gets pressured by both sides. Her life is lived out in front of the camera's eye, but it's all staged. No one seems to know the real Gemma, nor do they seem to care.


“It is dangerous to let the public behind the scenes. They are easily disillusioned and they are angry with you, for it was the illusion they loved.” ( W. Somerset Maugham)


But, when Gemma has a chance meeting with whiz kid, Andre, a young man on the verge of financial security once he completes his current project, the two realize they have a lot in common. The difference is, Andre doesn't have to live his life in the public eye and Gemma does. That doesn't mean he is under any less pressure to do things he is uncomfortable doing, or that he doesn't have people surrounding him who only have their own best interest at heart, because he is.

However, Andre can't wrap his head around Gemma's lifestyle and her intense need to keep their relationship a secret. But, Andre is beginning to lose patience with Gemma and before it's all said and done, she will have to make a choice. Will she choose tennis, endorsements, movie deals, with all the trappings of fame and money? or will she choose love and a slower paced lifestyle with Andre?

The author did a fantastic job of depicting the life of a young tennis star. Not only is there pressure to win, but, shady and seedy people surround them often putting them into adult situations they are too young to handle or turning them into a celebrity instead of letting them focus on being an athlete. Gemma was pulled in all sorts of directions and no one ever came to her rescue or really cared what was best for her personally, until Andre came into her life. But, by that time, Gemma was so jaded and paranoid, she couldn't stop living in the loop she was so accustomed to.


Andre was my kind of book hero. He too had money, success, and was driven, he was pressured and overworked, taken advantage of, just like Gemma, but he did have a stabilizing influence in his life once, who taught him that not everything worthwhile in life can be bought and paid for. So, Andre is able to see things in a way Gemma is not. I loved how Andre was a super intelligent guy, not some muscle bound alpha male, but sexy in his own way. Yet, he pulls out all the stops, isn't shy with the grand gestures, which makes him the perfect leading man.

Gemma admires Andre for who he is on the inside as he becomes the only rock she has to lean on, the only person she can put all her trust in. The battle is not an easily fought one, especially for Gemma, who still has a lot of growing up to do before she realizes how important Andre is to her and can begin to put things in their proper perspective.

The characters are well drawn, the pace is even, and the author kept me interested and engaged in the story. Even though the characters are young and they do act their age, which will make them relatable to the NA audience, they are not the self absorbed, extremely immature characters I see so often in this genre, but they are very easy to care for, to become angry on their behalf, worry about, and at times become frustrated with. Also, the dialogue is believable, and thankfully free of too many “colorful metaphors” , and the sexual content is handled very tastefully, which is a refreshing change of pace.

As a big fan of quotes, I enjoyed the ones the author used to kick off each chapter. The book is very classy, well written, thought provoking and entertaining. Very well done! 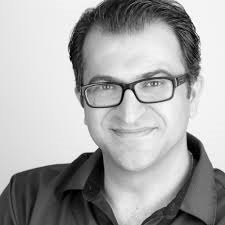 Armenian by heritage, born in Iran, lived in Barcelona, and escaped New York until he found his home in Los Angeles, Ara’s first eleven years were both busy and confusing. The fruit salad of
languages would slow down his genetically encoded need to tell stories. Until then, an alter ego would be required…
He received an engineering degree from California State University Northridge and earned his
MBA from the University of Southern California. Today, he is a technology executive in the
entertainment industry. True to the Hollywood life, Ara wrote for a children’s television pilot that could have made him rich (but didn’t) and nearly sold a video game to a major publisher
(who closed shop days later).
But something was amiss until his wife read him the riot act. “Will you stop talking about
wanting to be a writer and just do it?” So with her support (and mandate),
and their two boys
serving as his muse, he wrote stories.
Fascinated by the human species, Ara writes about choices, relationships, and second chances.
Always a sucker for a hopeful ending, he writes contemporary romance stories. He is an alumnus
of both the Santa Barbara Writers Conference and Southern California Writers’ Conference
(where he also serves as a workshop leader). Ara is an active member of the Romance Writers of
America and its Los Angeles chapter.
Ara is represented by Stacey Donaghy.
Find Ara Grigorian Online:
Website | Facebook | Twitter | Goodreads 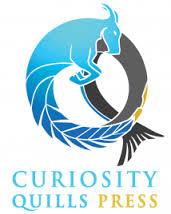 Curiosity Quills Press (CQ) is a small hybrid publishing company specializing in genre fiction of the highest quality. With 150+ titles in our catalog already and approximately 6 new books
coming out each month, there’s never a dull moment at CQ. We work with major retailers such
as Amazon, Barnes & Noble, and Audible to ensure that you, the reader, can find whatever you are looking for at your convenience.
Founded in 2011 by Eugene Teplitsky and Lisa Gus, CQ was initially a resource portal for
writing and publishing, created in an effort to help writers, like themselves, survive the
publishing industry. After rapid success, CQ morphed into publishing press that over time has
solidified its share in the market. Now we spend our days searching for the next great escape!
Website | Facebook | Twitter | Goodreads
Posted by gpangel at 1:00 AM