One wedding. One curse? Disaster ever after…


A seven-years-bad-sex curse? Surely not! Yet something went wrong when rock singer Casey and drummer Alex got married on that beautiful yacht anchored off St Tropez in the south of France. Something went badly wrong. For even on their wedding night, the young couple discovers a complete and somewhat surprising inability to make love. Muddling through their honeymoon with a string of thin excuses for their predicament, the lovers defer finding a solution (and panicking) until the return to their home in London. After all, they married for life and to make rock music, not for the love of sex. Right?


But when they resume life as normal in London, all hell breaks loose. Increasingly frantic in their quest for release, the unhappy newlyweds embark on a string of hilarious and occasionally harmful antics that drives them, their band, and an assortment of random strangers to the brink of despair. But it ain’t over ‘til it’s over or, in this case… it ain’t over ‘til the newlyweds sing.

7 Years Bad Sex by Nicky Wells
My rating: 5 of 5 stars

7 Years Bad Sex by Nicky Wells is a 2015 publication. I was provided a copy of this book in exchange for an honest review.

Well, with a title like this, one simply can not help but be curious, because this is the stuff nightmares are made of. The thought of it alone is enough to make a person break out in a cold sweat. But, for Alex and Casey, the nightmare is a terrifying, and as you can imagine, frustrating reality.

Alex, a rock musician and Casey, a singer, are the perfect couple. They are deeply in love, compatible in every way, including in the bedroom, until they get married and take off on a three week honeymoon vacation. All of sudden Alex is unable to perform sexually, and no matter what they do nothing seems to help. Initially, they make light of it, but as time passes, desperation sets in. Casey and Alex then embark on a hilarious quest to restore their once sizzling sex life.

I have said this on several occasions, but it is worth mentioning again, I have a love/hate relationship with romantic comedy novels, mainly because what passes as comedy in many cases, is just plain silly to me. Then there are RomComs like this one. Laugh out loud funny, but cohesive, and underneath it all a wonderful love story. The lengths Casey and Alex go to and the things they are willing to try, which often leads to “epic fails” are hilarious, and sometimes cringe worthy. But, there is also the the mounting frustration, then the desperation, then the sadness as the situation begins to take it's toll on the relationship. Can the marriage be saved? Is there really curse? Will Alex get his Mojo back?

If you enjoy contemporary romance, and romantic comedy, you really should check this one out. It 's a super fun read, and I definitely recommend it.

So what are you waiting for? Go and grab your copy! Here’s that link again: 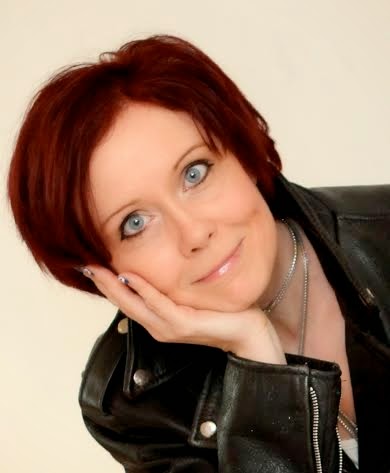 About Nicky Wells: Romance that Rocks Your World!


Nicky’s books offer glitzy, glamorous romance with rock stars—imagine Bridget Jones ROCKS Notting Hill! If you’ve ever had a crush on any kind of celebrity, you’ll connect with Nicky’s heroes and their leading ladies.


Born in Germany, Nicky moved to the United Kingdom in 1993 and currently lives in Lincoln with her husband and their two boys. Nicky loves listening to rock music, dancing, and eating lobsters. When she’s not writing, she’s a wife, mother, occasional knitter, and ad-hoc radio show presenter. Rock on!


Did you know? There’s a single out now by Nicky’s fictional rock band Tuscq come to life! “Love Me Better” is available for download from Amazon, iTunes and many other places. 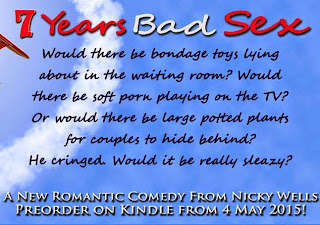