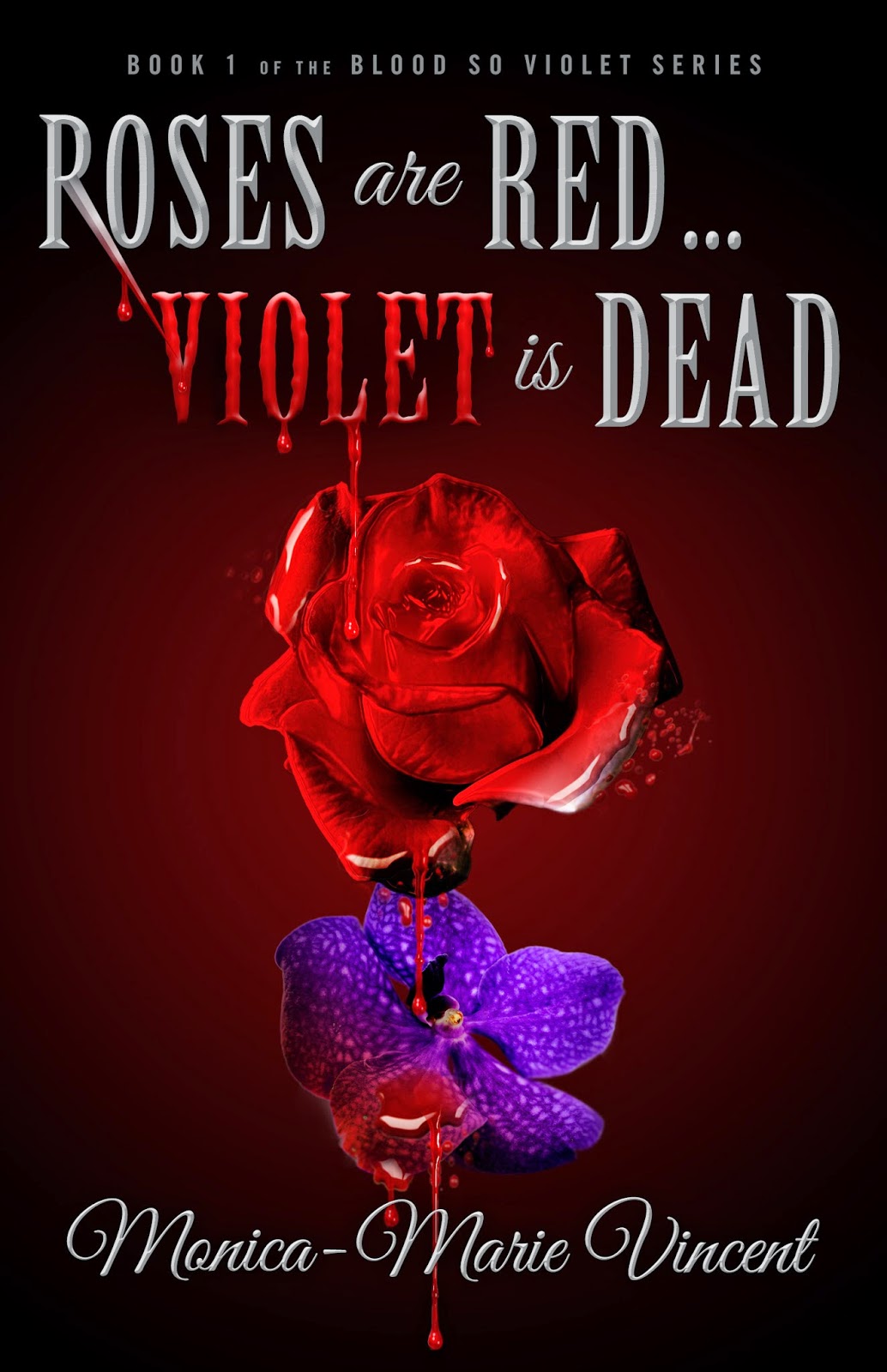 Violet Sumner has a stalker.

Between her largely dysfunctional family of two and the friends she doesn’t feel particularly close to, Violet thinks he’s the least of her problems. What she fails to understand is that the guy is no prankster and soon people turn up dead or missing. Because of her.

Things change when Violet’s best friend disappears and realization sinks in that the stalker means business. Denial put aside, Violet has no other option but to accept the help of police Sergeant Willard Kelley and his rather sweet protégé, to come to terms with the seriousness of the situation.
Yet nothing could’ve prepared her for her close up with the psycho.

Who will survive in this tale of obsession and misplaced devotion?

"Can I get a tall black coffee to go, please?" he asked as he whisked past me to the counter.
Jordan nodded and grabbed the cup, casting a worried look in my direction. She hadn't missed that I wasn't comfortable with Colton. Her movements were swift, but for some reason they seemed like slow motion to me. It took everything I had to glance up at Colton's face. Since when was he a fan of coffee?
Colton's posture was relaxed as he leaned on the counter, smirking in my direction. "Fancy meeting you here, Vi," he fired off cockily. He chuckled as he handed Jordan money with one hand and took the coffee with the other.
"Well, I'm here every morning. What's your excuse?" I rolled my eyes as I put my hand on my hip, my spine straightening to my full height of five-foot-four.
"Decided I needed a little 'pick me up’. What's better than a nice steaming cup of coffee?" He held up his cup like he was going to cheers with mine. I clutched my cup a little closer to my chest.
"Didn't you have to drive out of your way to get here?" I refused to meet his gaze.
"Yeah, so?" He challenged.
"So? Coffee isn't even your thing." I stepped back and held my chin up defiantly.
"I wanted to come and see a friend. Is that OK?" He flashed his notorious megawatt smile.
"Colton, we're not friends. Shelby and I are friends. You and Blake are friends. But you and I, we're not friends." I gestured between us, emphasizing my point.
"Yeah, because you are the only reason in the world that I would come here." He licked his lips as he pushed himself into a standing position. A predatory smile emerged. "Aren't we a little full of ourselves this morning?"
I could feel all of the blood draining out of my face and into my feet. Feet that refused to move toward the door. Silently, I tried to will Jordan to say something, anything, but she had made herself busy behind the counter. My dry mouth couldn't form any words to rebut what Colton had said. All that was missing was for me to be standing there in my underwear like one of those nightmares where you go to school naked, only I was standing in the middle of Starbucks.
"It doesn't have to be this way. You don't have to be such a bitch to me. I'm your best friend's boyfriend. Maybe it's time you come to terms with that." A slow, smug smile spread across his face."Whatever. I'm going to be late." I tossed my hair over my shoulder, turned to wave at Jordan, and fled the store like he was chasing me.

Roses are Red... Violet is Dead by Monica-Marie Vincent
My rating: 4 of 5 stars

Roses are Red... Violet is Dead by Monica-Marie Vincent is a March 2015 Booktrope publication. I was provided a copy of this book in exchange for an honest review.


This is one of those super edgy YA novels, but instead of the usual dystopian and paranormal vampire tropes, this one is a mystery suspense thriller.

The story is told in first person narrative by Violet, a seventeen year old girl trying to cope with the aftermath of a car accident that took her father's life and left her mother with disabilities. Violet is now the adult in the family since her mother turned to alcohol as a way to cope, leaving Violet to deal with things a girl her age shouldn't have to. If that weren't enough to deal with, she begins to receive vaguely menacing text messages using the “Roses are Red” rhymes.

Although the messages are creepy and she is disturbed by them, she tries not to let them get under her skin. She is more worried about her grades, getting into college, her mother's drinking, her new boyfriend and the subtle changes she has noticed in her BFF, Shelby.

But, when the text messages are backed up by action, namely murder, Violet discovers that someone close to her is obsessed with her and is taunting her with her Native American heritage, and becoming more and more aggressive as time passes.

It should be noted that this is a YA novel for the older teens or YA reader. This is a mystery that progresses in the same way that an Adult novel would , which means there is very course language, sexual references and is a realistic depiction of this age group, not a sugar coated one. ( although at times the language was a little too much, even for me)

For me the characterization was what pulled me into the story. Some people crumble in the face of adversity, some rise up and become stronger because of it. Violet is one of the strong ones, but she doesn't know it just yet. She is still at that tender age right on the cusp of adulthood and is plagued by self confidence issues and has dealt with more than most her age, and as Danny said, she handled it a lot better than some adults.

As edgy and compelling as Violet's life was, dealing with home and family issues and complex personal relationships, the mystery suspense part didn't come together as cohesively as I would have liked. The storyline is a familiar one. The obsessed stalker who will kill to impress their target, which is fine, but in this case it was little predictable. Some of the methods and staging of the murders stretched the realm of plausibility of what a novice could pull off. Still, the author did create a creepy atmosphere and it did make me feel a little jumpy at times.

So, in the end what I liked about the story was that the characters each came through a horrific ordeal having learned something about one another and themselves. Instead of increasing the gap between them it drew them all closer together and even created new lasting relationships with people we know are going to be an asset and a much needed support system for Violet.
This author has talent and I think those who love YA novels are going to enjoy this one especially, plus, any girl with an addiction to Diet Coke is all right by me. 4 stars

Monica-Marie Vincent writes Young Adult novels about troubled teens and even more troubled parents. She currently lives in Sacramento, CA although she would rather be in her home town of San Francisco. Thanks to her very put upon husband Monica-Marie is always well stocked with coffee, Diet Coke, and Cheddar Jalapeno Cheetos, so she wouldn't have to move away from her writerly lair to do mundane things like shopping.