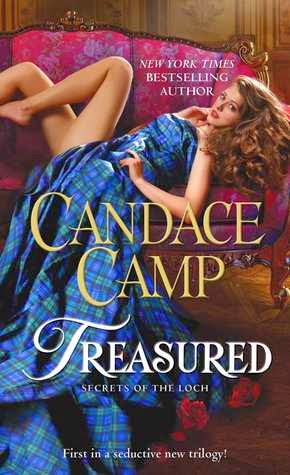 Love is in the cards for a young Scottish heiress in the first book of a delicious new trilogy of historical romances, Secrets of the Loch, from New York Times bestselling author Candace Camp.

A family legend of hidden treasure mingles with the mist over the shores of Loch Baille . . . But it’s not the cache of gold dating back to Culloden that Jack Kensington claims when he arrives in the Highlands; it’s the house he won in a London card game from a luckless Scotsman.

Stunned to learn that her wastrel brother wagered their family estate, Isobel Rose must find a way to save her home and the people she loves . . . even if it means accepting a loveless marriage. Or perhaps not so loveless? Isobel unlocks the secrets of desire in the arms of the mysterious and handsome Englishman, but a series of “accidents” makes her fear that she will soon be a widow instead of a wife.

As their hunt for lost riches turns into the search for a killer, Isobel fights her attraction to the man who stole her birthright . . . but can Jack convince Isobel that he can provide a home for her heart, and a love to treasure?

Treasured by Candace Camp
My rating: 5 of 5 stars

Treasured by Candace Camp is a 2014 Gallery/Pocket Books publication. I was provided a copy of this book by the publisher and XOXperts in exchange for an honest review.

I have read books by Candace Camp for years and she is an author I trust to write a historical romance the way they should be written. This book was true to the time period in language, customs, the laws and moral codes of the era.

When Jack Kensington wins Baillannam in a game of whist, he travels from England to Scotland to have a look at the property, although he doesn't intend to keep it. He is shocked to find the place occupied by the previous owner's sister and elderly aunt.

Isobel is heartbroken that her careless brother has lost thier home and she will have to find a place to live and house her Aunt Elizabeth, who is suffering from dementia.

With little recourse, other than imposing on relatives who were in no shape to house two other people or were just too overwhelming for Aunt Elizabeth, Isobel is running out of options, until a friend suggested she consider marriage. A union between Jack and Isobel had many benefits, so Jack agrees to Isobel's proposal.

The history of Kinclannoch is provided to Jack by Isobel and includes the legend of a buried treasure, one that Aunt Elizabeth's father, Malcolm, had allegedly procured back in the 1700's, but then he disappeared and the treasure was never found. Now that Jack has arrived the mystery deepens when evidence is found regarding Malcolm, and Elizabeth's stubborn belief that she saw her father on the night he vanished. This new information is coupled with some rather odd “accidents” Jack is the victim of, leading Isobel to believe someone is trying to murder her husband.

I adored Jack and Isobel individually and as a couple. Jack was not the rogue he believed himself to be, and was often very hard on himself. He did attempt to pass himself off as a true gentleman and told little fantastical lies here and there, but he did have more of a moral code than he thought. I never felt a arrogant vibe from him, nor was he cruel in anyway, when by legal rights he could have been a real arse. Isobel complained at times that he was too shallow, or too quiet, which he was, but they both sold him short as he proves he has real mettle and is truly a good guy.

Isobel was a strong woman willing to make necessary sacrifices for her home, family and those who counted on her, is loyal to a fault, and was a character that earned my respect. She is a great example of how authors can write a strong, independent female character whose strength speaks for itself. The author did not have to beat the reader over the head to get that point across. Isobel had very few options, but she was smart, managed the entire estate, and was admired, loved and respected greatly by her staff. She was very impressive and I grew to like her a lot.

I love a mystery mixed in with my romance and this book has a cold case to solve as well as a “present day” series of alleged “accidents” that are in fact attempted murder. Lots of people had a motive for wanting Jack out of the way... including Isobel.

Overall the primary focus for the first half of the book was on the relationship development between Jack and Isobel, but when Isobel's brother finally shows his face again, and brings company with him, the story shifts a bit and the mystery begins to take center stage.

I enjoyed the story very much, even if was a bit understated. It did go through some rather dry areas where there wasn't a lot going on or the conflict wasn't all that angsty or was resolved without a lot of heavy melodrama. But, I found that refreshing, actually. We are reading about adults who had to deal with serious problems and didn't have time to wallow around in self pity or indulge in the screaming me-mes.

The side story involving Jack's mother and Aunt Elizabeth's developing friendship was also a nice touch and spoke to the power of friendship.

It was also such a relief to read a historical romance that wasn't peppered with F bombs and other language that didn't belong in a historical romance, and didn't break a thousand other rules in regards the historical accuracy, but still made the book easy for the modern reader to relate to. Because of that, this one gets a higher rating. 4.5 rounded to 5. 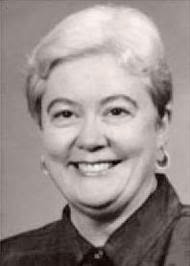 Candace Camp is the New York Times bestselling author of over sixty books.

Her first novel, *Bonds of Love*, was published by Jove Publishing in 1978, under the pseudonym Lisa Gregory. Two pseudonyms (Kristin James and Sharon Stephens)and many books later, Candace writes under her own name Candace Camp and still loves creating stories.

Candace lives in Austin, Texas, with her husband and is the mother of Young Adult author Anastasia Hopcus.