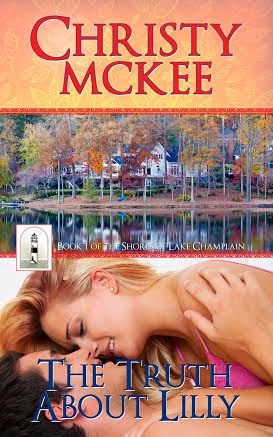 Lilly Talbot never imagined she would be starting her life over again. Losing her good name for something she didn’t do has driven her to move into an old lake house she inherited in Vermont. Upon arrival, she is shocked. Half the roof is about to slide into Lake Champlain. Even more upsetting, the man who can fix it will only agree if she trades him room and board for his labor. What will the good people of Haley think of her sharing a house with the handsome bachelor?

A man with a past…

Connor “Mac” McQueen, once one of the infamous Whiz Kids of Wall Street, spent three years in prison for insider trading. Only one thing sustained him during his time inside, the thought of owning Point Cottage, a home he’d fallen in love with years ago. He plans to turn the house into a stunning showcase for his eco-friendly home construction business.

Now someone’s trying to drive Lilly from her home. Is it someone from her past? Mac has secrets of his own-- that could ruin lives if revealed. But if Lilly and Mac are to have a future together they must first delve into the past for answers and accept some difficult truths about each other. Only then, will they know if true love is in their hearts.

Mac took a step closer, their bodies not touching, but close enough that his heat pulled her like a magnet. For just an instant she wanted to lean into his warmth and feel his powerful arms around her. Deep in her bones she ached to be held by a man, to be comforted and told everything was going to be all right, even if she only believed it for the space of a heartbeat.

"Just bad luck." Mac gently patted her on the shoulder.

Lilly’s red hot anger at seeing her car defaced began to cool. The antiquated station wagon was years past retirement age, so it really wasn’t that big of a deal. She tried to sound more normal, less like a crazy person, and put an optimistic spin on what just happened. “Actually, you're right.” She forced a semblance of a smile.

"Oh?" Mac looked down at her, surprised she'd agreed with him.

"Last week I had a blue Mercedes soft top.” She didn’t elaborate that it was a leased car, and she could neither afford to buy or lease another one. “If vandals had done this to that car, your sheriff would have found the culprits strung up by their toes in some of those big ole' trees in the front yard."

"Blood thirsty little thing, aren't you?" He offered up a rusty chuckle, relieved at her lift in spirits.

"You know us Southerners. We still have our backs up over the War of Northern Aggression."

"Tell you what. Skip the fried chicken tonight. I'll take you into town for dinner at Mildred's. Consider it a gesture of reconciliation from a Yankee to a transplanted Southern belle."

A distraction would do her good. "I'd be delighted."

Sweet Jesus. She couldn't think of the last time a man had actually winked at her. Maybe back in college? To her way of thinking, when a man winked at a woman he was giving her a lightning fast glimpse of the bad boy in him. Glen hadn't had a drop. Mac was another story. Mac MacQueen had a whole lot of bad boy in him and was the last kind of man she should take up with considering her quest for a spotless reputation in her new hometown. But tonight was only dinner, and regardless of what Mac said, it was definitely not a date. 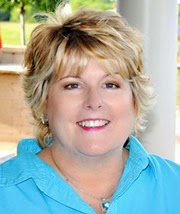 Christy McKee began her career in TV news and eventually found her way into advertising and finally fiction. She believes a good story should be about characters who win your heart, sometimes move you to tears and occasionally make you laugh. As a reader, Christy hopes you'll be swept into her characters' lives enjoy getting to know them, experience the challenges they endure and be with them when they come out on the other side.